June is National Indigenous History Month, a celebration of the vibrancy of Indigenous communities in Canada. Yet in 2020, Indigenous peoples are still sharing their experiences of how unsafe and discriminatory many spaces in Canada can be for them. In particular, Indigenous and other racialized journalists have voiced their stories of isolation or oppression, whether working in newsrooms or as consumers of news looking to see themselves meaningfully reflected in bylines and stories.

Many of these journalists have expressed solidarity with Christine Genier. A citizen of the Ta’an Kwach’an Council and a former host of Yukon Morning, Ms. Genier shared a public blog post after resigning from the CBC in frustration over the systemic racism she had experienced and witnessed in mainstream media. “Hire Indigenous and Black producers. Hire Indigenous and Black hosts and reporters,” she says in her post. This shouldn’t be that difficult. And yet somehow it is.

Efforts and calls to dismantle racist barriers for Indigenous and other racialized journalists in the media are not new. Journalists for Human Rights has been implementing its Indigenous Reporters Program with the goal of increasing both the quantity and quality of Indigenous voices and stories in Canadian media for the past seven years.

Despite some advances, which include changes to terminology describing racialized peoples in style guides at The Toronto Star and The Canadian Press, it’s clear Indigenous and other racialized journalists still experience a stifling of their voices and lived experiences.

Right now, in a moment of solidarity and shared understanding like no other, journalists in Canada are expressing common experiences of racism and discrimination in newsrooms from coast to coast to coast. Now is the time for meaningful change.

Diversity in media that is representative of the population should be a minimum standard for all newsrooms in Canada. To take it a step further, this diversity needs to be reflected at all levels of the media – promoting diverse talent into decision-making leadership roles and onto governance boards. Without this, editorial boards will continue to miss the mark on their public positions, thus alienating racialized journalists who have little say in how their newsroom is speaking on behalf of them.

Or consider the mainstream media’s response to the most recent calls for justice in the Missing and Murdered Indigenous Women and Girls report. Rather than focusing on the report’s content, commentators debated the word “genocide.” This derailed the work of Indigenous women, girls and 2SLGBTQQIA (Two-Spirit, lesbian, gay, bisexual, transgender, queer, questioning, intersex and asexual) people, taking the urgency and accountability out of the conversation. A year later, the federal government still has not released a national action plan to implement these calls.

The stories of discrimination echoing across social media in 2020 represent an urgent call to move media forward toward a truly non-discriminatory representation of Indigenous experiences in Canada. Success will require efforts at all levels, particularly from decision makers in the media.

To date, Journalists for Human Rights’ Indigenous Reporters Program has trained more than 1,600 journalists from across Canada in best practices when covering Indigenous stories. We do this because we believe it is not the responsibility of Indigenous peoples to educate their colleagues while also trying to do their jobs. Instead, media organizations need to invest in training for non-Indigenous staff and practise inclusive hiring. Many, including this newspaper, have embraced the training; some have even heeded the call to hire Indigenous staff. Yet given the explosion of stories of discrimination, it is clear there is still a lot more work to do. In addition to training, Journalists for Human Rights is also helping support emerging Indigenous reporters in newsrooms and is training remote First Nations communities to create their own media projects.

Summer 2020 should be a tipping point: The media in this country must be representative of the population they serve. This means not just listening to the voices, but implementing calls and demands from the public and journalists to do better. It means promoting Indigenous and other racialized journalists into leadership roles. It means prioritizing the stories and perspectives of Indigenous and other racialized people. It means meaningful action, now. 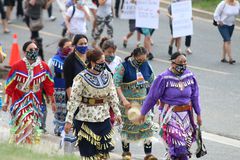 Opinion
My Black ancestors fled America for freedom. I left Canada to find a home. Now both countries must fight for a better world
June 10, 2020 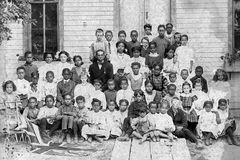 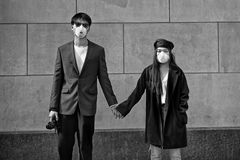