In its 2019 annual report, the National Security and Intelligence Committee of Parliamentarians documented an array of efforts by foreign powers to exert a corrosive influence over other countries, including this one.

To little surprise, the People’s Republic of China was identified as one of the worst offenders.

The report drew particular attention to a PRC law that directs all Chinese entities and individuals to contribute to state security and co-operate with intelligence services. The edict, the document noted, extends to Chinese groups and individuals operating outside the country.

It’s an all-encompassing doctrine fundamental to the country’s approach to statecraft, one rooted in the belief that there are two ways to gain power and influence over others: weapons, and language and culture.

Which brings us to the Confucius Institute.

This week, The Globe and Mail published yet another disturbing story about how Beijing is using these Chinese-backed educational operations for potentially nefarious means. E-mails and other documents obtained by The Globe verify what has long been suspected: There is far more going on at these operations than simply teaching Mandarin.

The records show that Beijing-based Confucius Institute administrators demand reports from those running their operations abroad on “external affairs,” including local political activities. It documented the control that the Communist Party exerts over the curriculum. The Globe watched a video of children at an institute in the Metro Vancouver city of Coquitlam standing in their classroom, pumping their fists and chanting: “I am proud! I am Chinese!” It could have been any classroom in Shenzhen.

Administrators in this same school district have come under fire in the past, for taking all-expenses-paid junkets to Beijing and other cities courtesy of the Chinese government. Students have also made these trips, which are intended to allow these folks an opportunity to witness firsthand all of the wonderful and joyous things the Chinese government is doing for its people.

It’s doubtful that any recent tours have included stops at the prisons where Canadian hostages Michael Spavor and Michael Kovrig are being kept. Or the detention camps where the Chinese government has rounded up innocent Muslim Uyghurs. But I digress.

But not everyone sees the Confucius Institutes as innocently as school administrators in Coquitlam and elsewhere do. Several school districts, including in Toronto, have long since terminated their relationships with the organization, as have a few Canadian universities; New Brunswick plans to do the same by 2022. This has become a trend in the United States as well, where a number of colleges have said farewell to Confucius operations on their campuses.

The alarms down south have been sounded both by academics and top security officials. FBI director Christopher Wray testified before Congress in July, 2019, that the institutes offer the Chinese government a platform to disseminate “Communist Party propaganda, encourage censorship and to restrict academic freedom.”

This spring, meanwhile, Sweden became the first European country to shut down all CI operations in that country. While the government there had the same concerns about the institutes being mere propaganda arms of the Chinese government, it was also unquestionably influenced by the unjust detention of Swedish bookseller Gui Minhai, who was sentenced to 10 years in a Chinese jail for selling texts that were critical of President Xi Jinping.

It’s appalling that we, in Canada, allow Confucius Institutes to operate under the present circumstances. We have no laws or protections to force organizations acting in the interest of foreign powers to be registered and accountable. The United States, for instance, recently demanded that any Confucius Institutes that remain in the country register as a foreign mission. This means they must submit reports about their funding, personnel, curriculum and other activities. The Chinese government was furious.

In 2018, Australia passed the Foreign Influence Transparency Scheme Act, which forces foreign-controlled entities to be much more accountable about their activities. It’s a law we should be bringing in here to thwart the unfettered access foreign governments seem to have in this country.

I fully support teaching the Chinese language and Chinese history in our schools. But we should fully control that curriculum, at any level. It should not be provided by others, especially by agents of a corrupt, oppressive regime that has kidnapped two of our countrymen in a subversive act of hostage diplomacy.

Under the present circumstances, there is no shame in saying that the Confucius Institute is not welcome here. The shame is that it still is. 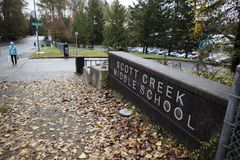 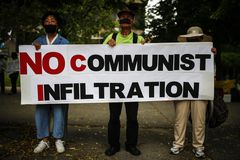