When Alberta Premier Jason Kenney likened the current economic predicament that his province is facing to the Great Depression, it stopped people in their tracks.

“We must begin to prepare ourselves for a time of adversity unlike any we have seen since the 1930s in this province,” Mr. Kenney said.

Normally, politicians are averse to panicking the public. This was the opposite of that. And there were certainly some who thought the Premier had gone too far, that he was guilty of gross hyperbole.

In fact, what Mr. Kenney was doing was being completely honest with people. They are almost certainly in store for a world of hurt that will not be shared by another province in the country outside of Newfoundland and Labrador.

The combination of a pandemic that is cratering economies around the world, and a fight largely between Russia and Saudi Arabia over market share that has caused a calamitous drop in the price of crude, has put Alberta in an unimaginable bind. This, just as the province was seeing the first green shoots of economic life after five years of stagnation that followed the previous major drop in oil prices in 2014-15.

“We could see in March the sharpest employment decline in any month [in Alberta] in recorded history,” University of Calgary economist Trevor Tombe says.

“We might see something where employment drops in the order of 10 per cent.”

“So we’re looking at a drop here in March that exceeds the worst quarter of the Great Depression,” Mr. Tombe says.

Alberta is potentially looking at a deficit this year of $15-billion or higher – that would be more than double what was projected in the recent budget, Mr. Tombe says. Next year’s deficit was forecast to be $2.7-billion. You can scrap that.

Another huge problem is no one knows where oil prices are going. The impact COVID-19 has had on them is profound. Western Canadian Select, the benchmark for Alberta crude, was US$13 a barrel on Thursday (It crashed into single digits earlier in the week). The provincial budget is based on an average price of US$58 a barrel.

Economist Jack Mintz told the Financial Post this week that the oil-price tremor on its own could easily take $45-billion out of the province’s economy this year, even if oil prices climbed to US$30 a barrel. The impact is $200-million a day, he told the publication.

And there is no guarantee of brighter days ahead. Mr. Tombe often looks at the futures market, where people buy and sell the future delivery of oil based on prices agreed to today. It provides a sense of where people are willing to bet they think oil prices are going to be a year from now or longer.

I could go on, but then that just gets extra depressing.

The good news is that Alberta has a friend in the federal government. As was reported in The Globe and Mail on Friday, Ottawa is preparing a multibillion-dollar bailout for the country’s oil and gas sector. According to our sources, it could mean as much as $15-billion for the industry in Alberta alone.

It won’t end the province’s problems by any means, but it could help keep some businesses afloat, help avoid more people joining the unemployment lines.

There may be some who will enjoy the irony of a province that delights in endlessly bashing Prime Minister Justin Trudeau and his government suddenly finding itself at their mercy. Conversely, there will undoubtedly be others in Alberta who feel any bailout is only fair, given the wealth that the province has transferred to the rest of the country over the years.

I think both perspectives are useless at the moment. If nothing else, the COVID-19 crisis has demonstrated one thing: We are in this together. But some of us are going to feel the pain that this crisis has created worse than others.

Right now, we should spare a thought for our friends in Alberta. There are going to be incredibly tough times ahead and they’re going to need our help. There should be no question that we’ll be there for them. 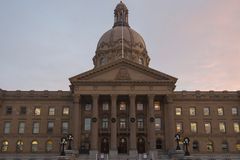 Pet adoptions on hold across Canada as animal shelters struggle to cope with coronavirus outbreak
March 19, 2020 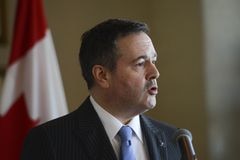