For the past two weeks, during a global pandemic, Pikangikum First Nation – a Northern Ontario community of nearly 3,600, located along the Berens River near the Manitoba border – has operated without a fully equipped police service or access to proper medical care.

Canada, meanwhile, appears to continue to suffer from long-term memory loss on what it means to be a treaty partner, as it relates to the legal and moral obligations stemming from the signing of Treaty 5.

And so Pikangikum Chief Dean Owen – knowing that federal and provincial lawmakers will not suddenly decide to wave a magic wand and turn around the destructive colonial systems currently in place, and that change will only come because First Nations demand it – is using this moment as an opportunity to transform policing services, bringing them up to the standards everyone else has in Canada.

On March 19, Chief Owen and the band council expelled the community’s 10-member Ontario Provincial Police force after misconduct allegations surfaced against officers, including claims of sexual and physical assault of women who had been brought into custody. An investigation into the allegations is now being conducted by the Special Investigations Unit, the body that investigates Ontario’s police.

While that process takes place, Pikangikum police – a small security force made up of trusted community members trained by the OPP – are now running themselves ragged, taking care of people while Chief Owen searches for relief, even going so far as to consider asking the Royal Canadian Mounted Police to step in. That is a move born of sheer desperation, given the RCMP’s fraught relationship with Indigenous peoples. The latest example of this was outlined in the RCMP Civilian Review and Complaints Commission’s recently released report, which made 47 findings and 17 recommendations concerning the deficiencies in the RCMP’s investigation into the death of 22-year-old Red Pheasant First Nation member Colten Boushie by the gun of a white Saskatchewan farmer.

But when the police left Pikangikum, the nurses there were also forced to leave, as per instruction by Indigenous Services Canada, or ISC. They were uprooted from their homes and patients, told to grab their bags and head out.

What kind of asinine, racist policy is on the ISC books that says the agency’s nurses can’t decide for themselves if they want to stay? Why did the nurses’ public safety suddenly come into question because the police officers – some of whom face allegations of abusing women – had left? And why make this decision during a deadly global pandemic?

Nursing care is currently flying in and out of Pikangikum daily on charters. I can’t imagine the human and monetary cost of this endeavour – displacing the nurses and then flying nurses in and out every day.

What happens if there is a medical crisis in the middle of the night? What if there is a complicated birth or a traumatic car accident?

Pikangikum should be in control of their own police force and health care. The community should not depend on a provincial police force it has lost trust in and a health service that the federal government can apparently revoke at will.

The nurses are the backbone of medical care in Pikangikum, a community roughly the size of Marathon, Ont. – a town with its own hospital that has full emergency services.

But Pikangikum continues to suffer under colonial oppression brought on by nearly 150 years of not being treated as a nation by Canada, a country that took away Pikangikum’s children and sent them to residential schools and, when the schools closed, had child welfare authorities continue to do the work of ripping families apart by putting children into welfare agencies. High youth suicide rates, substance abuse issues – including, at one point, a gas-sniffing crisis – and many homes without access to running water are examples of what those policies left behind.

While all of this chaos has ensued during the pandemic, Operation Remote Immunity came in and provided Pikangikum citizens their double doses of the vaccine, and the Eenchokay Birchstick School has remained open, says Nishnawbe Aski Nation Grand Chief Alvin Fiddler, who visited the community on Tuesday.

“Pikangikum has done amazingly well keeping COVID-19 at bay, keeping things going, keeping the school going. The teachers are all still there, they are teaching and those are non-Indigenous teachers,” Chief Fiddler said, adding that an absence of policing and health care would not be tolerated in a town the size of Marathon.

So we have to ask: Why is it acceptable in Pikangikum?

Yet again, we can see how Canada’s treaty breaches endanger lives. 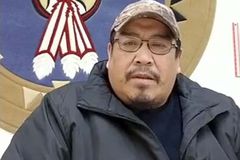 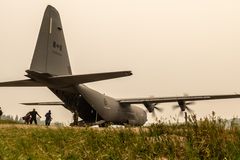 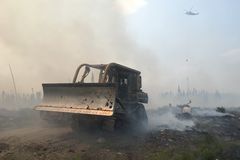