Linden MacIntyre’s most recent novel, The Winter Wives, will be published this month.

I have the impression that in our hemisphere, everyone is presented early in a life with an existential choice – to golf or not to golf. For many it isn’t really a choice at all, but a necessary pathway to professional or political advancement.

Such has not been my fate. I have had the luxury of a lifestyle and career that permitted me to sneer at golf and golfers. I once rashly described golf as a waste of grass and water.

I was, naturally, confronted by indignant golfers who challenged me to try the game or shut my mouth. They knew what they were doing. One does not “try” the game of golf as one does not “try” a drug like heroin. One plays the game with fanatical devotion, or quits, defeated, ego and reputation compromised.

Having spoken rashly, it was a challenge I was unable to ignore.

The only reason I ever played golf was to help an outfit dedicated to fiddle music, the Celtic Music Interpretive Centre in Judique, N.S. When I was growing up, nobody played golf but it seemed to me that almost everybody played the fiddle. Fiddle players were the rock stars of my culture. For a child, the surest way to get the respectful attention of an adult was to play the fiddle.

The world has in many ways overtaken the place where I grew up and, today, it is my sad duty to report, there are excellent fiddle players who play golf obsessively and sometimes well.

As a small boy, I once had fantasies about the power of creativity – the power delivered by the bliss that filled the eyes of adults either playing or just enjoying music they created.

And maybe, for just a moment, it was a memory that caused me to consent to join a tournament to help preserve the music I could never play. And maybe the reward for such consent would be to discover that I was actually good at golf.

I am so ashamed to confess such fantasy.

I never really played golf. I went through the motions for the greater cause, the music. I endured years of humiliation. You have to love golf to become even a mediocre player. I’d have been content with mediocre. I didn’t even become a really awful golfer. Every tournament made me even more non-golfer than before I ever picked up a golf club.

And yet, I found myself thinking about the experience long after the tournaments had ended.

Forget the game. Savour the experience. The social chemistry of golf, the mix of intimacy and conflict in bucolic settings, are natural ingredients for stories about shady business deals and troubled personalities. I happened to be writing such a story. The story was to be about drug dealing, money laundering, dementia and other subjects less bewildering to me than golf.

At the centre of my tale is a lawyer who can’t stand golf but loves the criminal he plays with, enjoys the pleasure his humiliations on a golf course give his friend and business partner.

The warmth of friendship is his reward. The game is the price he pays for the connection with a valued friend.

In writing about this relationship, I could finally enjoy the satisfaction of locating something useful in my memory of golf – a reassurance that the days I spent on a golf course feeling bleak and pointless really were productive. It was an entirely new perspective on the game and the phenomena of golfers – a greater appreciation of time spent lightly but maybe also usefully.

Of course, perspective isn’t knowledge. Experience delivers knowledge. I had a new and more generous perspective. But I remained ignorant about particulars of the game.

Then again, I have never dealt drugs or laundered money and I have, thus far, no personal experience with dementia. But over time I learned enough, from asking questions, to write about them.

Maybe it was time to ask some questions about golf.

I called a young enthusiast I know well enough to risk embarrassment. I asked: “How would you describe where you’re standing when you swing your golf club for the first time in a game of golf?”

And thus came forth the first line in a story that engages everything but golf.

The golf course scene which starts my novel is, I tell myself, a deferred dividend from time invested, time I always thought was merely wasted. Of course, it is not enough of a dividend to make me ever want to play the infuriating game again.

Opinion
Whether the claim is a deliberate plot or mere groupthink, conspiracy theories rest on the same wild improbabilities
Subscriber content
July 30, 2021 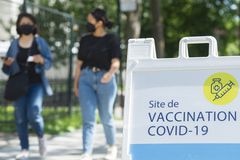 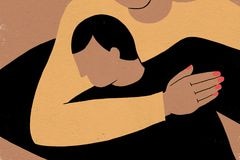