Jordan Stanger-Ross is associate professor of history at the University of Victoria and the Project Director of Landscapes of Injustice.

September 22 is an unusual anniversary. While commemorative dates often evoke national heroism or sacrifice, on this day Canadians are called to remember a moment when we grappled with our history. On this day in 1988, Prime Minister Brian Mulroney rose in the House of Commons to deliver our country’s first political apology for past wrongdoing. He offered "the formal and sincere apology of this Parliament” to Japanese Canadians for their unjust mistreatment during the 1940s. A landmark in Canadian history, it has been celebrated by Japanese Canadians ever since. As we remember this moment, we should also recognize Japanese Canadians’ current campaign for justice in British Columbia.

Japanese Canadians deserved an apology from the federal government. In the 1940s, it uprooted them their homes, forced them into internment and dispossessed them of their property. Almost 4,000 were exiled to Japan in 1946 after the conclusion of the war. The rest were banned from returning to coastal British Columbia until 1949. None were found guilty of disloyalty. Generations of activists within the community called for justice, and three decades ago, Parliament finally acknowledged the harm it caused.

The National Association of Japanese Canadians, which spearheaded redress in the 1980s, is now seeking a negotiated settlement with the British Columbia government. As a resident of B.C. and a historian of the internment era, I support them.

The history of internment has been remembered as a story of federal wrongdoing. And it should be. The Canadian government failed to uphold ideals of citizenship and equality. But the exposure of state misconduct cannot stop there.

The provincial government lobbied for the internment of all Japanese Canadians. Historian John Price has documented the sustained efforts of provincial ministers, Attorney-General R.L. Maitland and Premier John Hart to convince federal officials that British Columbians could “not feel safe” while any Japanese Canadians remained on the coast. These efforts swayed federal officials. Abandoning plans for a more measured response, they agreed to uproot every man, woman and child.

In the days after Japanese Canadians were forced from their communities, the properties that they left behind – businesses, farms and homes – were looted by former neighbours. One federal official remarked, “Almost every building formerly owned by Japanese [Canadians] ... has been entered at one time or another.” In the fishing village of Steveston, a child observed, “At night, you could hear the trucks coming up the road from Vancouver, and they were taking everything of value.” Local and provincial officials stood idle as the ransacking continued.

Meanwhile, the province participated directly in the administration of injustice. Provincial staff and MLAs helped to run the British Columbia Security Commission, which oversaw internment. They called the shots as Japanese Canadians were incarcerated by the thousands in the animal stalls of the Pacific Exhibition in Vancouver and then forced to shiver through the winter in tents and shacks in the B.C. Interior. At the same time, the province denied funding for the education of Japanese Canadian children.

Remembering the apology of 1988, Art Miki, then president of the National Association of Japanese Canadians, emphasized the importance of allies. The campaign for redress depended on the support of Margaret Atwood, Pierre Berton, June Callwood, unions and churches across the country, and the Assembly of First Nations. Together with allies, Japanese Canadians marched to Parliament Hill. Together, they convinced the government to learn its history and to understand its implications.

A few days ago, my daughter began high school in Victoria. Marvelling at her self-assurance, I watched her depart for the first day of class. Later that day, I listened to an interview of a Japanese Canadian who, at the age of 14, was uprooted from Victoria. He never continued his schooling. Looking back, he reflects, “I told myself, why should I go and get an education when everything they taught me ... all lies.” Contemplating where his life might have led under normal circumstances, he pauses, “I don’t know. I try not to think of it, it’s too big.”

Other British Columbians, who benefit from the opportunities of this province, should join Japanese Canadians in their stand for justice. Let’s call upon the provincial government to match, in its commitment to redress past harms, the energy and resources that it once spent to cause them. Maybe a generation from now, we will look back with pride on our own grappling with a difficult past. 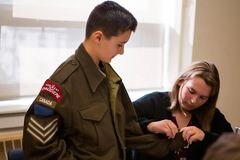 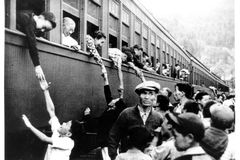 Opinion
Chinese-Canadians aren’t all Chinese – and that nuance must not be elided
July 15, 2019 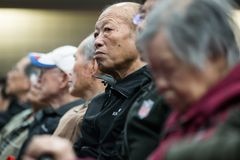