Richard Albert is the William Stamps Farish Professor of Law at the University of Texas at Austin, a former law clerk for chief justice Beverley McLachlin, and the author of Constitutional Amendments: Making, Breaking, and Changing Constitutions.

Alberta premier-designate Jason Kenney has threatened to hold a referendum on abolishing the federal equalization program if two conditions are not met by 2021: progress on a coastal pipeline and the withdrawal of legislation that would overhaul environmental regulations, and which Mr. Kenney calls the “no more pipelines” bill. The referendum proposal has attracted many critics, who say it’s a bad idea that would undermine Confederation, and a vote in Alberta would have no effect in Ottawa.

But the critics are wrong, and Mr. Kenney is right. Holding a referendum on equalization is a good idea that would strengthen Confederation, and a much needed move to remind Ottawa that it does not hold the only set of keys to open the Canadian Constitution.

Return, for a moment, to 2017. Amid the festive commemoration of the 150th anniversary of Confederation, Quebec premier Philippe Couillard proposed a grand idea: His province should take this special occasion finally to sign the Constitution – something it refused to do in 1982, when it was the only partner in Confederation to withhold its consent from the patriation agreement that brought our Constitution home from the United Kingdom.

Mr. Couillard moved on to other matters, as did Quebec, and Ottawa missed a unique opportunity to right a constitutional wrong that has endured for decades.

But Mr. Couillard was too quick to lay down his arms. He could have pressed the matter in the Quebec National Assembly by passing a resolution proposing to amend the Constitution to make it possible for Quebec to sign on. The rest of the country, including the federal government, would have had to take notice.

He failed to realize what Mr. Kenney today fully appreciates: A premier does not need the prime minister’s permission to start a national dialogue on constitutional reform.

On equalization, a referendum could deliver hard numbers to confirm what we have long suspected: Albertans feel underappreciated in the union, and believe they pay too much into the national pot while getting too little in return. This referendum result would vindicate Mr. Kenney and give him weight in his tug-of-war with Ottawa over Alberta’s provincial prerogatives.

But it would also revive the role of the provinces in constitutional amendment. Mr. Kenney will do what the former Quebec premier dared not, whether because Mr. Couillard did not want to challenge his partisan allies in Ottawa, or because he wanted only to raise the matter for politically expedient purposes before the provincial election in 2018 (which his party lost) – or because he simply didn’t know he could.

So, if Albertans vote in favour of ending equalization on Oct. 18, 2021 – the date set for the referendum Mr. Kenney promises to hold if his conditions aren’t met – his next move should be to marshal his legislative majority in Alberta to pass a resolution calling for an amendment to the Constitution. And as he pilots his amendment resolution to passage, he should persuade his counterparts in Newfoundland and Labrador, Ontario and Saskatchewan – the provinces most likely to support Alberta’s efforts against equalization – to ratify his amendment resolution. Ottawa quite simply could not ignore amendment resolutions from these four provinces. And other provinces may well eventually come aboard, especially if they become paying, not payee, provinces.

Whatever the outcome, Mr. Kenney’s explicit threat to hold a referendum alone will have achieved two important victories for Canada. First, it will have made clear that the constitution does not grant the prime minister veto power over a province’s right to initiate a constitutional amendment. And, second, it will have breathed new life into a confederation at risk of becoming diminished by the centralization of power in Ottawa. 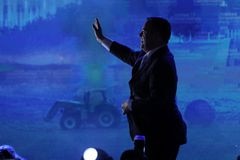 Opinion
Alberta’s nasty election is only a sign of things to come
April 12, 2019 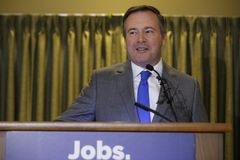