Jody Wilson-Raybould and Jane Philpott believe in a future where politics is done differently, one that doesn’t include decision-making based on short-sighted partisan considerations nor with power consolidated in the hands of a few.

In separate news conferences Monday, the pair sketched out their visions of a more utopian democratic system as they announced their intentions to seek re-election in their respective ridings as Independent candidates.

Not long ago, of course, the two women were central actors in the same system of government they now lament. But then the SNC-Lavalin scandal came along and before you knew it, they were gone from their senior roles in cabinet (Ms. Wilson-Raybould resigned in protest over the government’s handling of the matter; Ms. Philpott did the same, also citing a lack of confidence in the government). Later, the pair were booted from the Liberal caucus.

The experience, as traumatic as it was, seemingly hasn’t dimmed their interest in federal politics. On the contrary, they hope to return as independent actors, a decision they hope might incite a countrywide movement of candidates running free of party affiliation.

It’s hard to argue with the pair’s assessment of today’s politics. Hyper-partisanship has soiled meaningful debate. The unpleasantries exchanged in Question Period are worse than they’ve ever been. Just when you think the level of decorum has hit rock bottom, the bottom drops farther. In her statement, Ms. Wilson-Raybould says she wants to “change the way our parliamentary system operates.”

They certainly didn’t outline how they are going to change politics if they do overcome the odds and win re-election as independents. I’ll be eager to see the blueprint for that. But if they believe that they can do it based on the notion that they are now somehow synonymous with the words honour and integrity, they are deeply misguided.

Politics is an emotional business. People believe deeply and passionately about the issues. Conservatives are as invested in their doctrine as Liberals and New Democrats are. Reaching across the aisle to find consensus on issues is not always easy. And the presence of Ms. Philpott and Ms. Wilson-Raybould sitting in the far-off regions of the House of Commons will not alter that phenomenon.

There are also some practical matters to consider here in evaluating their chances of pulling this off.

Running and winning as an Independent candidate is tough; you face long odds. Only four people have done it since 1957. You have neither the party resources or financing of which to take advantage. Under current campaign finance laws, Independent candidates can only offer tax receipts for donations received during the writ period. That’s a huge issue.

But these particular two politicians face another problem: Not everyone is thrilled with what they did, especially Liberal supporters. Yes, many believe Prime Minister Justin Trudeau could have handled SNC much better than he did. But there is also a vast swath of the public that feels Ms. Wilson-Raybould and Ms. Philpott could have too. And that their actions, if anything, have helped ensure that Andrew Scheer and the Conservatives get elected in the fall.

The Conservatives must be thrilled about Monday’s developments. Ms. Philpott’s riding of Markham-Stouffville is a swing riding, where the Conservatives tend to do well. Now their odds of winning it have increased dramatically.

Ms. Wilson-Raybould’s chances in Vancouver-Granville are likely better but she will still need lots of help. The Liberals will run a strong candidate against her. If she decides to make her stand on SNC the defining issue of her campaign, she will alienate a lot of people. The animus that exists toward her greatly complicates the picture and makes it more difficult to ascertain how it all might play out.

That said, there remains great respect for Ms. Wilson-Raybould in Vancouver. I can’t imagine recruiting a strong campaign team with a healthy base of volunteers will be too difficult for her. It will be fascinating to see what the reaction is at the door.

At her news conference, Ms. Philpott said the decision of her and her friend to strike out on their own was a “cry for co-operation.” She said that when she began to sit as an independent after being evicted from the Liberal caucus, “I didn’t lose my voice, I found my voice.”

It sounded corny and a little trite. Her voice was stronger in government, and far more influential in cabinet. Both women have given up a lot to go this route.

Time will tell if it was worth it. But I have serious doubts it’s a strategy that makes much sense. 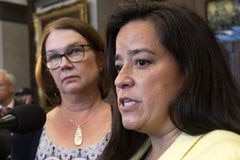 Opinion
The independent campaign of Wilson-Raybould and Philpott likely won’t succeed. But Trudeau should still be nervous
Subscriber content
October 2, 2019 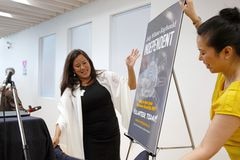 Quebec court to rule on whether SNC-Lavalin will stand trial
Subscriber content
May 27, 2019 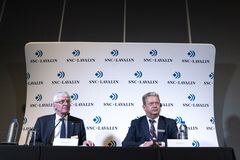