Hayden King is Anishinaabe from Beausoleil First Nation on Gchi’mnissing in Huronia, Ontario. He is the Executive Director of Yellowhead Institute, based in the Faculty of Arts at Ryerson University.

Jody Wilson-Raybould once invoked a tree metaphor to describe the relationship between Indigenous peoples and Canada. A tree with roots so neglected over the years they died, yet, we keep watering them expecting new growth.

On Wednesday, Ms. Wilson-Raybould set that tree on fire.

She brought light and heat to the SNC-Lavalin scandal and may end up bringing down the most senior political operatives and bureaucrats in the country and influencing a federal election. But there in her comments, too, was an image of our collective relationship.

At the end of her meticulous recounting of what she called “inappropriate” pressure her colleagues applied in an effort to defer SNC-Lavalin’s prosecution, Ms. Wilson-Raybould linked these two threads: “my understanding of the rule of law has been shaped by my experience as an Indigenous person and leader. The history of Crown-Indigenous relations in this country includes a history of the rule of law not being respected … And I have seen the negative impacts for freedom, equality and a just society this can have firsthand.”

Knowing these dynamics better than most, and despite any of her efforts, Ms. Wilson-Raybould has been a part of a government responsible for perpetuating lack of respect for the rule of law, in this case in relation to Indigenous issues. How can all of this be reconciled?

Earlier this year, in response to widespread outrage, “rule of law” was official government messaging when the RCMP served a pipeline company’s injunction in Unist’ot’en territory, on lands the clan has not agreed to share in a treaty (what the Supreme Court calls “title” lands). From Oka, Que., through Ipperwash, Ont., Caledonia, Ont., Elsipogtog First Nation and two dozen other examples of conflict over land, the rule of law is a prime-ministerial invocation that twists the law.

On criminal justice, the Supreme Court has demanded that the over-incarceration of Indigenous peoples be addressed with unique sentencing protocols known as the Gladue Principle. The directive is overwhelmingly ignored by lower courts, provincial and federal officials, and incarceration rates continue to rise.

Law after law dating back to the Gradual Civilization Act in the late-1850s have discriminated against Indigenous women. Canada has argued in court that the Charter of Rights and Freedoms doesn’t apply to First Nation women. Indeed, there is still gender discrimination in the Indian Act.

Indigenous children are somehow invisible to the rule of law, too. Last week, the Canadian Human Rights Tribunal issued its seventh non-compliance order against Canada for failing to fully and completely end discriminatory policies.

In these cases, legal principles, legislation, tribunal rulings and the constitution affirm the rights of Indigenous peoples. As such, we should expect fair and equitable application of the law. Instead, the rule of law is evacuated. Or, put another way by Cree writer Billy-Ray Belcourt, “the rule of law is a death wish against NDNs.”

While Ms. Wilson-Raybould didn’t go quite so far, her testimony did sketch the process by which governing institutions subvert the rule of law.

In the case of SNC-Lavalin, the Clerk of the Privy Council, the Prime Minister’s Office, Ministry of Finance staff allegedly pressed Ms. Wilson-Raybould to intervene in the federal corruption case against the company to achieve a political objective. It is not hard to believe that in cases of Indigenous rights claims threatening business interests, a similar circumvention is common. That’s why it’s so difficult, in part, for Indigenous people to accept that change can be made from within the very same structures that were designed to dispossess.

Late last year, in a speech to First Nation leaders in B.C., and on the eve of her demotion to Veterans Affairs, Ms. Wilson-Raybould called out those among us who have little faith in Canadian institutions and laws. These individuals, she said, “in the name of upholding Indigenous rights, critically oppose almost any effort to change [within the Canadian constitutional framework].” This is an apt characterization, although to be fair, the heretics have ample evidence of corrupt institutions on their side.

Here is the inescapable paradox: Ms. Wilson-Raybould understands well and has illuminated this alleged abuse of power. And yet, she is a champion of Canadian institutions all the same, perhaps a manifestation of the best of them. An Indigenous woman and member of Parliament just held still-colonial Canada accountable like few others have done, teaching us all a lesson in the process, whether we are Liberals, civil servants or Indigenous critics.

If we do plant new roots, I believe ashes make the best fertilizer. 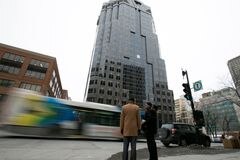 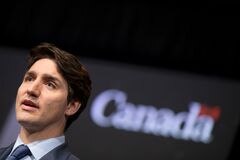