On the same day it was revealed that B.C. now has the highest per capita number of COVID-19 cases in the country, Premier John Horgan called a snap election.

That’s either chutzpah or stupidity. Maybe both.

Mr. Horgan had been signalling his intentions for weeks. The Premier’s desire to prematurely conclude the partnership agreement he’d signed with the Green Party was unquestionably fuelled by polls affirming both the soaring popularity of his minority government and himself personally.

The temptation to capitalize on those sky-high approval numbers and propel the New Democrats to a majority victory proved impossible to resist. And so here we are, with a vote scheduled for Oct. 24.

The NDP built much of that goodwill with the public on its handling of the COVID-19 crisis. The province and its provincial health officer, Dr. Bonnie Henry, received global plaudits for largely keeping the virus at bay – especially compared with other jurisdictions both inside and outside Canada.

But lately, the trend line has not been good. It was ironic that the election was called at the same time that the Public Health Agency of Canada announced new numbers, showing that B.C. now has 36 cases of COVID-19 per 100,000 people. The next closest is Quebec with 35 per 100,000, followed by Alberta with 33.

This development comes just as tens of thousands of students have returned to the classrooms, much to the chagrin of teachers who believe their work environment is a health hazard. To that end, their union has gone to the Labour Relations Board looking for support in its bid to have the government do more to make the classroom safer. It’s not out of the realm of possibility that teachers could launch forms of job action if their demands aren’t heeded. If that were to happen, amid an election that is completely unnecessary, it could have consequences.

Mr. Horgan spent most of his news conference on Monday defending his decision against charges that it represented the worst kind of political opportunism (it does). He insisted that the pandemic was likely to still be here at the time of the fixed election date – next October – so going early wasn’t putting people at any more risk than they’d be anyway. This line of reasoning was unconvincing.

As was his assertion that his decision wasn’t about politics. Please. This is all about politics, and attempting to take advantage of advantageous electoral conditions. Those include a weak Liberal opposition. And the fact that there isn’t a burning concern that presents voters with a stark choice among the parties. Everything is filtered through the lens of the pandemic.

Until recently, this seemed like a winning issue for the New Democrats but as case numbers rise, who knows if it will remain so.

Mr. Horgan is a student of history. He is aware of political leaders before him who thought they could capitalize on beneficial political conditions but ended up misreading the public’s mood. Liberal Premier David Peterson in Ontario in 1990 comes to mind. And more recently, Progressive Conservative Premier Jim Prentice in Alberta in 2015. Both were punished for their hubris. It cost both their political careers. Mr. Horgan must know the same fate awaits him if he has made a similar misjudgment.

It will be a campaign like none other. There will be no leaders' tours to speak of. The battle for the hearts and minds of the voter will largely be waged on social media. Any of the normal issues, such as the health of the economy, will be framed against the pandemic and what should be done once it is behind us.

Questions about the selfishness of a government that insisted on calling a vote while people are largely preoccupied with the pandemic will persist. Certainly, the Liberals and the Green Party are unlikely to let the public forget that they are being asked to do something that is unwarranted. And under a provincial state of emergency, no less.

Politics is a funny game. It wasn’t long ago that John Horgan had no interest in seeking the leadership of his party after he’d run once and been rejected for the job. But after the NDP’s electoral defeat in 2013, he was persuaded to give it another go.

The party gave him the position.

His performance as both NDP Leader and Premier since then has been impressive. He has given the party a foothold on power it hadn’t had since the 1990s. But this election call is a gamble that could jeopardize the New Democrats' time in government and have a deleterious impact on Mr. Horgan’s legacy.

B.C. heads to the polls one year early for an election opposition doesn’t want
September 22, 2020 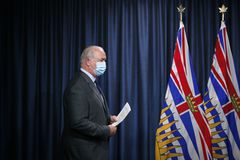 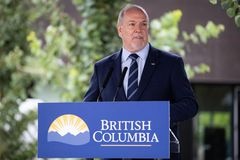 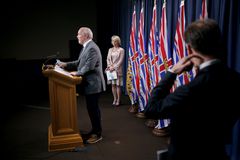