It’s been a long time since a Canadian Liberal prime minister had a predominantly bad relationship with a Democratic American president.

The last time was way back in 1965, when Lyndon Johnson lambasted Lester Pearson for his Philadelphia speech condemning the escalation of bombing in Vietnam. LBJ told Pearson he had betrayed him, joining the ranks of ignorant liberals, “those know-nothing do-gooders” like political commentator “Walter Lippmann.”

This was the infamous occasion on which Johnson, rarely heralded for his delicate phraseology, hollered “You pissed on my rug!”

Feuds between prime ministers and Republican presidents have been commonplace. But remarkably, all other Democrat presidents and Liberal prime ministers going back more than a century have enjoyed harmonious relations. For Joe Biden and Justin Trudeau, the history bodes well.

The enigmatic Mackenzie King had a close and vitally important decade-long rapport with Franklin Roosevelt that helped Canada through the depression and the Second World War. Following him, Louis St. Laurent and Harry Truman, both straight-shooters, managed mid-century relations effectively.

After interfering to help Pearson topple the Tory government of John Diefenbaker (or “Diefenbawker” as JFK initially called him) Pearson and Kennedy had an all too brief joining of hands before the Kennedy assassination.

Pierre Trudeau kept his distance from Republican Richard Nixon and feuded with Ronald Reagan, whom he regarded as an intellectual lightweight. But he saw eye to eye with Democrat Jimmy Carter, who respected Trudeau so much he attended his funeral.

Pragmatists Jean Chrétien and Bill Clinton got along splendidly on and off the golf course. It helped that Mr. Chrétien tolerated his many mulligans.

Between these presidents and prime ministers, a special partnership was nurtured and, despite frequent quarrels, prevailed. Canada and America exhibited what Pierre Trudeau termed “the standard for enlightened international relations.”

The bond was broken during the past few years when Donald Trump, for whom statesmanship was an alien concept, gave the Justin Trudeau government the ugly American treatment.

But we can be confident the partnership will be restored with the advent of Mr. Biden. All the ingredients – not just historical precedent – are in place.

There will be ample disagreements, particularly on the trade file given the Democrats have turned protectionist, and on government procurement, the Keystone XL pipeline and other issues.

But like other Liberal PM and Democratic presidents, Mr. Trudeau and Mr. Biden have similarly centrist political philosophies as well as a warm personal rapport. Those are the two primary prerequisites for successful relations.

There’s a bonus this time because Mr. Biden has a vice-president in Kamala Harris, who lived in Canada for several years while a high-school student in Montreal. That kinship will help.

The progressive views of Mr. Trudeau and Mr. Biden align, roughly at least, on many major issues: climate change, the importance of allies and international agreements, addressing the coronavirus pandemic, China and Russia, health care and immigration.

Mr. Biden has a wellspring of goodwill in Canada. He was so gracious on an Ottawa visit in 2016, during which he expressed the hope that Mr. Trudeau would build on the Obama-Biden priorities. He recalled how Justin’s father reached out and commiserated with him when his wife and baby daughter were killed in a car accident in 1972.

The Biden stewardship will be dirigiste, featuring New Deal-styled activism, which might not sit well with Canadian conservatives. But he won’t suffer by comparisons with Mr. Trump.

Conservative prime ministers have not enjoyed a happy experience with the White House, with the major exception of Brian Mulroney, who engineered an essential course correction on trade liberalization with the administrations of Mr. Reagan and George H.W. Bush.

The past four years have brought an awakening for many Canadians to the grimmer realities of the American way. That as many as 71 million Americans voted to try to re-elect Mr. Trump signifies how markedly different the two societies still are. The retrograde elements of the American populace are more deeply entrenched than imagined.

Mr. Biden is undertaking what some see as the equivalent of a third term of Barack Obama, for whom he served as vice-president. He will begin to restore America’s reputation around the globe.

With Mr. Trudeau, he will re-establish the ties that bind, the ties that primarily Liberal prime ministers and Democrat presidents have woven, the ties that, given the geographically mandated economic interdependence of the two nations, are indispensable. 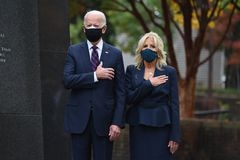 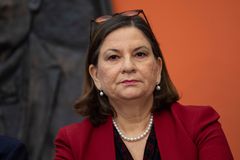 Opinion
When it comes to trade, Canadians should temper their enthusiasm for Joe Biden
November 11, 2020 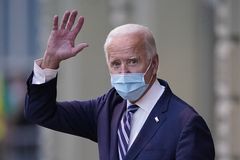