Why has Justin Trudeau lost his big popularity advantage? Because of the gender gap.

The Prime Minister who trumpets that he is a feminist and who appointed a gender-balanced cabinet still leads a party that’s most popular among women, according to regular polling by Nanos Research.

That’s not surprising: The Liberals have long had higher support from women. During Mr. Trudeau’s tenure, support for the Liberals among women has remained pretty steady.

It’s the other side of the gender gap that is clobbering the Liberals.

That’s not what Mr. Trudeau’s team had planned. A large chunk of the Liberals’ 2015 election platform, with its focus on middle-class economic insecurity, was aimed at male voters. The plan to spend big on infrastructure, which conjured images of cranes in the sky and allowed Mr. Trudeau to swing a hammer in photo ops, was aimed at a demographic that wasn’t too different from the one that elected Donald Trump. It worked.

But Nanos’ weekly tracking polls suggest that Mr. Trudeau has lost about a third of the men that supported the Liberals three weeks after the 2015 election.

It’s not really the precise poll numbers that matter – they’re from smaller samples, so the results are more volatile and bop up and down. And the election campaign is 18 months away.

But the direction of the trend is clear: down.

That seems to have started near the end of 2016, when the Liberals started to make some tough calls, such as approving the Trans Mountain pipeline and ditching their promises of electoral reform. It’s also when Mr. Trump was elected, and events overtook Mr. Trudeau’s agenda − particularly the threat to the North American free-trade agreement.

The controversy over small-business tax changes might also have hurt support among men, or Mr. Trudeau’s February trip to India. But it’s not just one thing.

Pollster Nik Nanos, executive chairman of Nanos Research, said there is a kind of “coming home.” Some male voters were soft Liberal supporters who might have been caught up in the desire for change in 2015, but drifted away since.

Political scientists have documented differences in attitudes between male and female voters – as groups, of course, since neither gender votes monolithically. Women tend to be bigger believers in the value of government social programs than men and men tend to have more faith in market-based solutions. Men tend to be a little more conservative.

Men might be a little more inclined to care that the Liberals are running deficits, but that’s not as big a vote-driver as some think.

But some Liberal MPs think the issues Mr. Trudeau’s government has focused on have struck fewer chords with male voters. Voters evaluate governments on whether they can relate to their priorities – if they don’t, they judge their mistakes more harshly.

The Liberals touted a feminist foreign-aid policy and a budget with measures aimed at shrinking the gender gap in the work force. Women might be more likely to see that as important. Some Liberal MPs suggest there’s been a bit of a backlash among men, but often among folks who didn’t vote Liberal, anyway.

But Liberal rhetoric has been less focused on lunch-bucket economics in the concrete terms that reach 30-to-50-year-olds who still feel job and economic insecurity – talking about fishing, or industry, or building projects. The proxy for that in the Liberal 2015 platform – infrastructure spending – is one area where spending is less than planned. As an issue, it takes up less rhetorical space.

But maybe Mr. Trudeau’s team knows they’ve got a problem. When Mr. Trump threatened to hit Canadian steel and aluminum with tariffs, the Prime Minister didn’t just call the U.S. President. He launched a tour of steel plants, promising to stand up for Canadian workers. That’s a photo-op aimed more at male voters − more like the message Mr. Trudeau sent in 2015. To win re-election, he’ll have to shrink the gender gap. 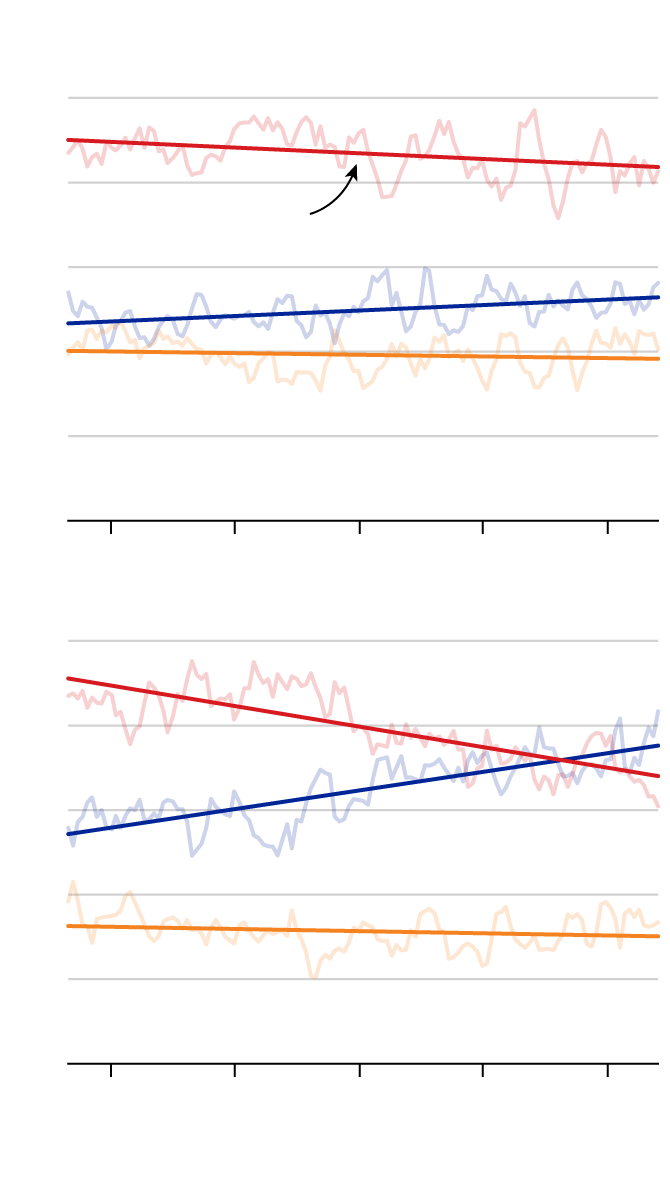 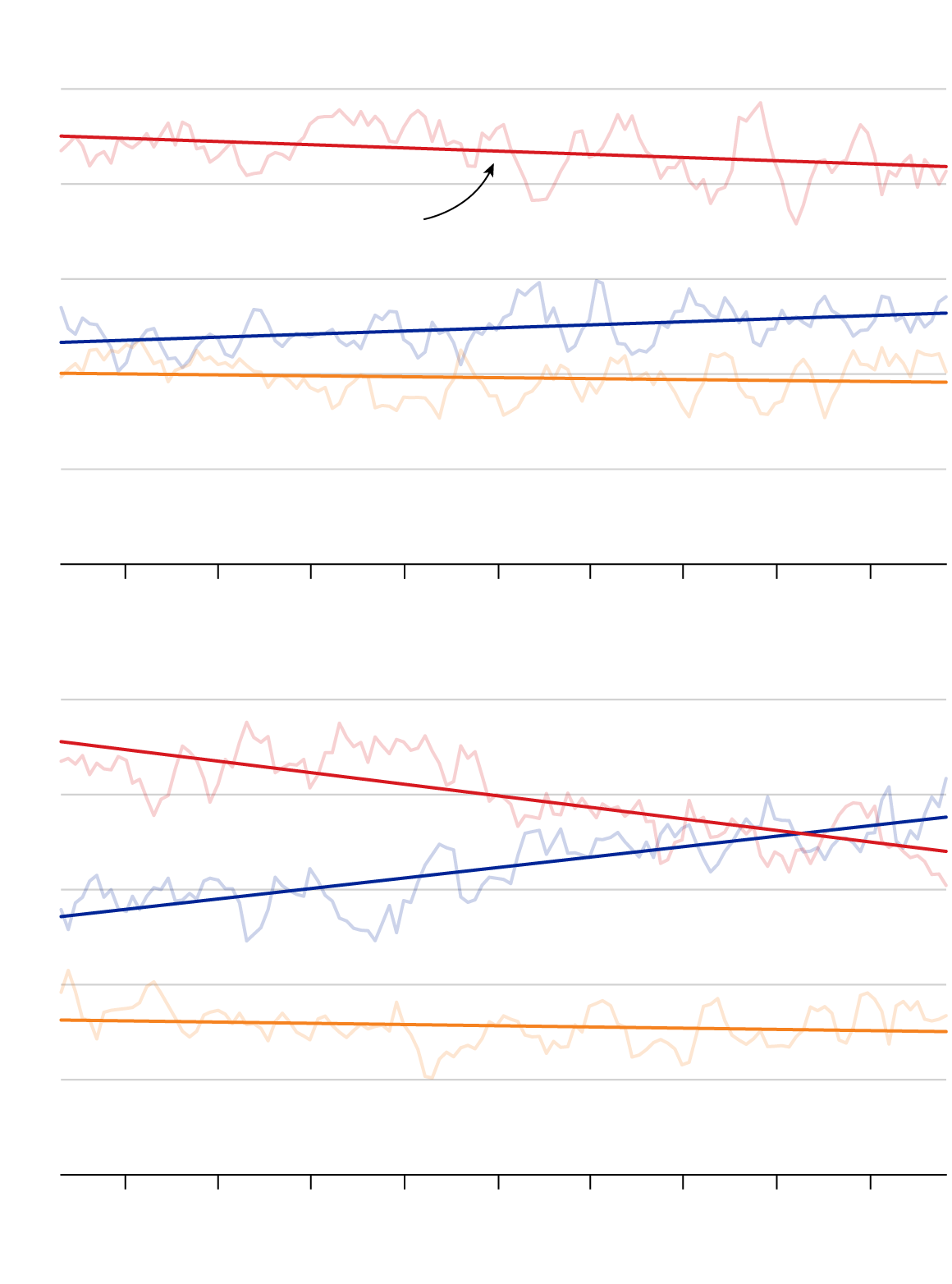