Jessica Scott-Reid is a Winnipeg-based writer and animal and environmental advocate.

It’s a warm July night. The first long weekend of the much awaited summer. Bursts of colour brighten the night sky. Children “ooh” and “ahh” as the crowd belts out O Canada.

Watching fireworks is a long-loved July 1 tradition. Who could possibly hate fireworks? As it turns out, there are plenty of us who do.

Concerns regarding the harm they can cause, to vulnerable people, to animals and the environment, are now too glaring to ignore.

Fireworks can have stressful effects on newcomers to Canada who have experienced war and may become triggered by the sights and sounds. Veterans, too, can be triggered: According to Veteran Affairs Canada, common symptoms of post-traumatic stress disorder (PTSD) include hyper-reactivity and exaggerated startle response. They say loud noises such as fireworks may lead to “a flashback, in which the affected person feels or acts as if the traumatic event were recurring in the present.”

For people with autism spectrum disorder, “a fireworks display may not be an exciting experience,” says Susan Watts of Autism Canada. “The combination of unexpected loud noises and sudden bright flashes of light can be distressing and even painful for a person with sensory issues."

But it’s not just humans who suffer because of fireworks. Pets, wildlife, zoo and farm animals can become panicked and stressed, or worse.

“Sadly, many family pets are reported lost the day after a town fireworks display, as they become disoriented fleeing the sounds,” says Julie MacInnes, a campaign manager with Humane Society International Canada.

“Wildlife rehabilitation centres report a wide range of problems when people start setting off fireworks," she says, "including animals getting tangled in fencing, running onto roads, birds flying into trees or buildings and baby animals being abandoned.”

A researcher at Dalhousie University, Andrew Horn, has studied the effects of fireworks on nesting birds, and told CBC News that fireworks over bird-rich areas, including waterways, where such events are often held, is “a really bad idea.”

“To have, all of the sudden, these fireworks overhead with all the light and all the sound – it would make them crazy,” he said, adding that sudden loud noises can flush birds out of their nests and get them to suddenly fly out of cover, “when they really shouldn’t be flying out of cover.”

Radar data collected in the Netherlands, on New Year’s Eves between 2008 and 2010, found that tens of thousands of birds “explode into flight promptly at midnight when public fireworks shows begin,” according to Forbes.

In 2011, thousands of blackbirds fell from the sky in Arkansas following New Year’s Eve fireworks. And there have been reports of coastal birds becoming so frightened by fireworks that they will fly too far out to sea, unable to return.

For animals unable to flee at all, the outcomes are just as terrifying: Trapped farm animals panic and become injured due to fireworks set off nearby. In 2017, several horses in Kentucky were reportedly injured after crashing into fencing and stables as a result of early Fourth of July celebrations. The year prior, a horse in Britain was put down after sustaining injuries sustained after being spooked by fireworks.

If all of that collateral damage is not enough, consider Joelle and Tim Brown, who in 2014 were devastated after their twins, born premature at 24 weeks gestation, died in the neonatal unit at Winnipeg’s St. Boniface Hospital. It was July 2. The couple believes nearby fireworks the night prior contributed to their babies’ deaths, putting additional stress on their little bodies. The couple is now trying to get extra soundproofing measures in the Winnipeg hospital’s neonatal unit. “It was literally like cannons were going off right outside the NICU window,” Ms. Brown said at the time.

Winnipeg pediatrician Stan Lipnowski told CTV News that premature babies are particularly prone to stress from noise. “They don’t need to have a very big increase in their blood pressure because their brains are not formed and, theoretically, high blood pressure gets transmitted to the brain and can damage it as well,” he said.

Fireworks also put more stress on our already taxed environment and ecosystems. They create particle pollution in the air – sometimes for several days afterward. They leave behind plastic and metal pollution on the ground and in waterways. And they increase the risk of wildfires. They’re essentially exploding trash.

And for what? For a few fleeting seconds of bright lines in the sky?

Thankfully, some cities, in Canada and beyond, have come to the realization that the mere entertainment value of fireworks is not really worth the harm they cause. Banff, Alta., for example, decided last year to use concert-style pyrotechnics in place of fireworks. Jason Darrah, director of communications for the town, says the staff “examine everything we do with a consideration for protecting wildlife and our ecosystem … we have found no diminished spectator experience.” Banff will do the same for Canada Day this year.

In 2015, Collecchio, Italy, passed a law that required all displays to use only quiet fireworks. And after choreographed illuminated drones were used in the opening ceremony of the 2018 Winter Olympics, some U.S. towns – in California, Colorado and Arizona – did the same for their Fourth of July celebrations, in order to reduce risk of wildfires.

Choreographed drones buzzing over the Red River to the tune of O Canada – now that’s a show I’d be down to see.

Pardon my perhaps perceived lack of patriotism, but fireworks hurt people, animals and the environment in ways that render them no longer justifiable.

All Canadian cities and municipalities should consider available alternatives so everyone can join in on the celebration, while minimizing harm to the animals and environment around us.

That sounds pretty Canadian to me. 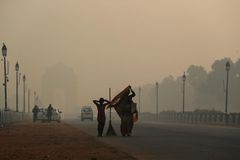 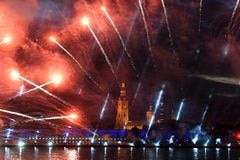 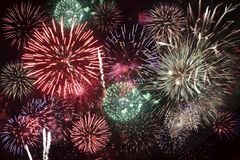