Tim McMillan is president and CEO of the Canadian Association of Petroleum Producers.

Kinder Morgan’s decision to suspend all non-essential activity and spending related to the Trans Mountain expansion project (TMEP) is a dire issue – for the entire Canadian economy.

The pipeline has been in service for more than 60 years and its $7.4-billion expansion to the West Coast was approved 18 months ago by the government of Prime Minister Justin Trudeau.

And yet, we still can’t seem to get the expansion pipeline built.

While TMEP is a critical piece of infrastructure central to our country’s prosperity, unity and security, its challenges are part of a wider problem facing the Canadian economy that we can no longer afford to ignore.

Rising government costs, inefficient regulations and our inability to get major projects built are eroding investor confidence in Canada’s oil and natural-gas industry and Canadians are losing out as a result.

Since the economic downturn hit in 2014, Canada has struggled to maintain its position as a reliable place for investment in oil and natural-gas development. Global capital is consistently directed to other countries.

While the United States remains Canada’s biggest customer, it has also become our biggest competitor, exporting growing amounts of oil and natural gas to the same emerging markets we are seeking to supply.

The Canadian Association of Petroleum Producers (CAPP) estimates capital spending in Canada’s oil and natural-gas industry was $43-billion last year – a 47-per-cent drop from the $81-billion spent in 2014. Yet this year spending in the U.S. rose 38 per cent to $120-billion.

Investors are not only leaving the oil and natural-gas sector. Investors are leaving Canada. Industry leaders and experts in the sector, including within government, are witnessing the real-time outflow of capital spending to other regions and sounding the same alarm.

Late last year, a report released by the federal Advisory Council on Economic Growth identified oil and natural gas as an industry with “high potential” in need of a predictable, efficient and consistent regulatory environment to encourage investment.

Yet, with the regulatory overhaul proposed in Bill C-69, the Impact Assessment Act now making its way through Parliament, industry faces the antithesis of that recommendation – a bill so tied up with red tape it leaves the market with even less confidence to invest in Canada.

In a poll of 60 of Canada’s largest companies last year, 30 per cent said investment in Canada was worse than other jurisdictions where they had investments, due to several factors, including inefficient regulations and taxes, among others . Several said the investment climate had deteriorated the past five years.

Things aren’t getting any better. CAPP’s latest forecasts found capital spending in the industry will continue to decline another 5 per cent this year from 2017.

Capital investment generates activity, which in turn spurs job and economic growth, and boosts productivity. Investment in the oil and natural-gas sector benefits all Canadians.

While Kinder Morgan’s decision to halt spending on TMEP dominates headlines and political commentary, the challenges we face getting a pipeline built are greater than any one project.

According to The World Bank, among the Organization for Economic Cooperation and Development (OECD) countries, Canada ranks 34 out of 35 in terms of the time required to obtain a permit for a new general construction project – 168 days longer than in the United States.

Business investment is a measure of the overall health of an economy. Obstacles to growth, such as lack of market access and competitiveness, additional regulatory burdens and inequitable Canadian tax policies need to be addressed if Canada is to become the world’s energy supplier choice.

Canada has worked hard to create an energy industry with the highest environmental standards in the world. It’s now time to reap the benefits of that diligence. We have the energy the world needs. 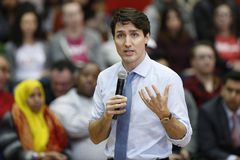