Kanahus Manuel is a Secwepemc land defender and co-founder of the Tiny House Warriors. Naomi Klein is the author of On Fire, co-founder of the climate justice organization The Leap and teaches media studies at Rutgers University.

In 2020, these have been the catalysts of fierce Indigenous uprisings from coast to coast and though they may seem disconnected from one another, they are not. All of these sites of struggle are united by a common philosophy and shared goal, one summed up in the short slogan that is rapidly gaining force in Indigenous movements across this continent.

Those two words lay out with stark clarity the goal of centuries of Indigenous struggle. The Land Back movement comes up from the most grassroots land defenders across the country, who now see their local battles as part of a larger mobilization to reassert Indigenous control over their traditional territories.

The leaders of this resurgent movement want nothing to do with the establishment Indigenous organizations that have been willing to negotiate further land surrenders in exchange for one-off payments and promises of marginally improved services.

“Land Back” means precisely what it sounds like: taking land back under Indigenous control and protection that was never legally ceded in the first place. Scholars at Ryerson University’s Indigenous-run Yellowhead Institute describe Land Back as a process of “reclaiming Indigenous jurisdiction: breathing life into rights and responsibilities.”

While the 2012 Idle No More uprising was a forceful reaction to Stephen Harper’s legal attacks on Indigenous sovereignty and environmental safeguards, Land Back represents a movement on offence. Building on the networks and public awareness of these earlier movements, it is focused on lasting solutions to unresolved disputes over land and wildlife.

This clarity has been evident in Caledonia, Ont., where for more than three months Haudenosaunee people from the nearby Six Nations of the Grand River reserve have been guarding a blockade on “1492 Land Back Lane” to shut down the proposed McKenzie Meadows housing development on their unceded territory.

The same message is painted on two Secwepemc barricades in the B.C. interior where the Tiny House Warriors are working to keep the expanded Trans Mountain oil pipeline out of their territory. The message is echoed in Quebec, where the Algonquins of Barriere Lake have been turning back moose hunters from the Vérendrye Wildlife Reserve to protect the animals from dangerous decline. And Mi’kmaw fishers have also adopted Land Back as a framework in their struggle to reclaim jurisdiction over both territory and fishing sites.

The new militancy coalesced in a little-known organization called Defenders of the Land, which was guided into existence in 2008 by Secwepemc Arthur Manuel and Mohawk Russell Diabo, the movement’s key intellectual leaders. Mr. Manuel – a father to one of us and a mentor to the other – passed away in 2017, but his writings in Unsettling Canada and The Reconciliation Manifesto laid out a blueprint for using mass actions and creative legal tools, along with strategic alliances with sympathetic parts of Canadian society, in order to force governments and businesses to recognize Indigenous people’s sovereign rights to their lands. “You have to quit crying on the shoulder of the guy that stole your land,” he used to say.

The spirit of Mr. Manuel’s vision was on display last winter, after the Canadian government sent in a heavily armed paramilitary police force to clear the Wet’suwet’en people from their blockade against a liquid natural gas pipeline. What happened next caught the country by surprise. Demanding the immediate withdrawal of the RCMP from Wet’suwet’en lands, the call went out through movement networks to “Shut Down Canada.” Within days, roads and railways were blocked across the country and large demonstrations took place in major cities, and eventually even access to the B.C. Legislature was blocked. In the face of the movement’s new national power, the Canadian government has since shied away from the type of paramilitary assault that spurred the national uprising.

But that does not mean that Ottawa is abiding by the United Nations Declaration on the Rights of Indigenous Peoples (UNDRIP), with its requirement that no development proceed without “free, prior and informed consent.” Instead, more indirect strategies of continuing police harassment have been stepped up, often using injunctions to remove Indigenous peoples from their lands based on legal tests that completely ignore the case law on aboriginal rights.

Right-wing politicians, meanwhile, have whipped up anti-Indigenous sentiment in local media and on Facebook, especially among poor white resource workers who are told – in the midst of a pandemic and deep unemployment crisis – that Indigenous people are costing them jobs. We recently saw the results of these kinds of heightened tensions in Nova Scotia, when white fishermen assaulted Mi’kmaw fishermen and terrorized the community by setting fire to vehicles and a lobster storage facility. This was done while the RCMP stood by, their inaction tacitly encouraging the racist attacks.

In Caledonia, the Ontario Provincial Police have also engaged in escalation with an overwhelming presence and arrests. On at least one occasion they tried to provoke the 1492 Land Back Lane defenders by firing rubber bullets into a group of Indigenous women, but backed away when the defenders stood their ground. Today, the Haudenosaunee defenders are busy securing their camp for winter.

We see the same tactics in B.C., where the Tiny House Warriors have built small homes on their Secwepemc lands along the route of the Trans Mountain Pipeline, a multibillion-dollar fossil-fuel project purchased by the Canadian government in part because its original owners feared that they could not overcome the uncertainty posed by Indigenous land rights. With the project now in Crown hands, and construction accelerating under rivers and streams, the Tiny House Warriors have been targeted by police, counterprotesters and local politicians, with heightened tensions leading to outbreaks of white supremacist intimidation, violence and torrents of verbal abuse. In a clear strategy to break the will of the land defenders, five Tiny House Warriors are up on charges of assault, mischief and disturbance of the peace this month alone, and more scheduled for the new year. (The trials in Kamloops are in progress and others will begin in Clearwater later this month.)

A new low was reached last month, when Trans Mountain began drilling under the North Thompson River in Kamloops, in the midst of the salmon run that sustains the Secwepemc people. To clear the way for the drillers, more land defenders have been arrested, carried away on their ancestral lands. The community has repeatedly pointed out that the COVID-19 pandemic further heightens the many risks of the project, with hundreds of workers coming into the region to labour in close proximity. These concerns have been systematically ignored and construction has only accelerated as COVID-19 numbers have climbed.

It is particularly striking that this wave of criminalization is happening in B.C., a province run by an NDP government that came to power promising to use all legal measures to stop the Trans Mountain pipeline and which last year became the first jurisdiction on the continent to introduce legislation to implement UNDRIP. The pipeline clearly violates the declaration since it never had the consent of all the Indigenous nations that it affected. It is this kind of legal double-speak that has convinced a new generation of organizers that “land back” is the only response with the power to stop projects such as Trans Mountain, which pose a threat to Indigenous ways of life and to the stability of our shared planet.

These conflicts, difficult as they are, are actually signs of progress toward Mr. Manuel’s vision of true reconciliation, grounded in the return of land. The new Land Back and Shut Down Canada militancy is not only shaping the Canadian government’s responses to specific conflicts, it is putting increased pressure on the entire Indian Act paradigm. Russell Diabo has taken a national leadership role in condemning local band chiefs for being willing to negotiate away Indigenous sovereignty.

Meanwhile, much like the Black Lives Matter uprisings that have swept the world in recent months, the Land Back protests have been winning the support of the most dynamic elements of the Indigenous movement, including many of its most important intellectuals and artists. The protests are also more multiracial than we have seen before.

It seems that more non-Indigenous Canadians, especially young people growing up in the midst of the climate crisis, are beginning to understand that when Indigenous people get their land back, the land itself begins to heal and we are all safer. 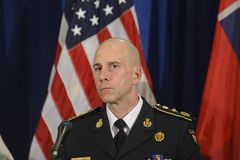 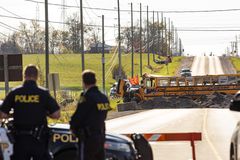 Journalist and researcher vow to fight charges related to Ontario land dispute
September 4, 2020
Follow us on Twitter @globedebate Opens in a new window
Report an error
Due to technical reasons, we have temporarily removed commenting from our articles. We hope to have this fixed soon. Thank you for your patience. If you are looking to give feedback on our new site, please send it along to feedback@globeandmail.com. If you want to write a letter to the editor, please forward to letters@globeandmail.com.
Comments