Bessma Momani is a professor at the University of Waterloo and a senior fellow at the Centre for International Governance Innovation and at the Arab Gulf States Institute in Washington.

Sixteen years ago, Lebanon’s “Cedar Revolution” ushered in hope that the country would rid itself at last of internal meddling from its regional neighbours, and chart a path toward free and democratic elections. Millions of Lebanese citizens had poured into the streets after former prime minister Rafic Hariri was assassinated in broad daylight by a Hezbollah operative who was likely backed by the Syrian government. The peaceful protesters directed international attention to Syria’s continued influence in Lebanon’s political affairs, prompting Damascus to withdraw its 14,000 troops from the country as it had promised to do in the 1989 Taif Agreement.

But regional meddling in Lebanese political affairs persisted. Red lines were drawn by Lebanon’s fractious political elite to defend against disorder, but they were buttressed by a patronage system that lined the pockets of these elites and their cronies. That, at least, had been enough to keep any fissures from growing into another national wound.

Today, however, Lebanon is on the precipice of becoming a failed state, crumbling under the weight of a continuing economic collapse. The small country is facing a humanitarian crisis of poverty and hunger while hosting 1.7 million refugees, who now account for a quarter of its population. As the economy disintegrates, producing less wealth to exploit, the political elites could give up on their end of the Faustian bargain. And perhaps most worrying is how Lebanon’s destabilization would prompt its neighbours to jockey for geopolitical power, looking to exploit the failure.

The average Lebanese person has seen their bank savings, pensions and local wages dwindle in purchasing value as the Lebanese pound plummets. In a country that relies on imports for 80 per cent of its citizens’ basic needs, prices have skyrocketed beyond consumers’ reach. Many imported food items depended on government subsidies that the state can no longer afford, guaranteeing further hunger; supermarkets, bakeries and pharmacies have had to shutter, unable to purchase these items themselves. In a rare public address, an army general acknowledged that, like the Lebanese people, his soldiers were suffering and starving. Half of the Lebanese population is now below the poverty line and facing acute food insecurity.

Lebanon also imports the fuel needed to generate its electricity. Energy Minister Raymond Ghajar warned that in the coming weeks the country will be left in the literal dark. People wait for scarce fuel in long lines at gas stations, while protesters barricade roads to express their anger with the political elite, leaving motorists and residents frustrated even further.

Lebanon needs a bailout from the International Monetary Fund to stabilize its currency, but political parties need to agree on the size of the debt owed and on forming a government that can sign the loan agreement. Political parties do not want to bear that responsibility, since there will be significant criticism for the inevitably austere loan conditions. French President Emmanuel Macron is one of the few Western leaders who have been willing to wade into the predicament, promising to host an international funders’ conference once Lebanon forms a government, but more global pressure is needed to push Lebanon’s politicians before the crisis swells to extremes beyond poverty and scarcity.

The economic situation is grim, but it is the prospect of a failed state where national institutions are defunct that should most worry the international community. In a surprising admission, Lebanon’s Interior Minister, Mohammed Fahmi, noted recently that security forces will soon be unable to perform their responsibilities, suggesting that the security situation could break down at any moment. Western governments, including Canada’s, have spent decades funding and training the Lebanese Armed Forces (LAF) to be a national and professional alternative to the Iranian-backed and well-armed Hezbollah; now, more than ever, the LAF needs support.

A failed state will empower Hezbollah and invariably Iran, where an impending June election is expected to bring in a hardline government with even stronger ideological support for regional expansionism. This will raise the ire of Israel and intensify its continued airstrikes on Hezbollah. Neither Iran or Israel wants to fight each other directly, preferring to use Lebanon as a proxy site at the expense of the people living there.

If Lebanon continues down this path, regional meddling will only intensify, and the red lines that once protected its national integrity in the Middle East will be no more. The world cannot afford this outcome. 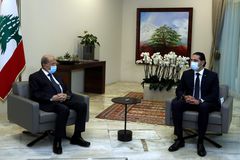 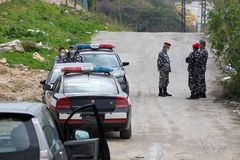 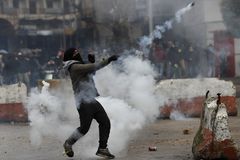