Hallie Lieberman
Contributed to The Globe and Mail
Published May 22, 2020 Updated May 22, 2020
Comments
Text Size
Please log in to listen to this story. Also available in French and Mandarin. Log In Create Free Account

Hallie Lieberman is a journalist and author, with a PhD in the history of sex from the University of Wisconsin.

Throughout a major metropolitan area, a deadly virus is spreading. No effective treatment exists. In one industry, workers are terrified to go to work – just by doing their jobs, they risk exposure. A vaccine is years (or even decades) away. It looks like it’s the end of a multibillion-dollar business. But instead of throwing up their hands and admitting defeat, the industry creates a system for tracing outbreaks, implements a protocol for testing and successfully keeps workers safe.

Enter Sharon Mitchell, a former porn star turned “HIV genealogist,” who worked for the organization Protecting Adult Welfare in the 1990s. Called upon by the adult-industry trade group Free Speech Coalition (FSC) to investigate the outbreak, Ms. Mitchell went into full detective mode, asking the infected female performer for a list of everyone she had had sex with over the previous six months. After consulting with researchers at the AIDS Healthcare Foundation and the University of California Los Angeles, Ms. Mitchell tested all of the partners of the infected performer she could track down with a polymerase chain reaction (PCR) test, which can detect the genetic matter of an HIV infection weeks before the standard antibody test. While she was in the process of testing, three more performers in the industry tested positive for HIV. Finally, she found the person who she believed to be “patient zero”: a male performer who had refused to come in for a test. “He had forged test results from a public-health clinic in case he was asked,” Ms. Mitchell later told The Lancet medical journal.

Ms. Mitchell ordered everyone who had worked with an infected performer to quarantine for 30 days, or until they had a clean test. Her decisive action worked. The HIV outbreak was limited to just six people.

Although the program wasn’t perfect, the Lancet reports that by 2004, six years after it was implemented, AIM had administered 80,000 tests with only 14 positive results. That year, after a number of performers tested positive, AIM shut down filming for 60 days. In 2011, the FSC took over the testing program.

Current protocol requires performers to be tested for HIV and other STIs every two weeks. Results are uploaded to the Performer Availability Screening Services (PASS) system, which is accessible to producers and directors. The system does not show actual test results, just a green checkmark if the performer is approved to work, and a red X if they are not. If a performer tests positive for HIV, the FSC mandates a production hold until all performers who had contact with the infected person are notified and retested. Once it’s been determined there is no risk, production resumes.

According to FSC spokesperson Mike Stabile, there hasn’t been an on-set transmission of HIV in more than 15 years.

First, we must prioritize safety over profit, and be willing to shut down production whenever doing so can keep workers safe. We also have to listen to scientific experts as to whether or not it’s safe to reopen businesses that can’t maintain physical distancing.

Testing should be mandatory for businesses that require employees to work in face-to-face situations, and we should prioritize the creation of databases that allow us to clearly see whether or not employees should be allowed back to work. This database could indicate whether or not an employee has an up-to-date, clear test. To maintain privacy, a database would not need to show the employee’s prior medical history or any personal details beyond their work status.

“The people within the industry … are suffering. We want to get them back to work as quickly as possible," Mr. Stabile said. But the industry won’t reopen "at the expense of health.” That’s a message all businesses should take to heart. 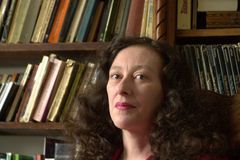