From D-Day to the fall of the Italian capital of Rome to the Allies, June is rich with important anniversary dates around the Second World War. And yet notice is rarely given in Canada to a pivotal moment in world history: the Soviet Union’s repulsion of Operation Barbarossa, the Nazis’ planned invasion.

On June 22, 1941, Hitler’s war machine – which had already steamrolled over most of continental Europe – attacked the Soviet Union with all its might, bringing death and destruction. Emboldened by the military-industrial power of the Third Reich and its vassals, as well as that of occupied states, Nazi hordes arrogantly dreamed of blitzkrieg. But they grossly underestimated the mass heroism of the Red Army and the tenacity of the Soviet people.

Over the course of epic battles with millions of soldiers engaged on both sides, the previously undefeated Wehrmacht was stopped on the outskirts of Moscow and Leningrad. Just 25 kilometers from the Kremlin, Nazi invaders were pushed back in the major counteroffensive of winter 1942. Attempting to change strategy by circumventing Soviet strongholds from the south, Hitler’s troops took aim at Stalingrad. After nearly six months, with the outcome of the Second World War in the balance, exhausted but determined Red Army soldiers overcame the Nazi effort. The battle of Stalingrad turned the tide of the war: the high-stakes plan to defeat the USSR miserably failed.

While German tanks were rushing toward the Volga river on June 12, 1942, the USSR and Canada first established diplomatic relations. By that time, the U.S. and the U.K. – allies with the Soviets in the anti-Hitler coalition – had been supplying the Red Army with some weaponry and munitions to support the USSR war effort. A significant part of that effort involved Canada, from the Montreal-assembled “Valentine” tanks to the equipment’s delivery through the sea ports of St. John’s and Halifax. From there, a long and perilous journey known as the Murmansk Run awaited brave Canadian and other Allied sailors, as they led convoys through northern seas to the Russian Arctic harbours of Murmansk and Archangelsk amid heavy German raids.

The summer of 1943 brought the Kursk Bulge, one of the largest tank battles in history, and with that victory – combined with the 1944 Red Army general offensive – the Soviet Union managed to liberate its entire territory. While Western Allies landed in Normandy, Hitler – hit by devastating blows at the Eastern front – found himself between a rock and a hard place.

Inspired by Soviet resistance and massive guerrilla warfare in which young and old people took part, the prisoners of Nazi death camps and ghettos revolted against the torturers and butchers of the Holocaust. To quote Abba Kovner, the defiant leader of the Vilna ghetto’s self-defense group: "We will not go like sheep to the slaughter.” In the Sobibor concentration camp, it was Red Army officer Alexander Pechersky who led the only successful uprising of its kind.

On their way to Hitler’s lair, Soviet soldiers liberated countless “death factories,” including the notorious Auschwitz and Majdanek camps, as well as the horrifying Budapest ghetto. Berlin fell to the Red Army. Germans surrendered on the night of May 9, a date celebrated in Russia and most of the former USSR as Victory Day. Israel also made it a nationally observed holiday, expressing the gratitude of Shoah survivors and the Jewish people.

But victory was won at an enormous cost, especially to civilians. Nearly 27 million Soviet people died; military losses only comprised one third of them. During the 900 days of the barbaric siege of Leningrad alone, as many as one million inhabitants perished. Millions more on Nazi-occupied USSR territory were brutally killed, murdered and tortured to death in accordance with the Nazis’ Master Plan for the East, which was intended to establish the New Order. Without the Red Army’s victory and the Allied comradeship-in-arms, Europe as we know it would have never existed.

As we commend the noble Allied endeavour to put aside political disagreements and defeat the absolute evil of Nazism, saving entire generations from being labeled as subhumans destined by Nazis and Nazi collaborators to slavery or extermination, the lessons of our common history should not be launched into oblivion. Like Canada’s wartime Prime Minister William Lyon Mackenzie King wrote to then-Soviet leader Joseph Stalin on the occasion of the “total defeat" of Nazi Germany’s military, Canada will never forget “the tenacity and the heroism of the Armies and the peoples of the USSR.”

We remember. Lest we forget. 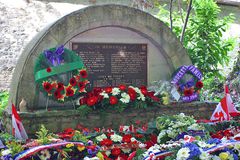 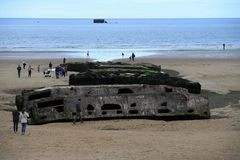 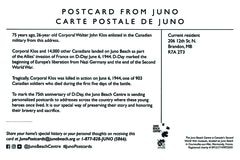