At the time of writing, the greatest electoral injustice to disgrace civilized society remains yet unresolved – an electoral fraud so egregious that the most powerful figures in Washington and Ottawa dare not even speak of its chicanery, lest they ignite riots. Of course, I’m talking about the totally corrupt and fraudulent election to name my high school’s prom queen: an award for which I was summarily robbed.

Had all of the legal votes been counted, I would have won easily. But a nefarious coalition of the popular kids, my chemistry teacher who hated me ever since I showed up to her class high and a group of Soros-funded foreign students conspired to saturate the vote with illegal ballots for my opponents and disappear the votes cast in my name.

How do I know this? For starters, the pre-election media reports were wrong. The school newspaper wrote that when my supporters cornered students in the cafeteria and demanded to know who they were voting for, many responded with, “Robyn who?” and “Please get away from me.” But those reports were lies. Indeed, I saw firsthand how much support I had among the voting electorate when they swelled around me that day I handed out free Skittles and cans of Coke.

If you broke down my support by bloc, my popularity was even more obvious. The stoners loved me. The drama kids – they loved me, too. And, uh, the nerds... I was very popular among the nerds. Yes, I got hundreds and hundreds of enthusiastic votes, and yet, a very sad group of people tried to disenfranchise my supporters, and they continue to disenfranchise them by denying their queen her crown to this day.

Explain to me, if you can, how people who graduated two years earlier still managed to cast a ballot for prom queen? Explain how the frogs we dissected in biology somehow managed to vote for my opponent? And what about the dozens and dozens of ballots found floating in the school pool – all of them, with my name selected? I am certain all of these crooked and illegal activities occurred because one of the stoner kids, who vomited rainbows after eating six packs of Skittles, told me they happened. What other proof do you need?

That coordinated theft left me reeling and despondent on the worst night of my life. There I was, at my high school prom, dressed in ill-fitting heels and my best accessory – confidence – when I readied myself to hear my name and graciously receive my rightful title. But when the MC approached the mic to announce the winner, he smugly (and prematurely, I might add) declared my opponent had become that year’s prom queen.

“NO!” I hollered and bolted to the bathroom, where I spent the next five minutes sobbing on the toilet and listening to Carrie Underwood’s Before He Cheats on my iPod. I was wounded, humiliated, drunk on Smirnoff Ice, but after a while, I started to feel my internal resolve harden: No, no, I can’t concede. This assault on the democratic process cannot stand.

With mascara streaming down my cheeks – the war paint of the female teenage fighter – I busted through the bathroom doors, bolted onto the dance floor and screamed, “I WON THIS ELECTION, BY A LOT” before snatching the crown off my opponent’s head. The prize was mine, finally!

Of course, the school principal did saunter over and pry the crown from my hands, but I nevertheless clung to my pride the entire cruiser ride home.

The next morning, I invited my followers to gather outside the Ritz cracker factory, where I asked my lawyer (well, my friend who was planning on applying to law school) to explain the various nefarious activities that culminated in the worst election fraud of all time. Also in attendance was the school mascot, the creepy guy who liked to hang outside our gymnasium, as well as various bystanders who were just trying to get to the taxidermy shop next door. Our team valiantly made our case for a recount, but for some reason, the school administration remained unconvinced. I believe that decision was based off of personal animosity – nothing else.

It’s been years since then and I still don’t have my crown, but as far as I’m concerned, this election isn’t over. Someday soon, this most heinous effort to discount the will of the people will be thoroughly rectified, and trust in the democratic process will be restored once more. Until then I continue to fight proudly, not as a sore loser, but as an aggrieved winner. Long live the true queen. 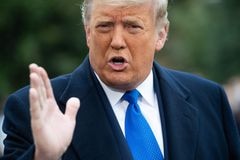 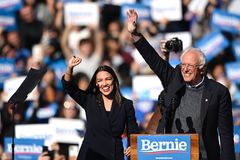 Opinion
There is no limit to what Trump might do, and we have to stop pretending there is
Subscriber content
November 12, 2020 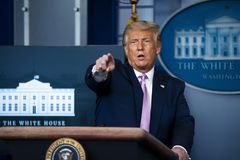