After a moment of political violence, the presidency of the United States is assumed by a grey and somewhat inarticulate former vice-president and veteran senator, a figure beloved by neither the left nor the right. Little is expected of him but restoring the predisaster status quo and projecting an air of calm normalcy – but he seizes the moment and uses his political experience and cantankerous determination to push through a sequence of legislative milestones that transform his country’s standing.

Joseph Robinette Biden’s 2021 has the potential to be comparable to Lyndon Baines Johnson’s 1964. Domestic and international circumstances have created an opening for Mr. Biden’s Democrats to arrest the decline of the United States at home and restore it as a model for the world – but only if the President keeps in mind the fate that later befell his predecessor.

After the horror of the 1963 assassination of John F. Kennedy, LBJ’s first term was, in the words of biographer Robert Caro, “a vast, revolutionary transformation of America” on a scale not experienced for a century. Within weeks of assuming office, LBJ began pushing through the civil-rights and voting-rights acts that made racial equality the basis of the U.S. law, and the War on Poverty initiative and Great Society safety-net programs that caused U.S. poverty and inequality to fall dramatically. He gave the United States, for the first time, public broadcasting, major environmental programs, substantial foreign aid and gun control, and he launched an inquiry into technology monopolies that led to their eventual breakup.

He has already passed his US$1.9-trillion stimulus act, which, as one analysis notes, instantly puts the United States ahead of Europe in terms of redistributive public spending, the best tool to reverse the rise of inequality and social immobility. He appears poised to follow this with new tax laws that aim to further cut inequality.

Next on the docket is a voting-rights act that would go far to restore the rights that Black Americans and poor people won in the Johnson era. He is beginning to get gun control enacted, and proposing a public-health act to expand on the baby steps of Obamacare, and major carbon-pricing legislation.

This is all domestic policy, but it is very important for Canada and other democratic countries that it succeeds. For what has happened during the past half decade is not just an internal U.S. political rout, but a collapse of liberal democracy and pluralism as models that appeal widely to citizens of countries under one-party government and strongman rule.

Mr. Biden ought to turn to LBJ’s first State of the Union address, in January, 1964, in which the president launched his racial-equality and War on Poverty drives. It was unusual in containing almost no mention of foreign policy, with the exception of a summary shot at the end: “We intend to bury no one, and we do not intend to be buried.”

Any American would have recognized that as a retort to Soviet premier Nikita Khrushchev, who had famously declared in 1956 that “history is on our side. We will bury you” (better translated as “We will outlast you”). Mr. Khrushchev wasn’t boasting about military might or space programs, but standards of living: He’d later accompany the taunt with lengthy accounts of racial subjugation, extreme poverty, police violence, pollution and hardship in the United States – all inconveniently true.

We forget that the Cold War at that point was predominantly a contest between the domestic rewards promised by authoritarianism versus democracy. You could hear that echoed last month at the G20 summit in Anchorage, Alaska, when Chinese diplomat and Politburo member Yang Jiechi issued a similar litany, followed with: “The United States does not have the qualification to say that it wants to speak to China from a position of strength.”

Mr. Biden is best answering Beijing’s charge with LBJ’s 1964 example. The earlier president used his clapback to underline a set of reforms that restored the United States to a genuine position of strength – not armed strength, but the more formidable might of becoming the place the world’s citizens want to imitate, a place that acknowledges and tries to solve its problems.

And he should beware what happened to LBJ during the next four years: Too trusting in his generals, he got sucked into the Manichean logic of the Vietnam War and the arms race, which soon overshadowed his bold transformation of his country’s domestic life and drove him out of office. If Mr. Biden wants to change history, it’s the lessons of 1964 he ought to study. 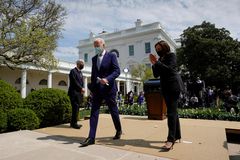 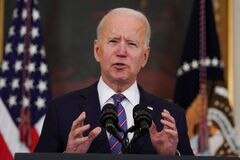 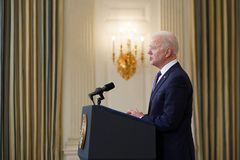