Derrick Nearing is a retired Canadian Forces physician assistant who served in Somalia, Rwanda, Bosnia and Afghanistan. He is the author of the forthcoming book Walking Them Home: A Soldier’s Journey in Post War Rwanda.

This past April marked the 25th anniversary of the start of the Rwandan Genocide, a horrifying bloodbath that took approximately one million Rwandan lives in only 90 days. As the war was concluding, I was deployed as a medic with the Canadian Forces and witnessed the devastating aftermath of a genocide we must never forget.

When the Arusha Accords were signed on Aug. 4, 1993, a peacekeeping mission dubbed the United Nations Assistance Mission for Rwanda (UNAMIR) was established as a way to implement an end to the country’s civil war. However, in April, 1994, a plane carrying Rwandan President Juvénal Habyarimana and the Hutu President of Burundi, Cyprien Ntaryamira, was shot down during its descent at the Kigali airport by those who were against the accord. This in turn triggered the chaos and ensuing 90-day genocide. Canadian Forces Lieutenant-General Roméo Dallaire’s desperate pleas to the United Nations for help fell on deaf ears as he and the soldiers on UNAMIR were left to witness three months of horrifying atrocities where 10 UN Belgian peacekeepers died, as did those one million Rwandans.

Amidst the madness, there were moments of grace. The world heard about Mr. Dallaire standing up to criticism as his soldiers guarded buildings and churches to save Rwandan lives. These displays of courage demonstrated that humanity could exist within the chaos. Have these moments been forgotten? Has this moral stain on our human history lost its relevance? Why do Canadians, and the world, show so little interest in what we soldiers were sent to witness and document? As a society, we must never forget Mr. Dallaire’s moral fortitude as he pushed to save the lives of Rwandans trapped in the middle of a bloody conflict, disobeying a direct order from the UN to abandon the mission and allow this madness to go undocumented.

Canadian Forces launched two missions during the conflict and genocide, and another mission as the conflict was coming to a close. These missions delivered equipment and supplies and ferried passengers, while no other country was flying into the region. Canada did so without the sanction of the UN or NATO. As the war was concluding, there was an urgent request for a field hospital with water-purification capabilities. This mission was dubbed Operation Passage. I was sent on the reconnaissance team to assist in securing an area to operate from, soon to be followed by 257 Canadian soldiers. We were sent to a little village called Mareru to set up the field hospital. Close to one million refugees had gathered in a small town called Goma in the Democratic Republic of Congo, about 30 kilometres from Mareru. With poor sewage and living conditions, outbreaks of cholera were putting the population’s health at risk. In fact, 12,000 would succumb to the disease.

Throughout Operations Passage’s three months in Rwanda, medical staff would treat approximately 22,000 outpatients and nearly 700 inpatients, move mass graves, and through necessity, begin a hospital cemetery for those patients who died as a result of their injuries. Engineers purified millions of litres of water, fixed local infrastructure and returned electricity and water to churches, schools and a local orphanage. Our work made a significant impact on the lives of everyday Rwandans.

This is but one significant example of the numerous deployments Canadian forces have been sent to all over the world. Currently, we have soldiers deployed to Operation Unifier in Ukraine and Operation Impact in Iraq. These are only two of 34 current operations, of which most Canadians are unaware. While there is little fanfare for the work our soldiers have done and continue to do, there is no doubt that Canada plays a vital role in peacekeeping missions around the world. Even when faced with the worst of human brutality over the decades, Canada has remained constant, sending soldiers to witness and protect, and to hold those who carry out atrocities accountable.

For our past to be meaningful, we must have the ability to learn from our soldiers’ missions. It is our duty as a society to understand what took place in Rwanda 25 years ago, to prevent it from happening again and be proud of what our nation did then and continues to do in missions today. 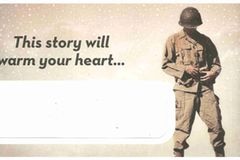 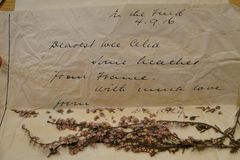 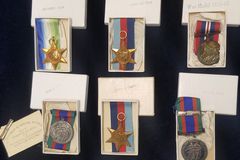