Andrey Pavlov is the professor of finance at Simon Fraser University’s Beedie School of Business.

If you own property in British Columbia, you will be receiving your property tax bill soon. It may have gone up or down since last year, but almost certainly it will not be the same. And this is not okay.

“What’s the big deal?" you might say. “The same is true for my gas or water bill.” Fair enough – except pretty much every other bill you pay reflects items you have actually consumed. If you use more water, then you pay more money. And while prices sometimes do change, they generally do so in a slow, predictable, and hopefully prudently managed way.

But your property tax bill changes, often substantially, just because the deemed value of your property has changed relative to all the others. This occurs often enough that the City of Vancouver has a program that offers temporary relief for people whose tax bill increases by 20 per cent or more in a year (based on the 2018 tax year). That’s very kind, but even a 19 per cent change in your tax bill can be very substantial if you face financial constraints (such as, say, working for your money).

And of course, the worst part is that your tax bill can go up or down by a lot, even if the services you actually consume have remained the same. It’s not like your garbage is being collected more frequently or you have a new fire hall around the corner. You’re getting the same services, but with a substantially different price tag.

It’s not like assessed value-based taxation is linked with the ability to pay, either. Does your employer increase your paycheque because your property tax bill has gone up? Sure, you’ve accumulated some equity, but this may or may not be something you could access while you live in your home. Some banks and mortgage insurance programs specifically rule out using your equity to increase your mortgage balance, at least while your income is flat.

It’s worth asking too: Why are property taxes even linked to assessed values to begin with? Expensive homes do not require more fire or police protection. In fact, with presumably better fire protection systems and more advanced security systems, expensive homes might actually require fewer city services. But while this is up for debate, homes that have become more expensive through market forces most certainly do not require more services relative to last year. And, by the same reasoning, homes that have become cheaper typically require the same level of services, too.

So if services consumed have little to do with assessed value, and certainly nothing to do with change in assessed value, we should find a better way to assign the property-tax burden. A good place to start would be through physical characteristics of the home, for instance through square footage. By and large it would be simple, would match services consumed a lot better than assessed value does, and above all, creates certainty for homeowners and city officials alike. It also makes increases in city budgets crystal clear – your tax bill goes up if and only if government spending increases. This allows voters to make more informed choices regarding future spending.

Under a physical characteristics-based taxation, for example, based on square footage, some property owners will end up paying more and some less. So, the one-time transition needs to be managed and perhaps phased-in over several years. But it would eventually be more just and predictable.

One objection that would necessarily come up is that every other place, at least in North America, uses property values to distribute the tax burden, and so there must be a reason for that. Well, it’s not true. In California, assessed values are limited to purchase price plus inflation, which isn’t an ideal system and isn’t quite characteristics-based, but does create stability and certainty for homeowners. Toronto, meanwhile, has a four-year phase-in system for property value increases, again to create some stability for the homeowners. It’s also worth arguing that Vancouverites already pay per usage for water, waste, street parking and a number of other city services. Why not extend this to all services?

Vancouver has already led the way in other areas around housing, from laneway homes to vacancy taxes. The city has proven it isn’t afraid to implement new and sometimes unorthodox ideas. So, for the next bold innovation? A fairer and more predictable tax system based on the physical characteristics of your home, so the amount you pay closer reflects the services you get. It would only make sense. 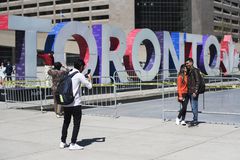 Opinion
Why I welcome Vancouver’s housing crash
Subscriber content
May 22, 2019 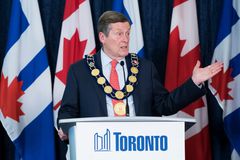 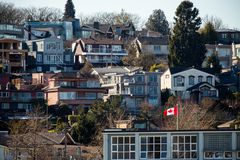