Aurel Braun is a professor of international relations and political science at the University of Toronto, and an associate at the Davis Center at Harvard University.

The posh resort town of Biarritz, on France’s Basque coast, is best known as a vacation destination, where its pristine beaches can put stresses out of mind. But this weekend, it will take on a very different kind of role, as the gathering spot for the leaders of the seven countries with the largest advanced economies in the world. Their daunting task: a remarkably ambitious agenda to fight inequalities across the board, promoted by the host, French President Emmanuel Macron.

With such formidable work ahead, it should not be surprising that Russia, a former member of the Group of Seven back when it was the Group of Eight, will not be the primary focus. U.S. President Donald Trump has proposed reinstating Russia – a recommendation reportedly endorsed by Mr. Macron – but that future-looking move won’t likely significantly change Moscow’s weight at this year’s summit. And despite Vladimir Putin’s unrealistic claims that Russia is a superpower, the reality that it is a deeply troubled state makes it tempting for G7 leaders to downgrade Russia as a priority in Biarritz.

But even amid all these distractions, it would be a mistake for the G7 to ignore the problem of Russia.

First, Russia is exhibiting classic symptoms of imperial decline. The gap is growing rapidly between Russia’s limited capabilities – with its energy-dependent, unidimensional economy stagnating – and Mr. Putin’s unhinged ambitions and overreach. And his “successes” in Crimea and in Syria, for instance, impose ever greater burdens on the long-suffering people of Russia.

Second, Russia has been working to increase its power through an alliance with China. But this is a Faustian bargain. Not only will Beijing easily shrug off efforts to be manipulated by Moscow, but the great and growing asymmetry of power between them makes Russia a very junior and increasingly dependent partner. A recent cover of The Economist, portraying a sad little bear sitting on the lap of an enormous and confident panda acutely captures Moscow’s illusory “partnership."

Third, the Mr. Putin government’s domestic program, predicated on a tacit trade-off between economic progress and popular political obedience, has been unravelling as the economy has stagnated and improvements in the standard of living of the average citizen have evaporated.

Fourth, the zone of democracy is continuing to shrink at an alarming rate, while the ersatz ideology promoted by Mr. Putin based on ultranationalism, authoritarianism and the Russian Orthodox Church loses traction. As problems in Russia multiply, nearly all polls show Mr. Putin’s popularity plunging, while protests continue to roil. On Aug. 10, as many as 60,000 demonstrators turned out in Moscow, angry about rigging in upcoming local elections.

These events have also heightened Mr. Putin’s detachment from political reality. During those Moscow demonstrations, he chose to travel to occupied Crimea, where he rode and cavorted with the ultranationalist motorcycle group, the Night Wolves.

Mr. Putin has sought to promote an image of indispensability, but the myriad problems at home have cumulatively eroded stability. In recent months, several senior officials in Russia’s domestic security service have been arrested on various charges, suggesting deep tensions even among the forces tasked with providing stability.

This is not to suggest by any means that the Putin regime is about to collapse. Rather, it reveals a regime that’s unwilling to make necessary fundamental domestic changes and that must divert popular attention by launching increasingly reckless foreign forays. Russia, as a result, has become an even more dangerous and disruptive power, working to break up NATO, deploying information warfare and bullying neighbours. Mr. Putin has worked to drive a wedge between Western allies and Germany, which relies on Russian energy and is hamstrung by Chancellor Angela Merkel’s aversion to military expenditures and her fraught relationship with Mr. Trump.

Russia has also been increasingly brazen in its military’s prodding and probing of the West. On an almost weekly basis, Russian military aircraft have engaged in provocative and risky challenges that at times may be accidents waiting to happen.

Further, in pursuit of magical solutions to fundamental problems, the Putin administration has tried to make end-runs around Western military superiority by developing “wonder weapons." Their destabilizing threat became amply evident on Aug. 8, when a Russian nuclear-powered cruise missile, described by Russian publication Novaya Gazeta as a “small flying Chernobyl,” exploded in the Arctic, killing at least five scientists and spewing radiation throughout the area. It would have had unlimited range and would have overcome any Western country’s anti-ballistic missile defences, but it also exposed the Kremlin’s unnerving reliance on technological fantasy over any promised strategic breakthrough of more useful technologies.

The G7 democracies cannot resolve Russia’s domestic problems, but they need to simultaneously engage with, contain and manage their relationship with Moscow, regardless of whether Russia’s at the table next year. The G7 must disabuse Mr. Putin’s Kremlin of its hopes of dividing the democracies by increasing their countries’ hard power while making a more determined and unified use of their vast soft power. With a policy of preventing but not provoking, they should make clear to Russia that they present no threat, but are resolute in resisting Russian military adventures or political interference.

Whether or not Mr. Putin joins them in 2020, Russia’s absence in Biarritz provides the G7 a vital opportunity to enhance group cohesion and display a unified front to manage the relationship with Moscow. They should make good use of this chance. 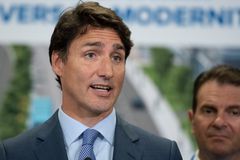 Opinion
As champions of liberty and democracy, G7 leaders must speak out on Hong Kong
August 19, 2019 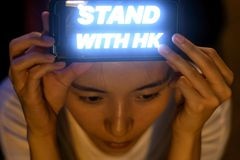 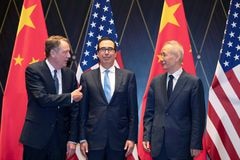