John Vaillant is the author of the The Golden Spruce and The Tiger. His forthcoming book, Fire Weather, is about 21st-century wildfire.

On June 29, Lytton, B.C. – a hamlet of 300 people, 150 kilometres northeast of Vancouver – set the all-time heat record for Canada, at 49.6 C. The following day, it burned to the ground in less time than it took to write this op-ed. Two fatalities have been reported thus far; it is heartbreaking and terrifying. Lives, homes and histories have been lost, once again; across the North American West, this has been happening with ever greater frequency and intensity.

It’s a tragedy for the victims – and it’s an urgent warning for the rest of us.

Most cities and towns in Canada are far more vulnerable to fire than we want to admit. Glenn McGillivray, managing director at the Institute for Catastrophic Loss Reduction in Toronto, has been saying this for years. “There are so many of these little towns that are exposed,” he told me. “Too many to list.”

It isn’t just the little towns. In 2014, two years before the Fort McMurray fire, Mr. McGillivray had warned about a huge wildfire like the 2011 one that burned through Slave Lake, Alta., repeating itself in Victoria, in Jasper – or in Fort Mac. Today, Mr. McGillivray still remembers the massive fire outside Timmins, Ont., in 2012: “We dodged a bullet on that one.”

Some Lytton, B.C., residents still unaccounted for after wildfire evacuation

But Fort McMurray didn’t. If it can happen there, when the lakes were still frozen and car-sized blocks of ice still lined the Athabasca River, it can happen anywhere in Canada.

Climate science is not rocket science: the hotter the weather, the more evaporation occurs, the dryer the fuel becomes, and is thus more susceptible to fire. This is why it’s easier to light a campfire in Kelowna than in Port Hardy. Every year now, new temperature records continue to be set, making Canada’s forests more and more like Kelowna’s.

We may acknowledge these terrible fires, but for most people, they’re happening somewhere else. The American essayist Sarah Miller confronted this dangerous self-deception just this week on Substack. In 2019, Ms. Miller wrote about the cognitive dissonance in Miami’s brisk luxury-condo market despite real-time sea-level rise – but even then, she was almost able to persuade herself that while climate change was certainly an issue, it wasn’t hers because she lived in the Pacific Northwest.

“I was like, ‘LOL Miami – they’re selling real estate in a town threatened by sea level rise’ without realizing I lived in and owned a home in a place that was equally climate-challenged,” she wrote. “I knew this intellectually, but it hadn’t seeped in.”

The Pacific Northwest saw devastating fires in 2020. And just this week, a heat wave shattered records, with Death Valley temperatures stretching from northern California all the way to central B.C., where they topped out at 49.6 C in what was once the town of Lytton.

Ms. Miller’s brave admission is an invitation to us all. Consciously or not, our tendency to register unpleasant and frightening information intellectually, while holding it at bay emotionally, is one way we defend ourselves from the fear and discomfort caused by what is happening all around us, right now, in real time.

I live in Vancouver, in a house a lot like Ms. Miller’s, surrounded by a thousand more just like it. My neighbours’ gutters practically touch mine. If my house were to catch on fire, that narrow gap between our homes would act like a bellows. Imagine that happening in the heat that just baked this city.

“All you need is a couple of structures close together,” Mr. McGillivray said, “and then you have urban conflagration – exactly what happened to Fort McMurray. I don’t think we’ve learned.”

Fire departments are equipped and trained for structure fires, not for multiblock infernos. Firefighters couldn’t stop what happened in Lytton, and they couldn’t stop what happened in Fort McMurray – or Slave Lake, or Kelowna – before massive damage was incurred. It is a miracle that there have been so few fatalities. That more communities will burn is statistically likely; our atmosphere is demonstrating this every day. Between June 30 and July 1, more than 100,000 pyrogenic lightning strikes hit B.C. and Alberta.

Rural fire chiefs, fire scientists and experts like Glenn McGillivray have been warning us for years. It’s time for cities such as Vancouver, Thunder Bay and Calgary to join them.

As citizens, we must move past our cool intellectual detachment and take in – viscerally, meaningfully and above all, pro-actively – the real possibility that next time, the fire could be in our neighbourhood, our town, our city.

Don’t take it from me. Ask anyone who evacuated Kamloops on Canada Day, or who used to live in Lytton.

‘The embers were coming down like fireballs’: Residents of Lytton, B.C., recall harrowing escape
July 2, 2021 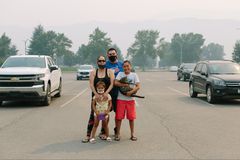 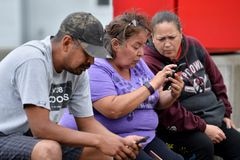 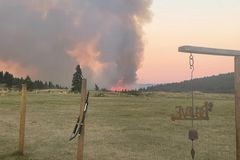