Noting that not many people were left in the hyperkinetic President’s entourage who could still speak frankly to Mr. Macron, Mr. Collomb warned: “If everyone bows before him, he is going to end up isolating himself.”

Mr. Collomb, a 71-year-old veteran of French politics, officially left Mr. Macron’s cabinet to return to his former job as mayor of Lyon. But his departure signalled a deeper problem, as several of the new President’s earliest confidants began to weary of his controlling style.

Now, after a week that shook his presidency, forcing his government to abandon a planned 2019 fuel tax increase aimed specifically at cutting carbon emissions, Mr. Macron indeed looks quite alone. Having micromanaged his way into this mess, he confronts a crisis entirely of his own making. It is not clear that he can recover his authority, much less his former popularity.

That has deep implications for France, Europe and possibly the entire free world.

Elected at the age of only 39, having created his own political party from scratch, Mr. Macron had the markings of a man destined to make history. France had not seen a leader who inspired as much optimism or possessed as much je ne sais quoi since at least François Mitterrand.

Mr. Macron needed every bit of political capital he could muster if he was to make France’s economy great again. His election followed two failed presidencies, those of Nicolas Sarkozy and François Hollande, neither of whom had been able to reverse France’s relentless decline as high taxes and public debt smothered growth.

Mr. Sarkozy did manage to raise the retirement age to 62 from 60, albeit at a heavy cost to his popularity, but the 2008 financial crisis undermined his ability to go any further. Besides, his abrasive personality came to so irritate French voters that they simply stopped listening to him.

Mr. Hollande, a Socialist elected in 2012 mainly because he was not Mr. Sarkozy, never did inspire much hope outside the circle of technocrats from which he himself emerged. A weak leader, his presidency became a comedy of errors. His indecision after the 2015 terrorist attacks left the country more divided and led to a schism in his party.

That split was, in part, provoked by Mr. Macron, who quit as Mr. Hollande’s economy minister in 2016 after having hatched a not-so-secret plan to replace his former boss. Mr. Macron laid waste to both of France’s traditional parties, allowing him to embark on his five-year mandate with a clean slate.

Mr. Macron held irresistible appeal for a subsection of influential French voters, specifically the educated and secular elites who dominate French public discourse. And the aura he and the French media helped create around his personality allowed him to push through reforms that previous presidents could only dream of.

Now, after the worst riots to hit Paris in 50 years, Mr. Macron looks merely as mortal as his failed predecessors. The protests by the so-called “yellow vests” against his government’s carbon tax stemmed from a fatal miscalculation on Mr. Macron’s part and exposed the President’s own tone deafness.

Most gilets jaunes – so named for the reflective security vests they have donned in protest – did not vote for Mr. Macron. If they voted, they were more likely to support the far-right anti-immigration fearmonger Marine Le Pen or far-left anti-globalization agitator Jean-Luc Mélenchon. But Mr. Macron’s failure to appreciate the depth of their anger and alienation could do him in unless he gets busy trying to address it.

That will mean forgetting about his grandiose efforts to save the European Union, much less the planet, to focus on domestic affairs. Abandoning the carbon tax will leave a hole in his government’s 2019 budget, one that will grow if he delivers (as he must) on further tax relief to satisfy the gilets jaunes.

His government may also need to reinstate a wealth tax on financial assets that it scrapped last year. The wealth tax was a brake on investment in France and was one reason so many well-off French citizens had taken up residence in Switzerland and Belgium. But if he wants to rid himself of the damaging “president of the rich” label he has earned, Mr. Macron will need to show he cares more about the bottom 50 per cent of French citizens than the top 1 per cent.

He does not have much time if France is to avoid another failed presidency. 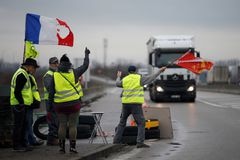 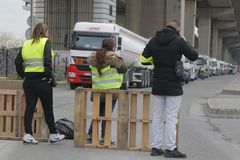 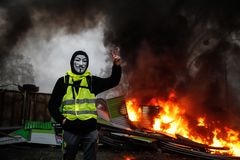