The election could have been worse, I suppose. A giant asteroid could have flattened the Earth, though at certain points an obliterating asteroid would have seemed like a mercy. On the bright side, Maxime Bernier’s People’s Party of Canada searched through the rubbish in the far-right corner of the electoral cupboard and found it bare, which was very comforting. Even better: The Rhino Party finding and fielding a candidate also named Maxime Bernier. Well played, Rhinos. We’ve missed you.

The rest of this federal campaign felt like a much sadder joke, which was not comforting at all. At a time when concerted international action is required on many issues, climate change paramount among them, our election felt like a food fight at a toddler’s birthday party. So much screaming; so many insults. We’re all ready for a nap – just when the real work of cleaning up has to begin.

Does anyone feel today that the country is pulling together toward that goal? As I write this, the ugly word “Wexit” is trending on social media, in reference to Western Canada’s feeling of alienation from the diminished but still ruling Liberal elite in Ottawa. (That anyone could think Brexit is worthy of emulation suggests a lack of attention to the news in the past three years.)

I’m not Isaac Newton, but that seems like kooky math. Perhaps it would not have been this way if this had been the last federal election waged under our clunky first-past-the-post system. As I recall, someone promised that the 2015 election would mark the end of that regime, that a bright new future of electoral reform would be opened up, and voters would feel that their ballots had weight and were not just counted. Who was that again? Oh, that’s right – the prime minister, who won on a platform calling for electoral reform in 2015 and then abandoned that promise.

Is there any chance that Justin Trudeau’s Liberals will revisit their once-popular policy/now infamous betrayal? That direction seems profoundly unlikely, because from a purely cynical, short-term perspective it would gain them nothing. So what if electoral reform, an issue that’s popular with young voters and might go some way to restoring trust in our democracy, took such a kicking in this election?

The Liberals have buried electoral reform in a lead-lined coffin, under a pyre of stones, behind a barbed-wire fence. (Although you can still read about the government’s online consultation on the subject, which drew a remarkable 383,000 submissions between Dec. 2016 and Jan. 2017, and which showed that almost one-third of respondents were dissatisfied with our country’s democracy.)

The person who could give electoral reform the attention it deserves is NDP Leader Jagmeet Singh. After all, it was one of the main planks of his platform when he won the leadership of his party in 2017. It is also an issue dear to the NDP membership, who have voted to make it a prerequisite for support of a Liberal minority government. Will Mr. Singh choose to hold the government’s feet to the fire on this issue, or will he give it up in favour of some other important goal, such as pharmacare or a wealth tax?

We can only hope that someone, at some point, is brave and stalwart enough to champion the cause, before large portions of the country give in to anger or despair over their voices not being heard. When he was asked at a townhall in Yellowknife why he’d abandoned his promise to overhaul the electoral system, Mr. Trudeau said he was worried that certain methods of reform would be too “divisive.” He said it was his responsibility to “keep this country together and united and focused on the things that unite us rather than divide us.”

That horse, unfortunately, has already bolted the stable, eyes rolling. It’s the government’s job now to call it back. 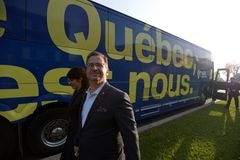 Opinion
Federal election 2019: Trudeau must be a different kind of PM in order to navigate a tougher political map
Subscriber content
October 22, 2019 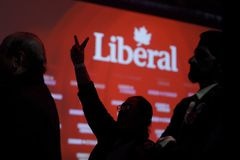