When Maayan Ziv was a student at Ryerson University, back in 2014, she and some classmates decided to go out for drinks one day.

But the restaurant where they planned to meet had stairs, so she was forced to manoeuvre her wheelchair down a dank, narrow alley where the garbage cans were stored to join her friends on the back patio.

“When you use a wheelchair, you get used to going in with the deliveries and out with the garbage,” Ms. Ziv says wryly. “Everyday activities like going to a restaurant can make you feel like a second-class citizen.”

But as she sat on the patio that day, Ms. Ziv, who was completing a master’s degree in entrepreneurship, had an idea: What if there was an app that allowed her, and others, to identify businesses that were accessible and avoid those that aren’t?

So, over the next year, she set aside her career as a professional photographer and created AccessNow, a mobile crowdsourcing platform that allows people to search for, discover and rate places based on their accessibility.

“I’ve grown up with a tendency to problem-solve, to overcome barriers – by necessity,” says Ms. Ziv, who was born with spinal muscular atrophy. “Where I see problems, I seek opportunities.”

Users can then click on a pin and get more detailed info about a business, such as “stairs at entrance,” “steep ramp,” “no automatic doors,” “no accessible washroom.”

AccessNow, which is being used in 34 countries around the world, is a simple tool. But it’s also symbolic of a new mindset. At 29, Ms. Ziv is part of a generation that sees accessibility and inclusion not as optional accommodations, but as human-rights issues. And they want businesses and governments to invest in accessibility features not just because they are legally obligated to do so, but because it’s good for business.

About one in five Canadians – 6.2 million – over 15 have some form of disability, according to Statistics Canada. More than 300,000 people use wheelchairs or scooters, and they all have family and friends.

“Core to our brand is that accessibility matters to everyone,” from parents pushing strollers through to seniors with walkers, Ms. Ziv says. “It’s not a nice-to-have feature, it’s an integral part of daily life.”

She also stresses that it shouldn’t be up to people with disabilities alone to demand change. “Inclusive-ish is not good enough.”

The goal of the Accessible Canada Act, which became law in June, is to make Canada barrier-free by 2040, and it imposes a number of legal obligations on federally regulated employers.

The Canadian legislation comes almost 30 years after the Americans with Disabilities Act, which has had a tremendous impact in the United States. Many are waiting to see the practical effects here.

But beyond laws and devices such as wheelchairs, the most powerful accessibility tool people have is information.

“Technology like AccessNow provides information and insight that allows you to live life in a more inclusive way, to carry out everyday tasks with a little less struggle and a few less barriers,” Ms. Ziv says.

A few weeks ago, AccessNow received a major boost in the form of $2.7-million in funding from the federal government. The money will be used to upgrade the platform so that users can find information on more than just a business’s physical accessibility, such as whether restaurants have braille menus, or if venues are scent-free.

“We want the community to decide what the barriers are, and how we can provide the best information,” Ms. Ziv says.

The funding will also allow AccessNow to sponsor live events, such as “accessibility scavenger hunts,” where volunteers blitz a neighbourhood and map the accessibility features of all businesses.

Earlier this year, Ms. Ziv received a prestigious award from the Public Policy Forum as an emerging leader. She says that was particularly moving because when she was growing up, “there weren’t people who looked like me who were entrepreneurs or scientists. The role models for people with disabilities tend to be athletes, but I wanted a movie star.”

Ms. Ziv says her only regret in throwing herself body-and-soul into AccessNow is that she misses photography.

“My camera sits on the shelf looking at me longingly, and that’s been a bit of a sacrifice,” she says.

“But my camera will always be there. This opportunity may not be.” 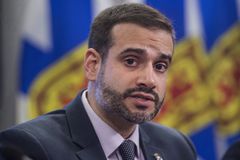 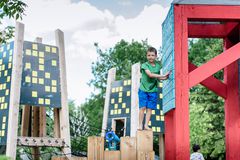