During the past year, more than four million people in China have played a sort of online game called What’s In The Bun? As their screen fills with jolly cartoon images of the pork buns (baozi) that much of China eats for breakfast or lunch every day, players win animated prizes for answering quiz questions about their country’s all-too-common tainted-food scandals.

Then the players start talking politics. How can they know if the meat is safe? Who are the officials in their city that might make their processed food safer? How good a job are those officials doing? The game provides them with knowledge of the laws, and the institutions that might allow them to take action.

In the past couple months, another two and a half million Chinese citizens have discovered an even more risqué online game, The Bad Boss Files. While navigating a colourful space that resembles Sim City, players encounter abusive, exploitative and harassing employers, their stories drawn from local news reports. Players are shown relevant Chinese laws, and guess whether the boss was found in violation – or whether, as is often the case, they dodged prosecution. Then, in heated online “ask me anything” discussions in which anonymity is guaranteed, thousands of users name offenders, discuss the politics of workplace impunity, corporate abuse and government neglect, and talk about the ways such problems are approached in other countries.

Two things are surprising about these highly political games. The first is that they have not been shut down or blocked on the Chinese internet, where much criticism of officials is now forbidden.

The second is that these games aren’t designed, run or hosted in China. In fact, their home is in an office beneath a 19th-century observatory on Toronto’s Bloor Street, on the University of Toronto campus, and their authors are a handful of Canadian scholars.

“We set out to create digital spaces for public-policy dialogue, in countries where policy discussion is highly restricted or forbidden,” says Farhaan Ladhani, the head of Digital Public Square.

Three years ago, Mr. Ladhani, formerly a senior foreign-policy official, teamed up with political scientist Janice Stein and a group of scholars and programmers, with initial funding from the Harper government’s foreign-affairs department, to insert themselves digitally, but not physically, into authoritarian countries such as Iran and China.

The words “democracy building” do not appear in the Public Square’s websites or its self-description. Their goal is not to change regimes or to impose Western values on Eastern publics.

In fact, their online spaces propose to do things that the leaders of China and Iran say they want done – fight corruption, get citizens engaged, keep promises. In Iran, their signature project was the much-visited “Rouhani Meter” – a crowdsourced, madly commented-upon pie chart that tracked the many promises upon which President Hassan Rouhani built his supposedly reformist campaign (to date, Iranians tell the site they believe he has achieved 21 per cent of his promises).

That site was blocked from the Iranian internet twice by authorities, but not before becoming a national sensation and making its way into Mr. Rouhani’s own speeches. Enough Iranians regularly used the site (which, like all of Digital Public Square’s projects, is anonymous and does not record any data, such as IP addresses, that could identify individual users) that the Toronto scholars were able to use it this year to conduct unprecedented public-opinion polling into the motives behind Iran’s anti-government protests in January (they weren’t the revolutionary democracy uprising some had heralded).

Both Mr. Ladhani and Dr. Stein have worked with democracy-promotion organizations, and had been disappointed by their top-down, explicitly political methods. With these projects, they’re limiting themselves to the possible – working with, rather than against, the existing political cultures.

This is also an example of an increasingly popular approach to the mind-warpingly huge challenges that scholars call “wicked problems.” A decade ago, the surgeon Atul Gawande transformed the world of major surgery, and considerably raised the success rates of operations, by popularizing the airplane pilot’s notion of ultradetailed checklists in the world of medicine. Today, a version of this “checklist revolution” seems to be changing foreign policy.

“Our intuition was that the ‘push’ model was not working,” Dr. Stein says. “So our project was not about pushing ideas out to people, it was about pulling people in and creating spaces where they could bring their own ideas.” It is within these small but popular institutions, digital or otherwise, that larger ideas often flourish.

Globe editorial: Democracy’s immutable need for a free press
May 3, 2018 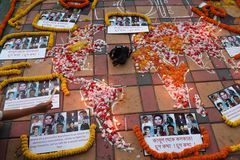