Week after week, these poster-like magazine covers burst out of the otherwise grey pages of the Saturday Globe and Mail like psychedelic bombs. Embodying the spirit of the late 1960s, they tackled complex issues and visually captured one of the most transformative periods in the cultural and political life of Canada. And then they vanished.

The history of graphic design in Canada is missing a chapter on their creator Margaret Stewart (1928-2019), art director of The Globe Magazine from 1964 to 1971. Despite being well-known in the Toronto creative scene where she was active from the fifties to the eighties, her work is virtually unknown today. Fortunately, since bound copies were discovered in a forgotten library cupboard at The Globe just prior to the paper’s move in 2016, we have an opportunity to rediscover a remarkable period in her career.

These covers had already caught my eye repeatedly as a visual kid growing up in Toronto, so when I first met Marg (as the mom of one of my best friends in middle school), I was surprised to learn that she was responsible for them. I was impressed, but it wasn’t until 40 years later, when I became an art director at The Globe myself, that I fully appreciated the strength of the work she’d accomplished here.

As an art director, she was expert at choosing the right illustrator or photographer for a job, but some of her strongest work as a designer and conceptual thinker emerged when she was working with no budget, inferior visuals or just a headline. One of her signature strategies was to pump up the contrast on murky wire photos, transforming them into graphic silhouettes that fused seamlessly with the headlines. She wasn’t the only art director who used this trick, but, as her Rudolf Nureyev cover reveals, her approach was unmistakably original. The bold red and orange vertical stripes she added appear to be more inspired by contemporary colour field painting than the graphic design of her contemporaries. In another example, her resourcefulness seems inseparable from the conceptual thinking and wit she brought to her solution for the cover story “Nuns: Breaking the cloister’s bonds,” where a rosary ensnares the photo of a nun like a chain. Ms. Stewart’s socially urgent graphics have an immediacy that transcends their quintessential Sixties aesthetic, many of them feel like they could have been designed today.

When The Globe Magazine was replaced by the syndicated Weekend Magazine in 1971, Marg lost the platform where she was able to do the most original and arguably the strongest work of her career. Not one to be thrown off course, she moved up into a newly created senior position working for the paper at large as the first art director of The Globe and Mail. Ambitious and uncompromising, Marg Stewart was a trailblazer for women designers in Canada.

This Rudolf Nureyev cover is an example of Ms. Stewart’s originality. She added bold red and orange vertical stripes that appear to be more inspired by contemporary colour field painting than the graphic design of her contemporaries.

One of Ms. Stewart’s signature strategies was to pump up the contrast on murky wire photos, transforming them into graphic silhouettes that fused seamlessly with the headlines.

Toronto: Does colour really make a difference? The Globe Magazine, May 8, 1971

For this cover on race relations in Toronto, Ms. Stewart used a shocking pink background to bring intensity to what might otherwise be straightforward cover.

Limited art budgets may have encouraged Ms. Stewart to come up with some of her strongest concept covers. The miniscule headline reads: “TOP NEWS STORIES OF 1964: K…UN…LBJ…KKK…FLQ…SIU…” predating a similar use of acronyms in the lyrics from the Broadway musical Hair by two years.

Free from the newsstand demands of enticing readers with catchy headlines, The Globe Magazine covers sometimes pointed to arty visual features, like this photo essay of high-contrast black and white pictures by Erik Christensen..

In another example, Ms. Stewart’s resourcefulness seems inseparable from the conceptual thinking and wit she brought to her solution for this cover story where a rosary ensnares the photo of a nun like a chain.

Be realistic! Demand the impossible. The Globe Magazine, July 4, 1970

Ms. Stewart's covers had the urgency and clout of political posters, usually reflecting the angle of the cover story but, when one looks at her body of work for The Globe Magazine over several years, her own viewpoint also becomes apparent.

Week after week, Ms. Stewart’s poster-like magazine covers burst out of the otherwise grey pages of the Saturday Globe and Mail like psychedelic bombs. 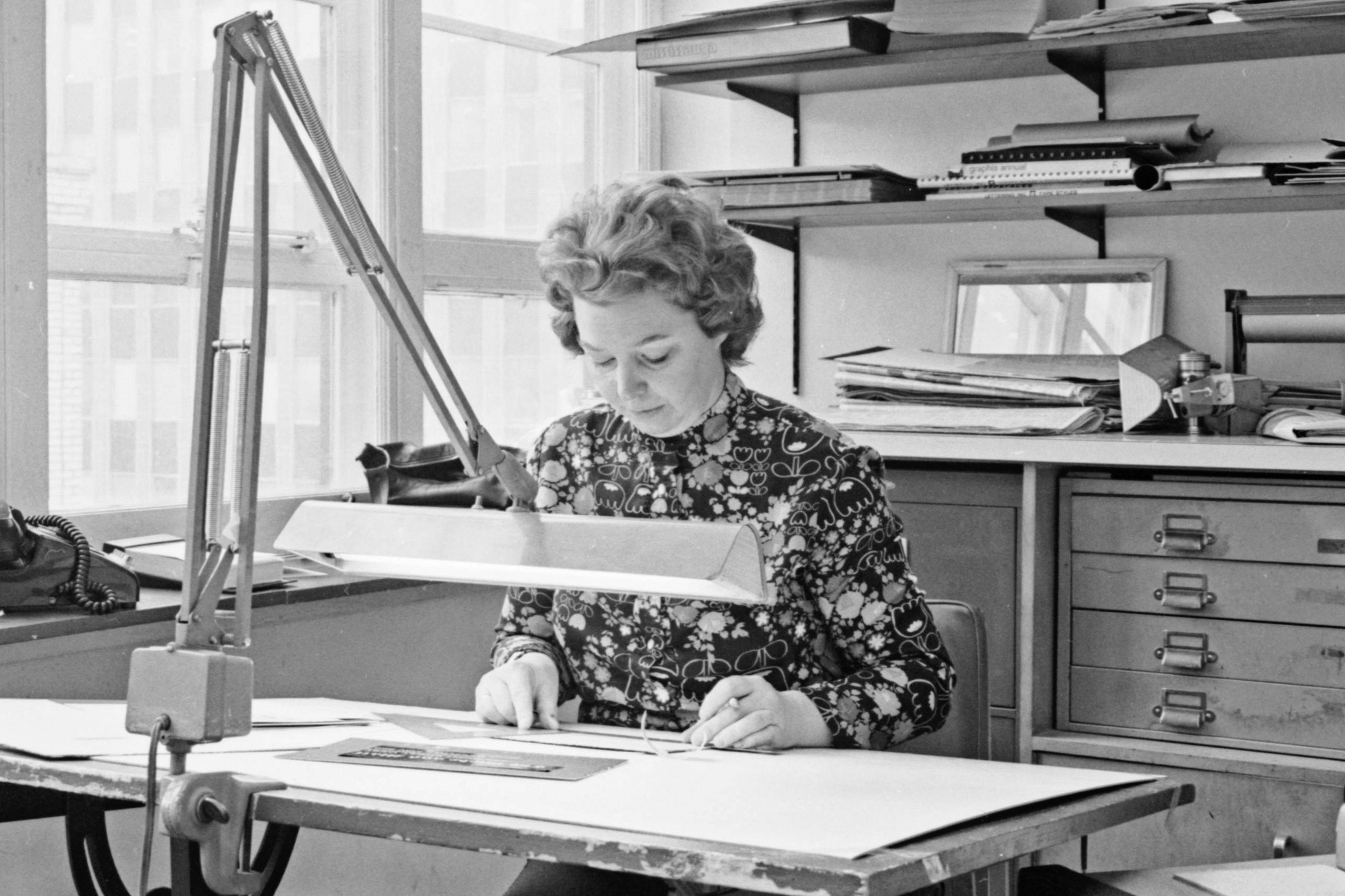 Dr. Jaleen Grove, a historian of Canadian illustration, looks back at the hip and vivacious Canadian designs that made Marg Stewart stand out.