Mark Carney managed to fool an awful lot of people when he showed up, virtually of course, at the Liberal Party of Canada’s April convention promising to do “whatever I can” to help the Grits retain power in an election almost everyone expected would come this year.

After a decade of coyly keeping even Grits guessing about whether the former central banker supported Canada’s self-ordained natural governing party, Mr. Carney’s Liberal coming out in April amounted to a massive coup for a government seeking to renew its front benches.

Mr. Carney was not just a big catch for the Liberals. He was a whale among minnows. Having finally, after years of hesitation, bathed himself in Liberal red, Mr. Carney’s candidacy in the coming election appeared a mere formality. He had crossed the line into partisanship and there was no going back. He was a politician now and would henceforth be viewed thusly by all.

Besides, Mr. Carney appeared to have carefully prepared his long-awaited political debut. He had just published an earnest tome on his vision for a kinder, greener capitalism that, depending on which chapter you were reading, seemed as if it could have been written by Mother Teresa, Greta Thunberg or Elizabeth Warren. With Values, Mr. Carney seemed to expunge the biggest strike against him – at least among Liberals – specifically, his years spent at Goldman Sachs, the Wall Street investment bank once colourfully described by writer Matt Taibbi as “a great vampire squid wrapped around the face of humanity, relentlessly jamming its blood funnel into anything that smells like money.”

Alas, Mr. Carney suddenly made it known this week that he will not be running for the Liberals, after all, at least not in an election held this year. He explained, in a trio of tweets, that he made a commitment to United Nations Secretary-General Antonio Guterres and British Prime Minister Boris Johnson to help make this fall’s UN climate conference in Glasgow, Scotland, a success. Since ending his stint as Bank of England governor last year, Mr. Carney has served as a UN special envoy for climate change and a special adviser to Mr. Johnson on climate finance. And the November COP26 conference is seen by many experts as a make-or-break rendezvous for the planet.

“As a goalie, I know you don’t skate off the ice in the 3rd period of a must-win game,” Mr. Carney tweeted, in an obtuse hockey reference. Goalies, he should know, are regularly pulled in the final minutes of the match so that big scorers can take the ice. Regardless of his leadership role in climate finance, COP26′s success depends much less on the former Oxford University goalie’s skills in net than on the negotiating skills of Mr. Johnson and U.S. President Joe Biden.

After repeatedly rolling out the red carpet for the former Bank of Canada governor, it is no surprise that some Liberals are starting to find him high maintenance. The party appeared willing to clear the way for Mr. Carney to run in Ottawa-Centre, securing the resignation of Infrastructure Minister Catherine McKenna. Speculation also had Mr. Carney getting the Grit nomination in Kanata-Carleton or Ottawa South.

Of the three, only Ottawa South is solid red, long been held by MP David McGuinty. Ottawa-Centre, where the New Democrats just nominated union economist Angella MacEwen as their candidate, has a distinctly pinkish hue. The NDP would relish taking on a Goldman Sachs alum in a riding that Paul Dewar thrice carried handily for the party before losing to Ms. McKenna in 2015. Kanata-Carleton is a suburban swing riding where the Liberals and Conservatives are both competitive.

Facing the rather, er, ordinary prospect of door-to-door canvassing, did Mr. Carney simply bail on the Liberals?

If Mr. Carney has his eye on any job in Canadian politics, it is undoubtedly the top one. The coming federal campaign, with the Liberals leading in the polls but not assured of a majority, may be Prime Minister Justin Trudeau’s last one as Liberal Leader. But succeeding him would require an all-in commitment to working in the political trenches that Mr. Carney still seems unwilling or incapable of making.

Instead, Mr. Carney showed up as a guest in the royal box at Wimbledon this month, hailed as one the climate champions the Grand Slam tennis tournament had chosen to honour as part of its first Environment Day. As a Liberal candidate, he would have been taken to task for his carbon-intensive flight to Britain while the Trudeau government was still cautioning against non-essential travel. As UN special envoy for COP26, he was treated like royalty. It sure beats the rubber chicken circuit back home. 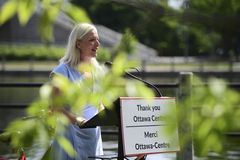 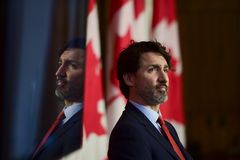 Mark Carney will ‘do whatever’ he can to support Liberals, but didn’t specify plans to run for party
Subscriber content
April 9, 2021 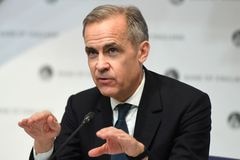