Ken Hansen is an independent defence and security analyst and owner of Hansen Maritime Horizons. Retired from the navy in 2009 in the rank of Commander, he is a member of the Science Advisory Committee for Atlantic Oceans Research Enterprise and a contributor to the Security Affairs Committee for the Royal United Services Institute of Nova Scotia.

Personal ethics are always a nebulous thing. People react differently to different events because of their own values and beliefs; the grey areas are what make us individual and human. But when mushy ethics crash up against strict doctrine – as it does in Canada’s military, where orders are definitive and directives are to be followed – the results can be awkward indeed.

So it is in the case with Vice-Admiral Mark Norman, which shows us an example of what happens when the grey of ethics in the military collide with the black-and-white of legality. The suspended second-in-command of Canada’s armed forces faces trial in August over a breach-of-trust charge, for allegedly leaking Liberal government secrets to Quebec’s Davie shipyard in an attempt to influence cabinet’s decision on a paused Harper-era $700-million shipbuilding project in 2015.

It is an exceedingly rare event when a top admiral of the Royal Canadian Navy is dismissed, but when it does happen, it often stems from a conflict of interest between loyalty to the naval culture and the professional ethos of the Canadian Armed Forces. And indeed, the way the two have been forged together into an ungainly unified doctrine of military leadership is a story as old as the Canadian Armed Forces’ original founding in the 1960s, and shows us how deeply this conflict of culture is embedded in the organization’s DNA.

In 1968, the second part of cabinet minister Paul Hellyer’s plan to streamline the military’s three services took effect: the full unification of the Navy, the Air Force and the Army. His plan, which began in 1964, when Mr. Hellyer was defence minister, was enacted by Bill C-243, which blended the service identities of the army, navy and air force into a single but poorly defined military entity.

This was hotly debated. In 1965, Rear-Admiral William Landymore, who had become the senior admiral after Mr. Hellyer’s initial 1964 bill eliminated the top command position at the national headquarters, organized naval opposition to unification by holding a series of senior staff meetings in Halifax. Eventually, broadsides delivered to the media by both Mr. Hellyer and Rear-Adm. Landymore brought the issue to national prominence. After Rear-Adm. Landymore circumvented Mr. Hellyer by meeting one-on-one with Prime Minister Lester Pearson, the minister demanded his resignation; Rear-Adm. Landymore refused, leading to his dismissal.

Mr. Hellyer’s grand plan remained controversial, even after Rear-Adm. Landymore was removed and the bill was passed. Wilfred Lund, a retired navy captain, wrote that Mr. Hellyer “had not spelled out how unification would take place and left the defence portfolio at the most critical point of implementation” when he became the transportation minister in 1967. And it is highly unlikely that he considered the differences between the services as anything more than pride of identity; Culture could be changed, he believed, with a new uniform, a common rank structure and a new set of commanders. But a spate of forced resignations followed Rear-Adm. Landymore’s departure and a flood of voluntary releases ensued, leaving the new Maritime Command short of leadership and skilled sailors, while shaking the public trust in the government and the navy.

That left the fundamental problem – that different service cultures existed, and collided with each other – unaddressed. And if each service has unique operating conditions that shape that defining, stringently enforced and now awkwardly unified culture, then each will also have different understanding of what ethical leadership means.

In 1969, Major-General Roger Rowley’s authoritative Report of the Officer Development Board considered the problems that resulted from unification, which led, in his words, to “the loss of too many expensively-educated and highly trained young officers before their normal retirement age.” The report argued for the introduction of a specifically Canadian profession of arms and a code of ethics, to be achieved by a multitiered educational system, and identified the need for different perspectives on leadership as rank increased and responsibilities changed. It established the “Three Canons” of a new military ethical foundation: the preservation of national security, the defence of the constitution and the support for the legal and legitimate aims of the country.

But despite the report, the basic issue at the core of both the Landymore and the Norman situations – of what must be done under legal obligations of loyalty and what should be done under ethical service responsibility – remained blurred. And through the establishment of various courses, academies and institutes over the past four decades, a common, unified system of advanced education and of doctrinal guides emerged, steamrolling over the inherent differences between the services.

Brian Whitehouse, a Canadian oceanographer and the son of a naval father, wrote that “the common view of the sea is not based on facts … the individual view always contains an element of subjective perception." Former naval officer Alan Okros – who wrote a 2010 report that recognized that a common approach helps with higher military operations and multi-agency contexts but “the reality of practice on the ground is that there are differences across environments and across services” – agrees.

“Each service leader will always believe they understand best the needs of their service and know the best solutions to every problem.” Dr. Okros wrote. His report found that military leadership was essentially built through a social process and therefore driven by culture; he also noted that the new processes of developing leadership weren’t achieving intended effects.

The idea of a core set of ethics in leadership was muddied further by the Defence Ethics Program, launched in 2012, which describes “the common values and expected behaviours" for members of CAF and DND, but also lays out the concept of stewardship as “considering the present and long-term effects that their actions have on people and the environment” and “[e]nsuring resources are in place to meet future challenges.” This, ultimately, was the inherent fracture that sparked the Landymore affair, and is likely the case again with Vice-Adm. Norman now, who appears to have been caught between “expected behaviours” and this stewardship mandate to ensure a better outcome on important military issues such as defence procurement.

Vice-Adm. Norman’s trial is expected to provide insight into just how deep and ancient these cultural chasms remain. But it is hard to imagine that any verdict will restore political trust in the navy any time soon – or provide any new clarity on how to productively bridge those gaps. 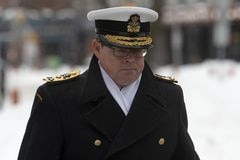 After Norman, RCMP charges another official in alleged leak of information on the Davie shipyard contract
Subscriber content
February 14, 2019 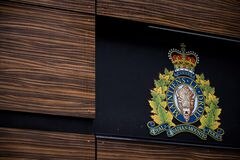