Three decades ago, it took a series of real and perceived slaps in the face by Brian Mulroney’s Progressive Conservatives for a group of Western right-wingers to slam the door and create the Reform Party of Canada, led by Preston Manning and his ambitious wingman Stephen Harper.

The Reformers saw the Mulroney Conservatives’ embrace of official bilingualism and multiculturalism as politically motivated sops to voters in Quebec and urban Ontario, respectively. They saw the Meech Lake Accord as the ultimate capitulation to Quebec by central Canadian elites. They railed against the corporate welfare of the Mulroney government, which awarded a CF-18 maintenance contract to Bombardier-owned Canadair. And they opposed changes to the RCMP dress code “for religious or ethnic reasons” after a Sikh officer sought to wear his turban.

The Reform Party plugged into the vein of Western alienation and hit a gusher. Its electoral success, along with that of the Bloc Québécois, reduced the Progressive Conservative Party to rubble and ensured an uninterrupted series of majority Liberal governments for Jean Chrétien. Reform achieved none of its foundational objectives. And though it helped kill the Meech Lake Accord, it was Mr. Harper himself who, as Conservative prime minister in 2006, moved a House of Commons motion recognizing that “the Québécois form a nation within a united Canada.”

That brief history lesson is about all you need to know in order to qualify Maxime Bernier’s histrionic move to quit the Conservative Party on Thursday as little more than a temper tantrum by an attention-starved MP. His scathing critique of the “intellectually and morally corrupt” Conservatives he not long ago sought to lead was as over the top as any soap-opera soliloquy. It was a transparent attempt to undermine the man who bested him in the 2017 leadership race, rather than a mission statement for the creation of a “real conservative” movement in Canada.

Unlike Mr. Bernier, real conservatives are not Ayn Rand wannabes. They understand that society is an organic whole, not just a collection of individuals out to maximize their personal self-interest. That change cannot be thrust on an entire population according to the whims of a small fragment of it. And that progress is achieved only through hard work and compromise.

Mr. Bernier has always had a hard time with compromise, which is a reflection of both his own lack of political maturity and an inability to share the spotlight. He has had several opportunities to prove himself, as industry minister and foreign affairs minister in Mr. Harper’s first government, as small business minister in the last Harper administration and as a leadership contender. Each time, he has failed to show that he is more than a stuffed shirt.

It is easy to rhyme off a series of libertarian principles, as if we lived in a world without nuance, market failure, inequality and injustice. It’s nice to be able to stick to your principles when you never really have to prove their worth. It makes you sound so pure and uncorrupted by the lust for power.

It’s not that there isn’t merit to some of what Mr. Bernier claims to stand for, including ending supply management and corporate welfare. It was only after those causes failed to give him enough traction to unseat Conservative Leader Andrew Scheer, however, that Mr. Bernier launched into a critique of the Trudeau government’s “extreme multiculturalism,” as if to show up Mr. Scheer’s weak-kneed leadership. But a series of choleric tweets is no replacement for a considered reflection on one of the greatest challenges of our times.

Diversity is not a choice: It is our reality, one that is perfectly compatible with our liberal-society values. The challenge all Western societies face consists of finding a balance between meeting demands for recognition by racial, ethnic or religious minorities and ensuring that such recognition does not undermine our shared identities and values. No society has got this balance quite right, yet. But arguably no country has come closer to that goal than Canada.

In embracing identity politics for electoral gain, Prime Minister Justin Trudeau is playing with fire and should be called out for it. Not in some Twitter rant, but in a thoughtful and sensitive way that does not alienate the very people you need to reach. Unfortunately, Mr. Bernier’s tweets served more to give comfort to those in society who feel threatened by diversity than to draw in those whose marginalization has led them to seek recognition by the very society they reject.

Mr. Bernier is no Winston Churchill and any Conservative considering following him out the door should realize that. Because one man’s tantrum does not a movement make. 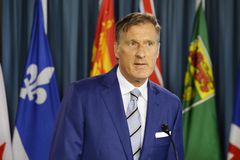 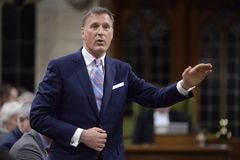