Every time the Parliamentary Budget Officer opens his mouth, the deficit shoots higher. On March 27, PBO Yves Giroux projected the shortfall for the current fiscal year, which started on April 1, at the then-staggering sum of $112.7-billion. By April 9, that had climbed to $184-billion; by April 30, $252-billion.

This week, Mr. Giroux told the House of Commons finance committee his latest estimate – the one he put out two weeks ago – was “on the very optimistic side,” that indeed it was “not unthinkable” the federal debt could pass $1-trillion this year. It reached $710-billion last year, so you do the math.

And we are still not two months into the fiscal year.

Does it matter? Even as federal finances appear to be sliding off a cliff, the air is thick with assurances that, in fact, there is nothing to worry about. It’s true the government had no choice: The economy had to be shut down, and workers and companies had to be supported while it was. However great the cost, the costs of not doing so would almost certainly have been worse.

Yes, as the optimists are also quick to point out, the federal government entered the crisis in relatively strong shape, with a debt-to-GDP ratio of just 30 per cent (the provinces are another matter). And no, the government doesn’t have to “pay off” this debt, the way a household might pay off a mortgage. Ottawa can go on rolling over its debts indefinitely.

But that is far from suggesting all is well. Complacency on the added debt has been fed by three arguments. One: It’s a one-off. The economy will bounce back sharply, and when it does, the deficit will melt away.

Two: This is just like the Second World War. Wartime deficits were even greater than today’s as a proportion of GDP. Yet, the budget quickly returned to balance once the war was over. Over the next 30 years, the debt-to-GDP ratio declined from more than 100 per cent to less than 20 per cent. If it happened then, it can happen again.

And three: Interest rates are at historic lows – less than 1 per cent across virtually the entire yield curve. So, even the very large amounts of debt the government is taking on are easily affordable.

It’s a comforting story. Alas, it is also largely untrue. The economy, first, is not going to bounce back – or not all the way. Reopening the economy will be tentative, haphazard and slow. Even after the official all-clear, workers and consumers will be reluctant to go back to their normal routines. And a second wave of infection (plus a third and fourth) might erase whatever progress we have made.

Second, this is not actually like the Second World War. Deficits then were wholly the product of wartime spending (annual revenues more than quintupled over the course of the war, on the strength of a booming economy). Today’s deficits are driven both by increased spending and by an unprecedented drop in revenue: nearly 17 per cent, the PBO projects. So even if spending could be cut as sharply now as it was then – and that is very much in doubt – there would still be the problem of making up all those lost revenues.

That was easy to do in the postwar era, when productivity was soaring, the labour force was expanding rapidly and the economy was growing at roughly 5 per cent a year, after inflation. Today, the economy is projected to grow at barely a third that pace – not just in the short term but, thanks to population aging, for years to come.

So, that first deficit of $300-billion, or 15 per cent of GDP, is likely to be followed by deficits in excess of 5 per cent of GDP – structural deficits, that is, driven by a persistent excess of spending over revenues, not the ups and downs of the business cycle.

Third, while interest rates may be low now, there’s no guarantee they will remain so. We are far more exposed to an increase in rates than people realize. One-fifth of the existing debt, as of last year’s budget, was in short-term treasury bills. Another fifth was in bonds of less than 10 years’ maturity. Perhaps this year’s deficit can be financed on the cheap, but as more debt is added in coming years, and old debt rolled over, interest costs could soar.

Why might rates rise? Supply and demand, for one. Not only the federal government, but every province – indeed every government in the world – is coming to market at the same time, and all of them in vast quantities.

For now, central banks are buying much of that debt. But when they pull back, governments may find it hard to sell all of it, at least at today’s prices.

If, in addition, central banks are too slow in selling the bonds they already have once the economy begins to revive – leaving too much money in the system to chase too few goods – we could see a surge in inflation. Bond buyers tend to mark up rates in response, to cover the loss of purchasing power.

Lastly, if credit markets were to grow alarmed at the deteriorating state of government balance sheets, they could tack on a default risk premium as well. At that point, the arithmetic starts to get very unpleasant.

Annual interest charges on the debt currently total $23.3-billion, an effective interest rate of 3.28 per cent. Were this rate gradually to return to more normal levels, say 5 per cent or 6 per cent, we could easily see debt service costs grow from 7 per cent of revenue today to 20 per cent or 25 per cent within four years. The debt-to-GDP ratio could be in excess of 60 per cent by then. With worse to come.

This isn’t 1945, then. It isn’t even 1995, the last time deficits and debt posed such a threat. Then, the debt-to-GDP ratio was even higher, at 66 per cent, while fully 37 cents of every tax dollar went to pay interest on the debt. But revenues actually exceeded spending on programs – the deficit was entirely made up of debt service charges. Today, the government is again running operating deficits.

Then, we were poised for a tremendous victory over the deficit, after many years of struggle. Now, it seems like we are just getting started.

Maybe that’s not worth panicking about, but I’ve a good mind to at least worry. 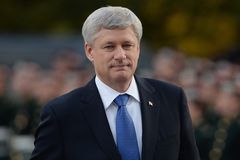 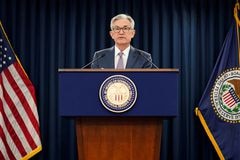 Opinion
Who put Canadian democracy in quarantine, and when will they let it out?
May 12, 2020 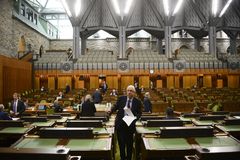