Every few years, the Royal Family will do something “modern.” The Queen might send a tweet, or Prince Charles will unveil a sustainable fashion collection called The Modern Artisan, with the goal of seeming just like us. Or more like us, anyway, so that anti-royalist sentiment doesn’t actually boil over.

But things don’t actually change very much inside those palace walls, as Oprah Winfrey’s explosive interview with Prince Harry and Meghan Markle demonstrated. The ancient world of ritual and emotional constipation met the modern world’s reckoning with mental health and racial justice, and the result was not pretty, but it was illuminating.

Ms. Markle told Ms. Winfrey that the pressures she was facing as a new royal in 2019, including from a hostile British press, had made her suicidal. “I just didn’t want to be alive anymore. And that was a very clear and real and frightening constant thought,” she said. Instead of trying to help her, the palace bureaucracy treated her distress with callousness: “I said that I’ve never felt this way before, and I need to go somewhere. And I was told that I couldn’t, that it wouldn’t be good for the institution.”

This is where the hypocrisy over modernization comes fully into view. In the past decade, the youngest royals have made mental health their signature cause. Prince William is a patron of the Heads Together mental-health charity in the U.K., and he’s advocated for more compassionate treatment in workplaces. In 2019, William made a documentary about mental health, opening up about his own anxieties and also interviewing Lady Gaga about her struggles with PTSD. In 2017, William and Prince Harry spoke openly about the legacy of pain they felt about the very public death of their mother, Princess Diana, in 1997. It was all very poignant and, it appears, about as shallow as a puddle.

The ghost of Diana hovered over Meghan and Harry’s interview. How could it not? Here was a young man who was forced to walk, at the age of 12, behind his mother’s casket as the world watched. Now he was seeing his wife suffer the same agonies that his mother had endured and having her calls for help be ignored in the same way. Diana had tried to tell the public about her struggles with bulimia, only to be rebuffed by the palace. She too had had suicidal thoughts and made attempts to take her own life. She too tried to modernize the Royal Family – to drag it out of the 19th century – and was hung out to dry for her efforts.

And Diana was a white aristocrat, one of them. How much worse was it for Ms. Markle, a biracial American actress? It doesn’t get much more outsider than that. (Let’s not forget that the Daily Mail welcomed her to the family with the headline, “(Almost) Straight Outta Compton.”) When Ms. Markle said that a Royal Family member had been concerned about the shade of her unborn baby’s skin, Ms. Winfrey’s face expressed the shock that viewers felt. But is it really so surprising that a family living in actual palaces, surrounded by art and treasure from its colonial past, cocooned by uniformed staff who curtsy and bow like it’s still the 18th century, might be just a little bit racist?

It could be argued that the public has been complicit in this sheltering in the past. The millions of tourists who visit Britain every year, and who tune in for royal weddings, want to see the pomp, the gilded carriages, the ceremonial swords. If the Queen lived in a terrace house and shopped at Tesco, interest in her family might drop precipitously. But The Firm, an insider’s reference to the Royal Family, has had decades to get the balance right, between pomp and progression, and it has failed at every jump.

Of course, Meghan and Harry could have been ambassadors to a new future, if the palace had been wise. They could have walked through the door that Diana opened. Instead, they’ve been cast out – or they’ve made a lucky escape, depending on your perspective. The Royal Family will once again be thrown back on its heels, forced to defend itself (through various anonymous sources) that it is indeed a modern, viable institution for the 21st century. Is that believable, though? To quote another ancient British institution, The Who, we won’t get fooled again. 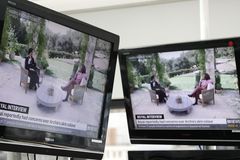 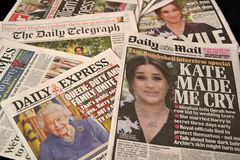 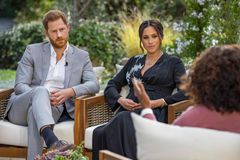