What was it that caused Prince Harry to finally crack and lash out at Britain’s cruel and vindictive tabloid media? Was it the accusation that his wife, the Duchess of Sussex, was “fuelling human-rights abuses, drought and murder” by eating avocados? Was it the claim that they were somehow betraying the Church of England by not revealing their baby son’s godparent? Was it the racism? The sexism?

As it turns out, even the most jovial prince has his limits when his loved ones are threatened. This week, Harry and Meghan, Duchess of Sussex announced that they’d be suing The Daily Mail for reprinting parts of a letter the Duchess had written to her estranged father. But that article was just the tip of a poisoned spear, one bitter barb in a year-long tabloid campaign to establish that the Duchess is profligate, haughty and self-aggrandizing. In short, an unwelcome outsider. If there were any doubts about where the biracial American actor fit into the calcified British class system, The Daily Mail was careful to provide a map when the couple began dating in 2016: “Harry’s girl is (almost) straight outta Compton.”

At that time, Prince Harry issued a plea to the media and public to lay off, denouncing the “racial undertones of comment pieces” and “the outright sexism and racism” of social-media comments. That did not work. A live broadcast of the couple’s engagement interview was accompanied by comments such as “jungle bunny” and “biracial commoner.” A neo-Nazi group posted a meme of Harry with a gun to his head, accompanied by the words “race traitor.” The BBC broadcast the image, and later apologized.

His wife was “vilified … almost daily for the past nine months,” Prince Harry said, part of a “long and disturbing pattern of behaviour by British tabloid media.” Who could blame him for reacting? As a child, he saw his mother hounded to death by the media. Now, as an adult, he sees the woman he introduced into the world’s fustiest institution, at the centre of a society made sclerotic by social division, subject to the same punishment. I’m no fan of the monarchy, but I was pumping my fist in the air.

Ms. Markle has not been quiet about her own experiences with racism. She has used her platform to advocate for a more diverse and just society. This, to put it politely, rankles people who do not think anything needs to change. When Ms. Markle guest-edited the September issue of Vogue UK and chose several women of colour as personal inspirations and put them on the cover, she was immediately criticized in the British media as a snotty and ungrateful outsider. She is, in the words of noxious exhaler Piers Morgan, a “woke princess.” Daily Mail columnist Sarah Vine was only too happy to explain who really belongs: “We Brits prefer true royalty to fashion royalty.”

It’s always a question of who belongs. More specifically, who belongs at the centre, wielding power and influence. Britain may want to think of itself as inclusive, as does Canada – but that’s only if being included means sitting far from power, silent and humble, grateful for leftover scraps.

If you dare try to climb the hill and take charge – well, then you need to be reminded of your place. The Canadian federal election campaign has, unexpectedly, turned out to be a mini-referendum on precisely these issues. Do you view Justin Trudeau’s repeated, enthusiastic embrace of blackface and brownface as youthful folly, or a symptom of a much deeper malaise that this country is unwilling to acknowledge? Are you going to believe the Ontario Conservative candidate’s literature spreading lies about refugees? Does the Bloc Québecois’ tweet in French about choosing candidates who are similar to you, because “tomorrow belongs to you” seem sensible, or does it provoke a desire to hide under the nearest history textbook?

“You should cut your turban off and you’ll look like a Canadian,” a man in Montreal told NDP Leader Jagmeet Singh. It was, of course, not the first time Mr. Singh has been insulted, and not even the first time in this election. At a campaign stop in rural Ontario, various voters expressed the same sentiment. Jonathan Richardson, a former NDP executive for Atlantic Canada, said that some party candidates defected to the Green Party because they believed Mr. Singh, the first person of colour to lead a federal political party, was unelectable (some of those candidates have challenged that account).

It comes down to who has the power to effect change – and how discomforting that feels to people who are just fine with the way things are, thanks very much. As Yolande James, former Quebec MNA, said recently on CBC’s Power and Politics, “We’re in a dynamic where the presence of people who are different in positions of power presents a threat to people. We have to be realistic about what’s happening and address that.”

Mr. Singh’s response to intolerance has always been tolerance, which is comforting for voters to watch but must be exhausting for him (anti-discrimination is also a formal part of the NDP’s platform, including banning carding). The people speaking up about racism are, inevitably, the ones who have to defuse the situation, and also feel the sting of a backlash. Call it the truth-tellers’ penalty.

You can bet that royal minders are all in a tizzy about Harry and Meghan’s decision to take on the tabloid media, which may not be the fearsome beast it once was but still has claws. Already Harry’s mental stability has been called into question, and the couples’ cushy lifestyle criticized. Expect, in short order, a variety of reports on Ms. Markle’s poor parenting, troubled family, fondness for unsustainable fruits and inability to measure up to her very English sister-in-law, the Duchess of Cambridge.

Readers will be left to infer that there’s just something wrong about her, and they won’t have to be members of Mensa to understand exactly what that is. 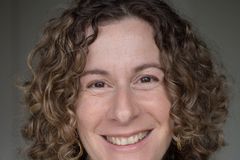 Opinion
Black Britons and belonging: Meghan Markle versus the Windrush generation
May 17, 2018 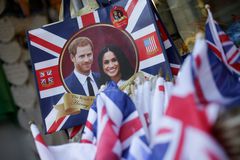 Opinion
The Meghan Markle paradox: Andrew Morton explores how a modern woman can fit the mould of an ancient tradition
May 17, 2018 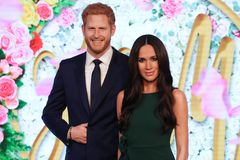