Martha Piper and Indira Samarasekera were the first women to be appointed presidents of the University of British Columbia and the University of Alberta respectively. They have co-authored Nerve: Lessons on leadership from two women who went first, to be published in September.

Universities are not known as being innovative institutions that are open to change. For much of their history they were led at every level by men, which created a culture that benefitted those in power. New members who are different are not always welcomed or supported.

Our early academic careers, over 40 years ago, were fraught with many of the challenges and disappointments outlined in the article published in Saturday’s Globe and Mail about the many hurdles women face trying to climb the ranks of academia. They included rejected research grants, difficulties in securing tenure and promotion, disrespect for certain aspects of our scholarship and clear male bias against women peers – all of which unfortunately still exist today. The reported statistics are depressing and don’t lie, leading us to despair that so little progress has been made over the past several decades.

As we reflected upon our own experience, we have come to recognize that our success was the result of not what we did, but rather what others did for us.

What do we mean by this? As with other women academics, we worked hard, putting in hours of effort to advance our teaching and research initiatives. In fact, we probably worked too hard. But hard work on its own is not enough. What we now know is that we clearly benefited from the actions of others who believed in us, stood up for us, advocated for us – and, most importantly, took a chance on us. Who were these people? They were our “sponsors.”

The concept of a sponsor has not been as widely understood or studied as the notion of a mentor. However, a sponsor can have an enormous influence on one’s career trajectory, often more than a mentor. Sylvia Ann Hewlett’s book Forget a Mentor, Find a Sponsor explains the difference in detail.

Mentors are people who take an interest in you, who listen to your issues and offer advice and guidance. A sponsor, on the other hand, is a senior person who believes in your potential and is willing to take a chance on you. Sponsors advocate for and promote individuals they presume to be winners and suggest them for appointments, career advancements and leadership roles. Often the person they advocate for has no idea and only becomes aware of the role their sponsor played after the fact.

As we look back on our respective career paths, we can now see our sponsors were numerous. They involved PhD supervisors, people to whom we reported, members of our communities, directors on corporate boards and peers. They took chances on us – sticking out their own necks by recommending us to others, when in most every case, we did not have the traditional qualifications or backgrounds required for the appointment or promotion. In doing so, they also helped challenge some of the systemic biases that might have impeded us.

We now understand that we would never have been able to buck the system just by working hard or excelling. While those two attributes are critical to attracting sponsors, they are not enough by themselves. Had we tried to do it alone, we would have faltered. Our successes throughout our careers, whether in the university or at the corporate board table, have been dependent on being sponsored by others.

We are not certain how we attracted our sponsors. Perhaps we were just lucky or were in situations where the better angels of our community were present and willing to take a chance on us. We are forever grateful to the many individuals who believed in us, made others aware of our abilities by speaking on our behalf and who acknowledged certain attributes in us that were not commonly accepted as those of people in positions of responsibility.

One thing we are certain about is that regardless of the strides we have made through equity offices, fair employment policies and the establishment of quotas, women need to become actively involved in sponsoring other women. Yes, we have been assiduous about developing networks of mentors, but mentors are not enough to fill the power gap. Women need sponsors.

And women, like men who have gone before them and who are experts at sponsorship, need to recognize both the power of sponsorship and the importance of building large and effective networks of people who will risk their own reputations to break down barriers. By taking a chance on women, we all will succeed.

Opinion
The two pandemics of anti-Black racism and COVID-19 are tied together
May 25, 2021 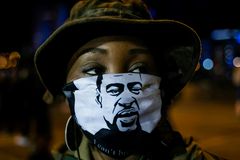 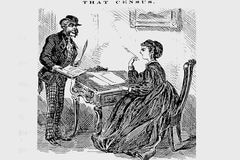 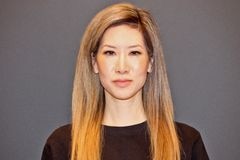