The Arabic word “imam” literally means “leader,” or the one who precedes. In North America, the role of an imam is best summed up by Ottawa’s Imam Sikander Hashmi: “Imams, who are usually hired by mosque boards, are often overworked and underpaid. They are expected to preach, lead daily prayers, teach children, conduct outreach, do interfaith work, handle media requests, engage youth and offer religious guidance. In short, it’s a tough job.”

There are local, regional and national councils of imams – designed to bridge cultural, linguistic and juridical divides among imams of diverse Muslim communities. The vast majority of imams fulfill their roles with integrity, humility and a sincere commitment to serve their communities. They fully deserve the respect accorded to them.

However, there have been disturbing exceptions. Given the lack of accountability mechanisms in place and the reverential attitude toward religious authority by congregants, it is not surprising that abuses can occur.

Take, for example, the solemnization of marriage. An Islamic marriage, sanctioned by an imam, must also be registered with civil authorities, thereby providing both spouses with basic legal rights. Yet, a number of imams knowingly decline civil registration – to the detriment of women.

In May, 2018, a Quebec imam signed off on an Islamic marriage contract of a 15-year-old girl. His actions were sharply criticized by Justice Bruno Langelier, who granted the teen’s request to be removed from her home.

In January, 2019, The Fifth Estate investigated the prevalence of polygamy in Toronto’s Muslim community. Imam Aly Hindy, of Salaheddin Islamic Centre, was caught on a hidden camera, offering to solemnize a second marriage of an undercover reporter – without the knowledge of the first wife. When confronted, he brazenly declared: “sue me” – confident that his actions were legal. However, the performance of any type of second marriage clearly contravenes the Criminal Code. Why is he still registered, by the Ontario government, as a religious official authorized to perform marriages? In fact, common knowledge is that every major Canadian city has a “go-to” imam who will solemnize a second, third or fourth marriage – no questions asked.

The same Fifth Estate investigation unearthed court records that revealed a prominent Toronto imam who physically assaulted his wife, sending her to hospital, after she confronted him on his secret, second marriage.

Within the past five years, there have been three Canadian imams charged with sexual assault. In British Columbia, Imam Saadeldin Bahr was sentenced to 3½ years for sexually assaulting a female congregant who sought spiritual advice. He was also placed on the Sex Offender Registry for 20 years. In Ontario, Imam Mohammad Masroor was charged with multiple sexual offences that occurred between 2008 and 2011. He was acquitted on all counts after standing trial in 2013. A day after his acquittal, he was extradited to the United States where he was sentenced between 35 to 50 years for sexually abusing his nieces between 2000 and 2003. In June, Toronto Imam Syed Zaidi was charged with sexually assaulting two female congregants. He is awaiting trial.

Muslim communities face an unenviable challenge of holding their religious leadership to account, without having guidance on how to proceed. However, a number of efforts are under way to address spiritual abuse.

Two Muslim lawyers have devised a “Code Of Conduct For Islamic Leadership” for individuals and Muslim organizations, based on nine years of working with victims of spiritual abuse, consultation with lawyers, cult experts, religious scholars and mental-health professionals.

Facing Abuse in Community Environments (FACE) has created a framework to address the leadership accountability gap. They provide tools and resources to report abusive leaders and help protect the community from their continued abuse.

Finally, the Hurma Project – a Canadian initiative – seeks to examine the personal and communal effects of abusive practices, along with practical solutions.

Muslims are painfully realizing that among their leaders, clergy, teachers and religious scholars are individuals who abuse their positions of power and violate their ethical responsibilities.

Too often, justice for victims is sacrificed in the name of keeping the reputation of an institution or an individual intact. Too often, imams have been quietly dismissed, without any meaningful accountability or reporting to authorities. Why is the onus placed on victims? They are either blamed or told to be patient, to pray, to forgive. Let us accord them a modicum of dignity by standing up for justice on their behalf.

Opinion
Memories of Iron Mike: Abuse by NHL coaches isn’t new, and it comes in many forms
Subscriber content
November 29, 2019

Opinion
I won’t forget Father Hod Marshall and his reign of terror
November 26, 2019 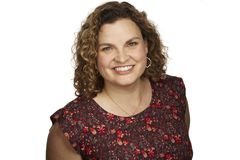 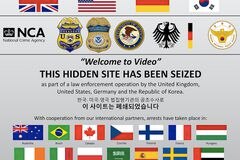