Hamida Ghafour is project curator of the WorldSkills Museum.

One sticky weekend while Toronto wilted under a heat wave, I took a reluctant trip down memory lane and cleared out old boxes from my parents’ basement that hadn’t been touched since I graduated from high school, more than 20 years ago.

My parents were doing a summer clear out and wanted the haphazard stacks of cardboard boxes of my stuff gone.

I was reluctant because I spend most of my time rummaging through the contents of other people’s shelves and belongings to gather objects and personal stories for a museum exhibition in Shanghai. The WorldSkills Museum, due to open in 2021, will tell a global story of trades and skilled workers across the world, and encourage young people to consider vocational alternatives to a university education.

The men and women I meet in North America, Latin America, Europe and Asia are the unsung heroes (an old-fashioned term might be blue-collar workers) who build and run our world, from the traditional – carpenters and welders – to the cutting edge – mobile robot engineers and network cabling technicians.

They come from different backgrounds but all share a sense of pride in their work, which shines through the ephemera they’ve kept over the decades – medals, diaries, stamps, carving tools, faded photographs – from the WorldSkills competitions that have taken place every two years around the world since 1950. The events are a bit like the Olympics of skills and trades for young people under 25.

For many, the competitions have been life-changing because they’ve led to meaningful careers.

The boxes languishing in my parents’ basement reminded me of that. In one I found a stack of black and white photographs portraying fields of white flowers and a broken wagon wheel. And two long-forgotten medals.

As I held the cool metal discs in my hands the memories came flooding back. In high school, I won the silver medal in the Durham regional skills competition in commercial photography and after that, the bronze medal in the 1996 provincial competition in the same category.

My high-school teacher’s kindly face came into my memory’s focus, encouraging me to take part and lending me a Pentax SLR and some rolls of Kodak film (this was the predigital age).

They were nerve-racking days, being surrounded by hundreds of equally anxious teenagers. There was the acrid smell of the chemical bath and the red-tinged light of the dark room. Then elation as I walked to the podium to receive the medals.

I didn’t make it to the international WorldSkills competition. But that didn’t matter. As an immigrant and a young woman, the local competitions gave me the confidence to pursue my dreams in what was a male-dominated profession, journalism.

I can imagine the excitement and jitters felt by the more than 1,300 young people from around the world – including 32 young Canadians – heading to Kazan, Russia, for the four-day WorldSkills competition which begins August 22. They will participate in tests of skills in areas representing six sectors, from manufacturing and engineering technology to creative arts and fashion.

Many may be surprised at the innovative nature of the skills on display. But it is critical that skills be recognized and valued in our current uncertain economic climate.

Automation will increasingly disrupt the economy, young people will face many economic challenges in the years ahead. The robot revolution will displace many workers. How will they remain productive, tax-paying members of society?

The skills gap – that chasm between what employers need and what is available in the work force – is another challenge that needs to be addressed.

A Canadian Chamber of Commerce report last year stated that about 43 per cent of occupations had a “high probability of computerization” and that the skills required to do the jobs of the future will change as technology changes.

At the same time, while 40 per cent of Canadians graduate university with no debt, the others face an average of more than $26,000 in debt.

Young people urgently need to be educated and trained for the economy of the future.

Part of that is rethinking what trades and skills mean, and how we value them. On a research trip to Brazil earlier this year, I met a group of young apprentices at a popular vocational college in Sao Paulo. They proudly showed me an electric concept car they built from scratch. The car emitted no pollution. The body could be made from recycled plastic and a solar cell on the roof helped power the engine. There were 11 skills involved in the car’s development, from automobile technology to information technology.

“We have to collaborate and work together to solve the problems of the future,” one of the students told me.

Trades. Apprenticeships. Vocations. These terms are redolent of oil-stained factory floors and dangerous machinery but they are also pretty outdated notions of what skills mean in the 21st century.

One could say these old perceptions belong in a museum.

Editor’s note: (Aug. 19, 2019) An earlier version of this article incorrectly said the average Canadian university student finishes with more than $26,000 in debt. In fact, that is the average for those graduating with debt.

Opinion
Labour’s future in developed world not as bleak as imagined Subscriber content
May 24, 2019 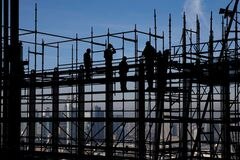 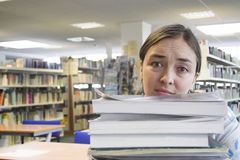