Justin Trudeau may face a surprisingly tough election fight this year. His worst problem is not the winsome dimples of Andrew Scheer (a man few of us would recognize if we bumped into him). His problem is that after three years of exposure, the charm has worn thin. He is often glib. He strikes a lot of voters as fatuous and superficial. He’s smart enough, but it’s a mean old world out there and people understandably wonder if he’s up to the challenges that Canada is facing. He can’t make tough choices. Instead, he tells us we can have it all – pipelines along with carbon taxes, and substantial deficits which he swears are being spent on good investments. Not everyone is buying it.

The disenchantment with Mr. Trudeau has driven his party’s popularity down to about 36 per cent in the polls – only two points ahead of the Conservatives, as noted by UBC professor Richard Johnston.Mr. Trudeau’s own approval rating is lower than U.S. President Donald Trump’s. A new Nik Nanos poll says that 35 per cent of Canadians approve of the Trudeau government’s performance – about the same percentage who approved of Stephen Harper’s performance in 2014.

My hunch is that Mr. Trudeau will win. But he does have weak spots. Here are the biggest ones.

Alone in the world. Canada may never have been so isolated as we are today, former diplomat Lawrence Herman argued in the Globe. Mr. Trudeau’s initial foreign-policy goal was to declare to the world that Canada was back and punching above its weight again. Instead, we’re the ones taking the beating. Our Saudi Arabia relations, for example, were fractured by a Chrystia Freeland tweet. We are now also on the outs with Russia, China and India, and even our relationship with the United States is troubled.

And most recently, in what appears to be retaliation for our arrest of Huawei executive Meng Wanzhou , the Chinese are planning a retrial for convicted Canadian drug smuggler Robert Lloyd Schellenberg. One possible penalty: execution. It’s a brutal world out there. And with so many of our foreign relationships in tatters, Mr. Trudeau is going to have to find a better way forward than lecturing about his favourite subject – gender.

Fractured at home. Western alienation is nothing new, but this time it’s serious. According to an Ipsos poll, only 18 per cent of Albertans believe that “the views of Western Canada are adequately represented in Ottawa,” and many are upset because Quebec gets billions in equalization payments and they don’t. Many of their grievances are legitimate. Mr. Trudeau promised Albertans a “social licence” to build pipelines, in exchange for carbon taxes. Trouble is, they got the taxes but not the pipelines.

The Liberals often seem as if they are doing everything they can to block more resource development. Under the notorious new Bill C-69, for example, project proponents must now take into account “the intersection of sex and gender with other identity factors.” (What that has to do with pumping oil is a total mystery.) And if the Trans Mountainextension doesn’t have shovels in the ground by election day, Mr. Trudeau will simply have proved, once again, that he can’t get stuff done. Alberta’s United Conservative Party leader Jason Kenney will ride this anger right into the premier’s office this spring, and will be a mighty thorn in Mr. Trudeau’s side.

That pesky carbon tax. Mr. Trudeau is heading for the worst of all worlds – a carbon tax that’s too low to change behaviour, but high enough to irritate people . Most people think we should do our bit to stop climate change, but many of them also wonder what difference Canada can make in the big scheme of things. (Answer: None.) Mr. Scheer will warn that the Liberals will just keep raising the tax higher. Meantime, the sanctimonious preaching of Environment Minister Catherine McKenna has become seriously annoying.

Debts and deficits. Canadians don’t mind government deficits when times are tough. But in good times like these, most of us want our budgets balanced. Instead, Mr. Trudeau ran a $19-billion deficit last year, with no commitment to a balanced budget any time in the future. Few people are thanking him for that.

Our porous borders. Potentially explosive. Unless we find better ways of managing our borders, our current backlog of 64,000 refugee claimants will grow even larger. Most claimants won’t be accepted, but all have the right to a hearing, meaning that the process can stretch out for years. As a result, the removals process is severely underfunded. If Canadians begin to believe our borders are out of control, Mr. Trudeau will pay heavily.

The Justin factor. Mr. Trudeau’s biggest asset is also his biggest drawback – his celebrity, his charm and his (now not so youthful) vitality. We like having someone on the cover of Rolling Stone. But in this increasingly unstable world, what people really want is someone whose skills are more than just performative. Is he up to it? That will be the ballot question. 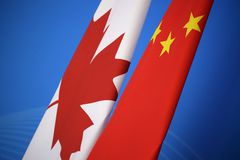 Opinion
On foreign policy, Canada is back – up against a wall, that is
December 31, 2018 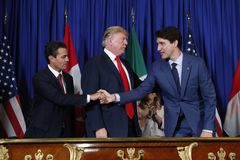 Opinion
The Great Awokening: How far will the cult of social justice go?
December 28, 2018 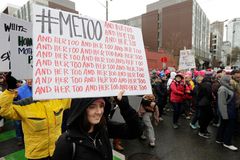