Michael Coren is an author and ordained in the Anglican Church of Canada.

Children’s author Roald Dahl is in the news again, even though he died in 1990. Not because his books are constantly being made into movies and their rights still earn tens of millions of dollars, but because after decades of silence on the subject, the man’s family has apologized for his appalling anti-Semitism. The contrition is somewhat buried on the author’s website but it’s there. “The Dahl family and the Roald Dahl Story Company deeply apologize for the lasting and understandable hurt caused by some of Roald Dahl’s statements. Those prejudiced remarks are incomprehensible to us and stand in marked contrast to the man we knew and to the values at the heart of Roald Dahl’s stories, which have positively impacted young people for generations.”

The comments made by the author of Charlie and the Chocolate Factory, Matilda, The BFG and so many others were from an interview with Britain’s New Statesman magazine back in 1983. In it he said: “There is a trait in the Jewish character that does provoke animosity, maybe it’s a kind of lack of generosity towards non-Jews. I mean, there’s always a reason why anti-anything crops up anywhere.” And then, “Even a stinker like Hitler didn’t just pick on them for no reason.”

The interviewer was me.

I’d just turned 24, was recently out of journalism school, and working at one of the most important and influential magazines in Britain. I was overwhelmed as it was, and it was made far worse when I was asked by the editor to interview such a famous and respected man. The reason was that he’d just written a review of a book called God Cried, about Israel and Lebanon, in which his criticisms of Israel seemed to go far beyond geopolitics or state policy. He spoke of “a race of people,” meaning the Jews, who had “switched so rapidly from victims to barbarous murderers,” and that the United States was “so utterly dominated by the great Jewish financial institutions” that “they dare not defy” Israel.

I assumed that he would now clarify or explain, but instead he calmly and rather chillingly broadened his attack. He spoke of his time in the military during the Second World War and, implying cowardice, said that he and his friends didn’t see any Jewish soldiers or airmen, which is a grotesque distortion of the truth. I mentioned some of the Jewish war heroes from all of the Allied armies, and the large number of Jewish fighters, often numerically overrepresented. Nothing.

I then said that my father’s family had won medals fighting in the British Army, and a more distant relative with the Soviets, and that they were Jewish. He certainly heard me, and registered the fact, but his tone remained the same. At one point I said that I considered his comments bizarre and repugnant, especially those about Jewish people having a “lack of generosity” toward non-Jews. I said I’d never witnessed this, for example, from my Jewish father to my non-Jewish mother. I’m not entirely sure what I expected – perhaps an apology, even just for him to stop. But he paused briefly, made some sort of coughing noise, and then continued with his diatribe, with comments about “them,” “they,” “sticking together” and so on.

This was an era when what is today often blithely dismissed as political correctness – but is, at its best, courtesy, awareness and sensitivity – was in its infant stages. Even so, the comments were profoundly jarring. I recall it all so well 37 years later because it left such an impression. I’d occasionally encountered anti-Semitism, but that was from the unread and the unimpressive. Here it was from a deeply intelligent man who was elegant and persuasive. At the end of the interview he thanked me and said a polite goodbye, still in the same careful and even manner. I think I felt slightly sick.

The interview appeared, and in those pre-social-media days made far less of an impact than it would have today. There was anger of course, and plenty of support, but indifference, too. Even the now more common shrug of “get over it.” Sympathy for Jewish people is, alas, not always noticeably forthcoming among certain allegedly enlightened people, and sometimes that fact is exposed in all of its ghastly clumsiness.

I did wonder whether Mr. Dahl was ill, or in the early stages of some sort of emotional or mental disorder. But he subsequently refused to withdraw anything he had said even though given many opportunities. Then, seven years later, he gave another interview, not to me, in which he said, “I’m certainly anti-Israeli, and I’ve become anti-Semitic. … It’s the same old thing: We all know about Jews and the rest of it. There aren’t any non-Jewish publishers anywhere, they control the media – jolly clever thing to do – that’s why the president of the United States has to sell all this stuff to Israel.” If it was an illness, it was of the darkly political and ideological kind.

It’s taken a long time for this apology to be made and it only became front-page news when spotted by a journalist at Britain’s Sunday Times. In other words, it was hardly promoted as a means to start a conversation about anti-Semitism. Mr. Dahl will still be read, as is only right. His books will still be turned into movies, which is fine if they’re any good. And the oldest prejudice will, tragically, continue to infect those who know no better and also, God knows how, those who really should.

Opinion
The U.S. presidential election is blurring the lines between saints and sinners
August 13, 2020 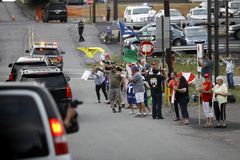 Opinion
The Hagia Sophia is now a mosque – and a victim of Turkey’s profane politics
July 14, 2020 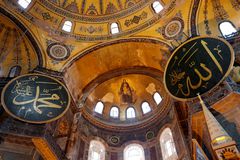 Opinion
Christianity is complicit in slavery. But its spirit still offers a path forward
July 6, 2020 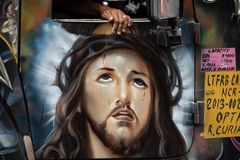