Daniel Kalla is the author of 11 novels – including his newest, The Last High – and the head of the emergency medicine department at St. Paul’s Hospital in downtown Vancouver.

I’ve never felt as though I have had, or do have, a choice between being a writer and a doctor. Storytelling has been a part of me since before I can remember, and as a third-generation physician, I was born into the medical profession; if we wore name tags at my family reunions, they would almost all have begun with “Dr.” One feeds into the other, which makes sense, given they are the two parts that form the whole of my career – a medical practitioner who writes speculative fiction about looming infectious disease threats and other potential health-care crises.

It’s gifted me with a unique perspective. For starters, I have long understood that the world was overdue for a catastrophic pandemic.

Yet it still stuns me that one has blown across the planet and landed on our doorstep. ​In a surreal way, I feel as though I have stepped into the early chapters of one of my novels.

Fear is a devastating symptom, and fear of the unknown is among the most devastating types – and it’s what we’re collectively experiencing through this COVID-19 pandemic. There is so much we don’t know: how many will be infected, how many of us will die, when or where this may end.

It’s rich material for a medical thriller, since the animating suspense is drawn from that same sense of the unknown metastasizing as rapidly as the outbreak itself. We writers of the genre strive to capture the palpable vulnerability and helplessness endured by the victims, the families and especially the professionals tasked with containing the crisis – but from the safety of the page.

Now, that protective wall has crumbled. In the emergency department at St. Paul’s Hospital in Vancouver, I’m getting an unsolicited front-row view of the havoc this virus is wreaking, and I’m forced to ask the same fearful questions that are surely taking space in everyone’s minds: Will my family be okay? Will the health-care system collapse? Will the economy recover? Will I ever again enjoy the simple pleasure of, say, watching a hockey game?

The havoc isn’t just striking the victims – it’s laying low the health-care system itself. And it’s not pretty: Patients are suffering, staff are being run ragged and the reports of scarce medical supplies and resources are so dire they feel ripped from the pages of a medical drama. (Could anyone have imagined only a few weeks ago that a renowned institution such as the Massachusetts General Hospital might run out of something as basic as surgical masks?)

I worry for the sick and the vulnerable who will be disproportionately affected by COVID-19, and for the non-infected patients who will be unfortunate collateral damage. I worry for my colleagues and friends who cover the front lines in this fight, who are exposing themselves to so much risk. That worry is far too real.

But there are other ways in which my life imitates, or at least is bolstered by, art at the moment – ways for which I am grateful. In my fiction, I’ve often conjured up acts of bravery and altruism – granted, sometimes reluctant or even begrudging in nature – in the face of a pandemic. Now, I bear witness to them on a daily basis, and not just in the news. It’s happening in places such as Italy, where these efforts are nothing short of miraculous, but also at my own hospital. Nurses, doctors, phlebotomists, porters and cleaners are all stepping up, wanting to help, willing to run into the burning building instead of away from it.

To research my last novel, We All Fall Down – in which the Black Death recurs in modern-day Italy – I learned about the levels of unspeakable suffering that the great plague caused in Europe between 1347 to 1350. But it wasn’t just a deadly tragedy of epic proportions – there were also sociological effects. The turmoil and fear led to monumental acts of cruelty and scapegoating: Thousands of Jews, for instance, were burned at the stake.

But even then, there were equal examples of enormous selflessness and grace. People walked into the arms of near-certain death to comfort and help loved ones, friends and even strangers. Doctors still tended the afflicted, lawyers still wrote wills and priests still offered last rites, often, ultimately, at the expense of their own lives. The Black Death also ended the dark age of feudalism, ushering in the enlightenment of the Renaissance.

In another one of my novels, Pandemic, I envisioned a scenario in which a modern-day Spanish flu is weaponized by terrorists. Tens of millions died between 1918 and 1920 of that influenza pandemic. Much of what we know about the ubiquitous terms that are rapidly forming our new vocabulary – social distancing, quarantines and flattening the curve – originated or were honed through the hard lessons of a century ago. It scares me to recognize the similarities between that pandemic and ours. But COVID-19 will not be another Spanish flu. Medicine and public health have evolved too much to permit such a cataclysmic outcome.

And hope can be found in one of fiction’s tropes: There is usually an answer. After several missteps, false starts and red herrings, the heroes always do find, or at least stumble onto, a solution. I’ve seen science do the same in real life. I vividly remember living in the cruel shadow of AIDS and the sense of helplessness I felt as a doctor with so little to offer the sufferers – and then marvelling at how, despite a lack of vaccine, HIV was tamed. Science will beat the novel coronavirus, too.

And once it does, we should put our collective imaginations to other health and social crises plaguing our society: homelessness, poverty, social isolation and the opioid epidemic in particular, which has killed so many young Canadians. The strategy we formulate around these health crises should be similar to our approach to this pandemic: putting systems, funding and compassion behind them as diligently and swiftly as we are doing now.

The COVID-19 pandemic will end. One way or another – through vaccination, herd immunity or, hopefully, an effective treatment – it will pass. What I can’t do is skip to the final chapter and tell you how long it will last, what cost it will exact or how happy the ending will be. But having explored, in my research and my mind, the many avenues that an outbreak like this can take, I feel bolstered by a sense of understanding and preparedness. And I carry the strength of my imagination – and the hope it engenders – with me to the front lines of the fight against this pandemic. 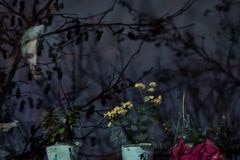 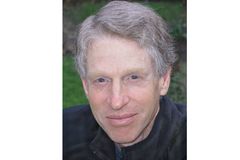