These days, it’s hard to escape the growing scientific evidence linking our outcomes in life to the genes we inherit. It seems everything from how well your kids do in school to whether or not they will develop mental illness in adulthood is determined, in varying proportions, by their DNA.

For almost every human condition out there, there are studies tying it to one’s genes. This makes it easy to think that the science is moving in one direction, or that pretty soon we’ll be able to predetermine with a high level of probability what life holds in store for all of us based entirely on our genes. That no amount of math tutoring can alter junior’s fate.

Yet there is still much we don’t know about how our genes interact with our environment or what other factors come to bear in determining our destinies. Indeed, instead of narrowing the possibilities, each new shred of science only seems to open the door to more of them.

We’ll likely never solve the nature versus nurture quandary for the simple reason there is no one answer, but rather as many different ones as there are humans on this Earth. The role our genes play in defining us may be as idiosyncratic as our taste in wine or music.

This, anyway, is what I came away thinking after seeing the documentary sensation of the summer. Three Identical Strangers recounts the story of triplets separated at birth and adopted into Jewish-American families of differing socio-economic status, who are reunited at age 19. Together, they begin a journey of discovery that is as revealing as it is unsettling.

Director Tim Wardle has said that, when he began working on his documentary, he believed that “nurture” was far more important than “nature” in shaping one’s identity. By the time shooting had wrapped up, however, he came to appreciate the oversized role that our genes play in the trajectory our lives follow. Yet, I came away from the film with the opposite impression.

Indeed – spoiler alert – the male triplets of Three Identical Strangers all developed strikingly similar personalities in adulthood. All spent stints in psychiatric hospitals as teenagers. And although the documentary seems to present this as evidence of nature overpowering nurture, we learn next to nothing about the boys’ birth mother and nothing at all about their biological father.

We learn a great deal more, though still not enough, about their adoptive family environments. Indeed, the film spends more time milking outrage toward the Louise Wise adoption agency and the New York-based Jewish Board of Family and Children’s Services than attempting to shed light on why one of the boys met a dramatically different fate than his brothers.

Of course, the principal subjects of the film had plenty to be outraged about. They were deliberately separated at birth as part of an experiment by the Jewish Board-affiliated Child Development Center aimed at elucidating the nature versus nurture question. The results of the experiment led by the late Freudian psychiatrist Peter Neubauer were never published and his files are sealed until 2066. One of the brothers fumes that the boys were treated like “lab rats.”

Mr. Wardle seems to home in on the strict and non-nurturing parenting of one adoptive father in particular to account for the tragic fate that befalls one of the boys. And while I’m sympathetic to the director’s point of view, it seems neither very scientific nor responsible to jump to this conclusion. It is almost impossible to know why someone ultimately decides to take his own life.

Perhaps he never recovered from the separation anxiety he experienced when he and his infant brothers were torn apart in the first place. We know nothing about what kind of psychiatric treatment he received as an adolescent compared with his brothers, what other traumas he might have experienced growing up or how they impacted his owns feelings of self-worth.

Still, you should come away from Three Identical Strangers wanting to hug your children. Not in a clingy, overprotective way, of course, but in a non-scientific, unconditionally loving sort of way. Our genes may matter. But how human beings perform in life depends at least as much on how they feel in their own skin. And our parents and caregivers are hugely important in this regard.

After all, the nurture part of the equation is the only one within our control. 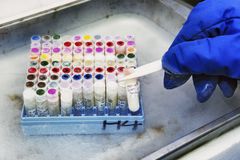 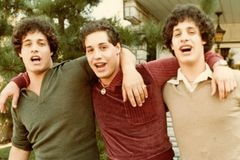 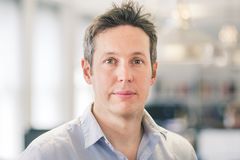