As Alexey Navalny lies in an induced coma in a Berlin hospital, the Russian opposition leader’s nerve-agent poisoning raises grim questions about Vladimir Putin’s hold on power and the President’s next moves in an increasingly desperate Russia.

In the decade since Mr. Navalny, now 44, burst into prominence as a leader of the mass protests of 2011 – the first time Mr. Putin faced a serious democratic challenge – he has faced almost continuous threats and acts of violence, many traceable to political forces close to Mr. Putin.

Since Mr. Navalny began investigating corruption in Mr. Putin’s regime in 2010, he has been beaten multiple times; attacked with chemicals on more than one occasion, including one that partially blinded him; imprisoned for 20 to 30 days several times; arrested and detained on a regular basis; raided and burgled repeatedly; barred from forming a political party; and banned from running for president in 2018.

When he fell gravely ill after drinking tea last week, he was on his way home from Siberia, where he had been trying to organize anti-Putin political movements around a single candidate ahead of September’s regional elections.

The last time a prominent opposition figure made headlines attempting to organize opposition forces into a bloc, he was promptly assassinated; Boris Nemtsov was shot on a Moscow street in 2015. Other figures who have acted against Mr. Putin during the past 15 years have been killed or debilitated with nerve agents, often deposited in cups of tea.

In many of those cases – most recently the 2018 poisoning of former Russian spy Sergei Skripal and his daughter Yulia in Britain – the clumsy assassination attempts have been credibly traced to security services under the command of Mr. Putin.

Still, the timing and circumstances of the attack on Mr. Navalny have left some Russians wondering what might be motivating Mr. Putin – and even whether he had any involvement in the act.

Seven weeks after Mr. Putin had the Russian constitution altered to eliminate any limits to his term in office, the President seems far from secure as the leader of a country buffeted by economic, virological and geopolitical forces beyond his control. This has led some to speculate that he may not have been aware of the plans for the hit on Mr. Navalny.

“It’s natural to assume Putin had Navalny poisoned, but the scarier and equally plausible option is he can’t really control when and how people with a lot of enemies get poisoned,” Seva Gunitsky, a professor of politics at the University of Toronto, said last week. “As with the Skripals, the one thing worse than Putin ordering a hit is Putin having no control of his security services.”

Mr. Putin’s grip on power, and his popularity among large segments of the Russian public, are to a large extent premised on his ability to deploy Russia’s considerable petroleum wealth. This year’s collapse in world oil prices has had a devastating effect on Russia’s fiscal – and thus political – security.

On top of this, the pandemic has been disastrous for Russia, which is now one of the hardest-hit countries and appears unable to keep the virus under control, despite harsh measures. This has further ravaged Russian livelihoods and economic fortunes and has amplified the sense that Mr. Putin is not fully in control.

As Mr. Navalny was headed to Siberia, huge post-election riots were overtaking Belarus, the Russian-speaking country to the west whose authoritarian leader, Alexander Lukashenko, appears to have manipulated the vote and forced the main opposition leader to flee into exile. If Mr. Lukashenko is ousted after 26 years in office by a mass uprising, it will likely empower and lend credibility to Russians seeking an end to Mr. Putin’s 18-year rule.

In short, Vladimir Putin appears desperate. If he did indeed order the poisoning of Mr. Navalny, then the timing suggests he has fully abandoned the appearance of democracy and is lashing out in a panicked power grab. If he didn’t, then it suggests the Russian President’s iron-fisted control over his country’s forces is fraying, along with so much in Russia today. Either way, Mr. Navalny’s collapse suggests something is very wrong in Mr. Putin’s world. 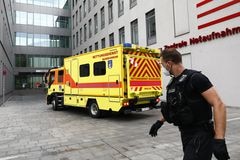 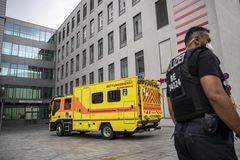