Erna Paris is the author of several books including Long Shadows: Truth, Lies and History and From Tolerance to Tyranny: A Cautionary Tale from Fifteenth-Century Spain

Last week, a Hamburg state court found Bruno Dey, 93, a former SS tower guard at the Stutthof concentration camp, guilty of complicity in 5,232 counts of murder: the exact number of human beings destroyed during his tenure there in 1944-45.

Because Mr. Dey was a boy of 17 when he took up his duties, he was tried in a juvenile court (where the sight of an elderly man in a wheelchair must have startled the staff). The prosecution sought a three-year prison sentence; the defence called for an acquittal on grounds that such a young person would have been incapable of standing up to his elders in the name of conscientious refusal. The judge, for her part, decided on a suspended sentence of two years. A symbolic punishment.

In the aftermath, the usual questions were raised. Why bother trying someone for a crime committed so long ago, even if the law allows it? Why prosecute a man of 93 whose life was drawing to a natural close? What choice did he have? He had made a public apology at the close of his trial. Shouldn’t that be enough? Finally, might a merely symbolic verdict actually diminish the appalling nature of his offence?

These important questions are asked at each trial of an elderly Nazi. How do we weigh accountability against our concern for contrite, often ill, old men?

In my view, the rights of the surviving victims and their descendants to see justice done are indisputably more pressing than the sentimental desire to forgive an elderly perpetrator. In the case of Bruno Dey, the individual circumstances were taken into account. For example, the judge may have considered his apology and age when pondering her judgment, but far from diminishing the horror of the crimes, her choice of a symbolic sentence effectively enhanced their importance by emphasizing that, even without jail time, the old must remain accountable.

As for having no choice, the historian Stefan Hoerdler testified that thousands of SS guards were granted transfers from camps to field service. Yet Mr. Dey chose to stay.

Beyond the lawyerly details of his trial, there was something peculiarly disturbing about Mr. Dey that resonates today. Although his watch tower was adjacent to the gas chamber – he admitted hearing the screams of the dying and seeing their bodies carted to the crematorium – he was a “passive spectator,” according to the judge, a person who experienced his job as “monotonous work.” It is one thing to rehearse the now-discredited argument that German gentiles had no idea what was happening to their Jewish neighbours, even when the former lived in apartment blocks that overlooked houses where victims were collected before being transferred to concentrations camps (a particular configuration I witnessed decades later while doing research in Berlin); but quite another to work without apparent interest in an environment where people being murdered scream under your nose. Mr. Dey, it seems, was not a convinced Nazi; he was simply indifferent. Remarkably, he claimed at the end of his trial not to have fully taken in what was happening in the camp. Listening to the survivors describe their desperate experience had opened his eyes, he explained. Now, he was truly sorry.

What’s disturbing about this incurious man is how successfully he normalized his unspeakable workplace. Astonishingly, he had lived out his life in postwar Germany, where the Holocaust has been at the heart of public discourse, and seemed to have maintained a willful blindness.

The Dey verdict sends an urgent message that we need to remember not just what happened, but how it happened, for we are at a tipping point historically. According to the German scholar Aleida Assmann, the collective memory of major events is about 70 to 80 years. That’s where we are now with regard to the rise of Hitler and the Holocaust. Second, Mr. Dey’s ability to normalize extraordinary events is merely an exaggeration of a tendency native to us all. That we can apparently get used to anything is historically evident. Frighteningly, it is something we are living right now as populist leaders veer toward fascism in Europe and the United States, where a president sends troops to overcome dissident citizens.

It’s incumbent upon us to pay attention. The clock is ticking; there will not be many more Bruno Deys in the dock to remind us that indifference can be as deadly as passion – and that justice matters, no matter how long it takes. 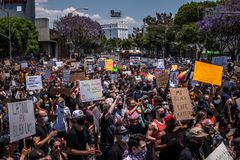