The Fourth of July once offered a momentary truce in the culture wars. Americans would come together in the spirit of 1776 to celebrate their collective experiment in forging a “more perfect union,” where all human beings, created equal, could live in liberty and pursue happiness.

Not any more. In 2020, even the names of George Washington and Thomas Jefferson are being removed from public schools and the Fourth of July is a touchy topic in itself. What is there to celebrate after nearly 250 years of white privilege, police brutality and systemic racism, during a pandemic that has hit Black and Hispanic Americans in disproportionate numbers?

The entire country is on edge. Everyone, including the President himself, is griping about something or someone. Instead of seeking to heal and unite his country, Donald Trump has decided to pour gasoline on the fire he started when he entered the Oval Office. He winks at white supremacists and evades his basic responsibilities, preferring to blame China for a pandemic that has thrust his entire country into deep economic and social distress.

Just 17 per cent of Americans who responded to a Pew Research Center poll released this week said they felt “proud” about the state of their country on the eve of its 244th birthday. They were far more likely to say they were angry (71 per cent) or fearful (66 per cent). The poll of 4,708 adults, with a margin of error of 1.8 per cent, showed Mr. Trump trailing presumptive Democratic presidential nominee Joe Biden by 10 percentage points among registered voters.

That will depend, of course, on whether people such as the McCloskeys, the St. Louis couple who were seen this week pointing guns at Black Lives Matter protesters marching past their palatial home, are outliers, or if they represent a lot of white suburbanites who are terrified of Democrats who have embraced calls to defund the police. The couple insisted, through their lawyers, that they were not opposed to the movement’s demands. Their actions spoke louder than words, however.

Democrats still need to be careful about alienating moderate suburban voters – and I wouldn’t put the McCloskeys in that category – who might sympathize with the cause of fighting systemic racism, but who are uncomfortable with some of the movement’s more radical demands. For now, Mr. Biden has refused to repudiate Washington and Jefferson, both of whom owned slaves. But as a result, he increasingly risks becoming entangled in the culture wars.

Mr. Biden has been benefiting from Mr. Trump’s implosion, rather than any groundswell of support for him personally. Though he leads Mr. Trump 54 per cent to 44 per cent in national voting intentions, two-thirds of Democratic supporters viewed their vote as being “against” Mr. Trump rather than “for” Mr. Biden. Fully 76 per cent of Trump supporters said they were voting for the President rather than against the Democratic nominee.

Despite Mr. Trump’s overall slide in the polls, he still retains a 53 per cent to 45 per cent lead over Mr. Biden among white voters. While 68 per cent of voters under 30 support Mr. Biden, they are far less enthusiastic about him than Mr. Trump’s supporters are about the President. This could become a problem for Mr. Biden. The progressive positions he needs to take to excite young voters could drive a wedge between him and suburban voters over 50.

Democrats have no reason then to be smug about Mr. Biden’s chances at this point. Just 28 per cent of voters told Pew that they thought the former vice-president would make a “good” or “great” president, compared to 37 per cent who referred to Mr. Trump as a good or great one. Just 40 per cent of voters described Mr. Biden as “very” or “somewhat” energetic, compared to 60 per cent who said Mr. Trump fit that description.

The odds are still against Mr. Trump. His approval rating has been in free fall in recent weeks as he lurches from one meltdown to another. And the U.S. economy is by no means on the mend, no matter how he tries to spin the numbers. If the pandemic continues to accelerate in red states that had been previously spared, he could even begin to lose his base.

Democrats, however, have problems of their own. They need to face up to them before it’s too late.

Investors are waking up to a possible Biden victory in U.S. presidential election
Subscriber content
July 8, 2020 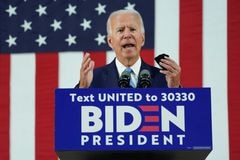 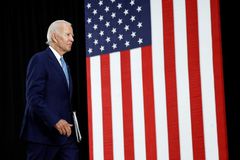 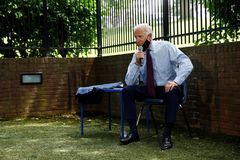