Thirty years ago this May, Soviet troops began their withdrawal from Afghanistan, marking the beginning of the end of the First Cold War. In the Second Cold War, it’s the West that appears to be in retreat. But appearances can be deceiving.

Yes, the United States and its allies are collectively weaker than at any time since the fall of the Berlin Wall. Theresa May’s modest response to what appears to be a brazen Russian nerve-agent attack on British soil earned declarations of solidarity from other NATO countries only because declarations cost so little, and because the Prime Minister was asking for no more.

No boycott of the World Cup in Moscow, no economy-crippling sanctions, no invoking of Article 5, declaring a NATO member has been attacked. Just some diplomatic expulsions.

Once again, President Vladimir Putin, who easily won a rigged re-election on Sunday, can thumb his nose at the West and get away with it.

But we are a very long way from the days when the Soviet Union sought to project power around the world and to replace democratic capitalism with socialism as the dominant ideology.

“I don’t think that the Russians have some broad policy to re-establish some Soviet-era hegemony,” says David Duke, a historian at Acadia University who specializes in Russia.

“But they’re probing for weaknesses, and wherever those weaknesses exist, they will exacerbate them in an attempt to re-establish what they believe is a rightful position of superpower status and respect in the world.”

Respect is a much more modest ambition than hegemony. If the West is weaker, so is Russia, in this contest of decline.

Marko Papic, a geopolitical strategist at Montreal-based BCA Research, observes that Russian aggression toward the West is targeted and sensible, from the perspective of its own self-interest.

“Russia is looking at the world very rationally, and is not interested in probing beyond its sphere of influence, because what would it gain to do that?” he points out.

From that perspective, Russia’s annexation of Crimea in 2014 and interference in Ukraine are reasonable reactions to Western encroachment on its sphere of influence.

From that perspective, Russian efforts to disrupt elections in the United States and elsewhere are predictable.

From that perspective, Russian cyberattacks on infrastructure, Russian meddling in the Middle East and Russian acts of revenge against traitors − as Mr. Putin sees them − who seek refuge in the West are consistent with the Russian leader’s efforts to restore the great-power status lost in the chaos and decline of the 1990s.

But it is a much weaker Russia that plays this great-power game.

Marta Dyczok, who specializes in Eastern European and Eurasian politics and history at Western University, doesn’t even like to use the words “Cold War” to describe the present conflict.

While Russia may probe and test and bedevil the West, she believes, it will never challenge Western dominance because it lacks the economic resources − Russia’s GDP is smaller than Canada’s − or soft-power influence. The countries of Eastern Europe do not wish to once again become client states of Mother Russia. Instead, they have joined the European Union and NATO.

It is also true that the trans-Atlantic relationship has rarely been more strained in confronting a challenge from Russia. As Douglas Ross, a political scientist at Simon Fraser University who specializes in strategic studies, points out, Britain and the European Union are both weakened by Brexit, even as Donald Trump’s populist isolationism undermines the Western Alliance and the global liberal trading order.

“And even without Trump, many American politicians are thinking about disengagement from European security,” he observes. There’s a sense in Washington, he believes, that it’s “time for ‘tough love’ toward the Euro-slackers,” and others, including Japan and Canada.

He wonders whether some senior British politicians might even welcome Russian troublemaking as a distraction from their own internal divisions, and to help justify a military buildup.

In these geopolitical struggles, Prof. Dyczok points out, the real challenge comes from China, whose economy rivals that of the United States and whose leadership assert that their version of authoritarian state-directed capitalism is superior to anything offered by the West.

“If one looks to where power is shifting, it’s not shifting to Russia,” she observes.

Something to bear in mind, the next time Mr. Putin seeks to make mischief.

Putin says 'nonsense' to think Russia would poison spy in Britain
March 18, 2018
Vladimir Putin strides to victory in Russian election, and to continued conflict with the West
March 19, 2018 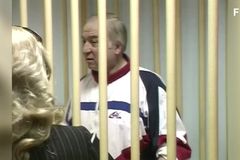