The B.C. budget is introducing two new major taxes on real estate. One is a so-called “speculation tax” that will apply to an estimated 15,000 homes – mostly targeting people who do not pay income tax in B.C. The other, billed as a new tax on luxury homes, will apply to almost 43,000 homes.

Both measures are expected to bring in the same annual revenue to government – $200-million each – but one tax has triggered an angry backlash that has the government scrambling, while the other has been accepted – at least for now – with barely a whisper of consternation.

The proposed annual tax on vacant and secondary homes, which has been branded by the province as a speculation tax, has triggered a furious response from Canadians who enjoy vacation homes here and the communities that rely on those part-time residents. Finance Minister Carole James is now wavering on the details of just who will pay it. “We want to look at all the questions … We are doing the responsible thing, which is taking the time to do it right,” she told reporters last week.

The province is drafting a list of exemptions and that list could be growing as her finance officials work furiously to produce the details that Ms. James has promised will be made public this spring.

The luxury home tax will create new tiers of the school tax paid on properties, which Ms. James says it is part of her effort to institute a fairer tax system where those with the means contribute more. But with astronomical property values in some communities, it will apply to many modest homes that happen to be sitting on real estate gold.

“It’s about the top 2 per cent of houses that are worth more than $3-million in this province,” she said. “There has not been a huge amount of feedback on this.”

However, the impact of the tax depends on where you live. In northern B.C. there are just 71 homes assessed at $3-million or higher. On Vancouver Island, more than 1,600 properties will be charged more.

But in Greater Vancouver, where real estate values have skyrocketed, almost 36,000 homes will be hit by the new luxury tax , particularly on Vancouver’s West Side. A modest bungalow in Dunbar with a single bathroom – assessed at $3.6-million because of the location – will be dinged by an extra $100 a month.

Andy Yan, director of Simon Fraser University’s city-planning program, mapped out the number of single-family homes in the city of Vancouver valued at $3-million or more. His map demonstrates there are a lot more than luxury homes that will be subject to the new tax.

Still, he calls the new revenue measure a model of progressive taxation.

“It’s not just progressive; it’s pragmatic,” he said. “It reflects the overall economic trends toward growth in wealth, and the profound concerns about free riders.” Income growth has not kept up with the astounding increase in the value of homes, so newcomers to the real estate market are struggling, while those who had the good fortune to buy before prices exploded have amassed great wealth, Mr. Yan said.

For a pensioner living in a modest Dunbar bungalow who might struggle to pay the new tax, he said there is the option to defer taxes until the property is sold. He sees chipping away at their equity like that is a needed modernization of the tax system.

“It’s part of what a 21st-century economy in British Columbia is looking like, and how do we change our public policy to reflect that reality and frankly use it to pay for amenities that we need to grow our economy.”

There has been little empathy for those who may have generated wealth on paper, but who don’t have the means to foot the bill that the government now expects them to pay. Even the Opposition Liberals have not mentioned this new tax in all their attacks on the NDP budget over the past three weeks.

Samantha Gale, executive director for the B.C. arm of the Canadian Mortgage Brokers Association, says the new school tax may not generate much sympathy from those struggling to break into the real estate market right now.

But just wait, she warns.

Residential properties that will be captured by the school-tax hike include single-family homes containing rental units such as basement suites, or homes divided into two or three suites. That means rental prices will be going up to absorb the new costs. This tax is billed as part of the NDP’s housing-affordability plan, but it could backfire when the tax bills arrive.

And, because the tiers for the new tax are fixed – with one rate kicking in at $3-million and a higher rate for properties valued above $4-million – she said the number of homes that cross those thresholds will continue to grow.

With house prices in the region typically doubling every seven to 10 years, all single-family homes in the Greater Vancouver area could be valued at more than $3-million in the not-too-distant future.

Then, perhaps, those who applaud the high-end home tax now might reconsider what tax fairness looks like. 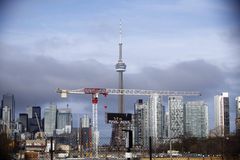