Among Canadians who have decisively altered social thinking, Alberta-born Erving Goffman doesn’t always get his due. Unlike John Kenneth Galbraith, who advised politicians, Mr. Goffman exerted influence entirely from the classrooms of Berkeley and Pennsylvania. His 1956 study, The Presentation of Self in Everyday Life ranks with Mr. Galbraith’s The Affluent Society (1958) as one of the most influential books of the century. Both stand as worthy successors to Thorstein Veblen’s The Theory of the Leisure Class (1899).

Prof. Goffman’s insights about the “dramaturgical” tendencies embedded in daily existence – the way we all stage and narrate our selfhood via media – are not only evergreen but growing in relevance by the week. They stand ahead of their time. (Self-presentation confession: recently, a book I wrote won an award named after Prof. Goffman. His enduring value has been on my mind.)

Selfies, Facebook, Instagram, Twitter, TikTok, and YouTube were all unknown to the ingenious social critic from the Prairies who went to Winnipeg’s St. John’s High School, also alma mater to Burton Cummings and Monty Hall. Yet he understood presciently that everyone wants to curate their own brief and lonely presence on this mortal plane. Media of all kinds are both the means and the lurking quagmires for a basic need to secure recognition and distinction.

Prof. Goffman thus catalogued and analyzed our creative, destructive, always endless efforts to shape a status-anxious life via shared sign-systems, from clothes, hairstyles, and gestures to encounters in house parties, office meetings, or clubs. What does it signify to go out in public wearing a bowling shirt, a leather jacket, or a striped college tie and blazer? With a shaved head, a high-and-tight haircut, or pigtails? What does it mean, nowadays, to post #blessed photos of your kid-centred vacation or your happy pets, or images of the meals you are about to eat? Mask or no mask?

One of my favourite, sad, pre-pandemic reads is a 2015 Vogue magazine article telling newbies how to “do” Instagram. What should you post? “Anything beautiful, awesome, hilarious, or amazing that evokes emotions,” it advised, “including but not limited to: laughter, appreciation, jealousy, inspiration.” I think they actually meant envy, not jealousy. Harmless, I guess – though envy does breed the sickness of resentment, as Nietzsche vividly demonstrated.

Prof. Goffman would also have seen that the current U.S. President is at once the biggest champion and pathological victim of relentless daily self-presentation. Donald Trump’s Twitter feed offers a sociological study in combined neediness and self-aggrandizement. The President’s spat with his Twitter enablers, nearly forgotten in the churning news cycle, alone illuminates this perverse lesson in the tangled logic of privilege and dramatization.

Kara Swisher, a media critic at The New York Times, argued that Mr. Trump now excels at a tactic she calls “teargaslighting,” deployed during June’s Black Lives Matters protests. “He has perfected a sick performative art form of playing the worst troll in Twitter’s history, even as he struts on the world stage with a flag backdrop and a White House podium playing a great leader.”

Another Times writer, Kevin Roose, weighed in: “The question of what kinds of online speech a world leader should be allowed to post on social media is mind-bendingly complex, with tons of conflicting priorities and few easy answers.” If anyone thinks this is complex, let alone mind-bendingly so, I refer them to modal logic or quantum mechanics. Twitter remains a private company, unbound by the First Amendment. They can publish whatever they want, and that’s exactly what they usually do – and what they monetize. Their halting attempts to regulate Mr. Trump, though welcome, have been curbed by the simple fact that he generates a reliable revenue stream.

Here’s what is, in fact, complex: negotiating a perpetual tsunami of misinformation, anger, incivility, and self-serving posturing, always aided and abetted by new platforms. Forget clothes. Lately, we have witnessed virtue-signaling, performative apologies, social-media “influencers” raised high then brought low, and every other possible species of 15-minute-fame-seeking, viral-video, brand-burnishing pseudo-celebrity. Last week’s swift downfall of stylist Jessica Mulroney, and the resignation of University of British Columbia Board of Governors chair Michael Korenberg, are only the latest in a long tally of social-media immolations: J. K. Rowling, Madonna, Gal Gadot, Alec Baldwin, Elon Musk, and even some interesting people.

Ms. Mulroney was bounced from her coveted status, and her paying media gigs, after toxic exchanges with a Black influencer, Sasha Exeter. Her husband Ben also took a fall, these days known as “stepping away.” Mr. Korenberg was caught liking racist tweets. In an interview, he claimed he was “not familiar” with the fact that his Twitter feed was public.

Really? He should read Erving Goffman, as everyone should. Everything social is presentational; and everything presentational is also political. Put the phone down, pick up the book. Opinion
Canadian prisons in the time of COVID-19: Recommendations for the pandemic and beyond
June 23, 2020 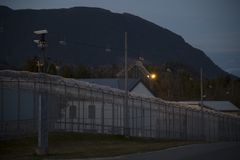 Opinion
Canada’s postpandemic education must not aim to keep our kids ‘safe'
June 23, 2020 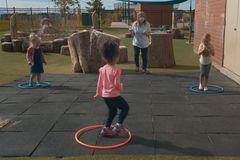