Tom Koch is an adjunct professor of medical geography at the University of British Columbia and the author of Disease Maps: Epidemics on the Ground and Cartographies of Disease: Maps, Mapping, and Medicine.

Whenever a new bacterium or virus arrives on the scene, what we know is always outweighed by what we have to learn. In learning about them, we need to become familiar with three things: the environment in which they evolved, the means by which they travel and how deadly they may be. Mindlessly intelligent, these microbes seek only space to evolve and procreate. When stressed, they seek new hosts and mutate to ensure their survival.

This newest member of the coronavirus family is no different. Like its predecessors, it evolved in animals we treat as meat and then made the jump to human beings. Areas of dense human populations where relatively poor people lack adequate health care and nutrition are more likely to see these types of viruses emerge. That this coronavirus made the leap to humans from animals consumed in open markets is no surprise. We have seen it before in Middle East respiratory syndrome (from camels), for instance, and with Ebola that evolved from bats to human hosts.

Last week 2019-nCoV′s genetic profile was identified, an extraordinary feat that just a decade ago would have taken months. What the profile showed was a very capable single RNA strand that appears at once stable and flexible and thus can potentially mutate again. That is what viruses do best: change and evolve in response to the environment and to us.

Like other coronaviruses and most of our microbial challengers, this virus doesn’t have wings. It doesn’t hitchhike on mosquitoes or birds or larger animals. It moves with us. At first, the virus was thought to be limited to people who had visited a food market in the Chinese city of Wuhan. Over time, we learned it could be transmitted like influenza from person to person. And because it’s a new virus without a vaccine, we are all susceptible.

What has made the spread of this virus so difficult to stop is that it seems to have a long incubation period – one in which infected people who show no symptoms may still transmit the virus to others. This is good for the virus, not so good for us.

Because in its early stages 2019-nCoV acts like influenza, distinguishing it from this year’s flu is difficult. Only when the respiratory symptoms become especially severe is it unmasked.

The good news is that once China realized it might have a new and contagious virus on its hands, it acted aggressively and appropriately. International health organizations were advised, and international experts charted and mapped its growth. China introduced quarantine programs early around Wuhan, where the virus first appeared, then elsewhere as it spread. But the viral cat was already out of the bag. Authorities were too late to stop its expansion. Before the quarantines were installed, other East Asian countries quickly developed cases, as travellers to and from infected cities in China carried the virus with them.

Restricting a new and expanding bacterium or virus means restraints on travel and trade. After all, we are the carriers, the means of viral transport. North America and Europe reacted quickly; many airlines suspended flights to and from China, and programs were mounted by governments to identify any cases that might have arrived undetected.

Perhaps the best news is that the mortality rate – the number who die from this virus – is relatively low. At present it looks little more deadly than the current influenza virus. While 2019-nCoV may develop into a pandemic – expanding in multiple countries – it isn’t unusually vicious.

Finally, this new virus is serving as a training program for the day when another new, more contagious, more deadly and less familiar virus appears on the scene. The World Health Organization is calling it “Disease X,” a more infectious microbe with a far higher mortality rate against which we will have few defences except quarantine and comfort care. It’s coming, but no one will predict when.

What we do know is that, at least since SARS, there has been a rapid evolution of animal-to-human viruses. We know many of the reasons why this is happening – a warming climate, global travel, income inequality, poverty, etc. – and those issues will not be resolved any time soon.

The real lesson here is that, for a variety of reasons we understand very well, microbes – bacterial and viral – are fast evolving and we, alas, are not.

Opinion
If not used properly, masks can actually promote the spread of viruses
March 11, 2020 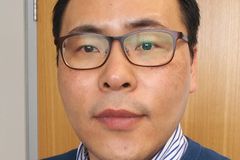 Opinion
Hongkongers have every right to protect themselves against the coronavirus
March 11, 2020 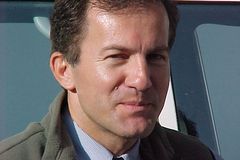 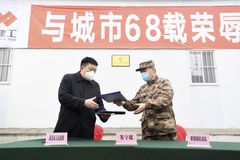