On Friday, The New York Times released a blockbuster exclusive: When U.S. President Donald Trump fired FBI director James Comey in May of 2017, law enforcement became so concerned by his behaviour that they began an investigation into whether the President was, in fact, operating as a Russian agent. The very idea of this was so fantastic and far-fetched that it wouldn’t pass muster for a cheap spy novel on sale at the airport bookstore. Surely it must be the product of a fever dream, an imagination that goes beyond the accepted limits of reality. But unfortunately this is now a real possibility, and its implausible nature is partly to blame for how long we ignored it in the first place.

In the summer of 2016, when Mr. Trump’s speeches began focusing on limiting the power of NATO and strangely obsessing over President Vladimir Putin and Russian interests, the narrative went largely unreported in the media because of its outlandishness. Even people inside the Trump campaign began wondering why the tone and focus had changed. But to consider whether a presidential candidate was under the sway of a foreign enemy was the stuff of conspiracy theory, a narrative so ridiculous it had to be fabricated.

Since then we’ve been witness to one piece of the puzzle after another: Trump officials lying about meetings with Russians, his inner circle seeking help to defeat Democratic candidate Hillary Clinton, clandestine communications with spies and intelligence officials, a massive effort by Russian forces to sway the 2016 presidential election, a continued propaganda push from across the world to help Mr. Trump’s agenda, a slew of indictments and guilty pleas and, perhaps most disturbing, the experience of watching Mr. Trump stand next to Mr. Putin and take his side over the word of U.S. intelligence.

For too long we’ve allowed this to take place simply because we weren’t able to wrap our minds around the possibility of a politician or a group of people being so ruthless and lacking in principle that they might commit treasonous acts.

For too long we’ve given Mr. Trump and his associates the benefit of the doubt and the cover of incredulousness.

For too long we’ve been in denial of the real possibility.

The facts have been there for the taking: Mr. Trump asking Russia to hack Ms. Clinton in 2016. Mr. Trump changing course to assist Russia’s agenda after hackers leaked e-mails that hurt the Democrats. Mr. Trump capitulating time and time and time again to Mr. Putin, a disgusting performance that can only be considered an act of infidelity.

Mr. Trump’s behaviour has not been strange. It’s not been outlandish or puzzling. It’s been a living and breathing narrative on our television screens. We have seen a man who plausibly shoulders a debt that may require him to be obedient and necessitate submission of our national goals and character.

This is, above all, a very real and very dangerous crisis. The time to wring our hands and hide behind faith and disbelief are over. To fully counter this possible betrayal we must look it dead in the face and begin to change our perception of what is feasible. Mr. Trump has capitalized on the good faith of the American people. In order to start healing, we must accept that, with this administration, with this group, with this movement that Mr. Trump embodies, almost anything is possible.

As Americans, we find ourselves on the precipice of an incredible abyss. Watching Mr. Trump harness the worst of our instincts to win the presidency was a moment of shock and panic that laid bare for the world our deepest-rooted faults and wounds. So many were surprised because they believed in the moral arc and trajectory of the country, as if it would always do the right thing and progress toward a better union. That hope is predicated on good faith, but is unfortunately divorced from reality.

We have all been witnesses. The possibility that the President of the United States is working for Russia is now real – and it may have worked because Americans wanted to believe in the best of people and the strength of our institutions. To return to that hope, to set that trajectory right again, we must stare the possibility of our failure in the face and name it. We simply cannot afford to look away any longer. 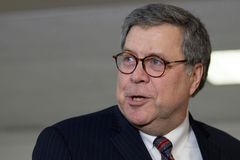 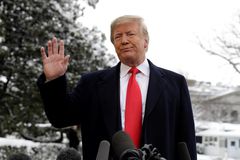